At Modern Mama we love celebrating local businesses and mompreneurs! Kelly is from England, UK and moved to Calgary in 2009, with her Husband Glenn. As avid snowboarders, cyclist and their general love for the great outdoors, the Rockies were too much to resist. In 2013 they were blessed with their first son, Owen, who only slept whilst moving in his stroller. This was great for daily outdoor exercise, but became problematic once the snow fell. Glenn being an engineer designed their first set of stroller skis, so they could continue to enjoy their winter walks. They wanted to share their awesome invention with other like minded parents, so founded Polar Stroller in 2014 and began manufacturing skis for strollers and bike trailers. 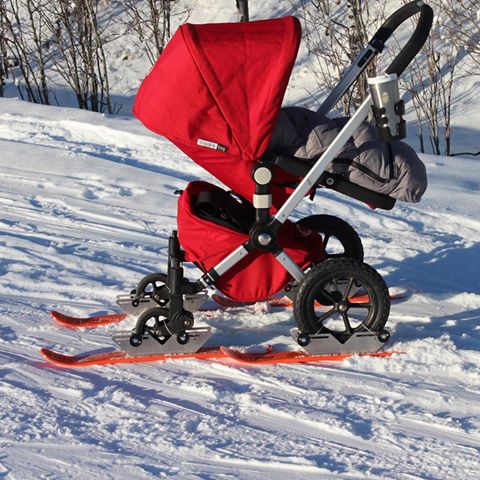