There are affiliate links below that I will receive a small commission if interested in purchasing the movies.

A high school senior finds herself caught up in an online game of truth or dare where qn an anonymous game of “watchers” control her every move.

A teenage girl discovers that she is destined to fight vampires.

A teenage girl is given thirteen hours to solve a labyrinth and save her baby brother when her wish for him to be taken is granted by the Goblin King.

A nanny is hired to watch a boy she soon discovers is a doll. After a series of mysterious events she begins to wonder if he is really alive.

A sleep study takes place in a huge mansion. The participants get more than they bargained for after the doctor advises them of the house’s ghostly past.

A teenage boy meets a mysterious man at a freak show who turns out to be a vampire.

A teen living under house arrest becomes convinced his neighbour is a serial killer.

In 1960 seven pre-teen outcasts fight an evil demon who poses as a child-killing clown. Thirty years later they reunite to stop him once and for all when “It” returns to their hometown.

A journalist must investigate a mysterious tape which seems to be causing the death of anyone who watches.

A boy communicates with spirits seeks the help of a child psychologist. 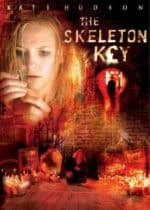 A hospice nurse working at a spooky plantation home finds herself caught up in a mystery involving voodoo and the house’s dark past.

Five medical students obsessed with the after life embark on a dangerous experiment by stopping their hearts for short periods of time.

Eccentric firearm heiress, Sarah Winchester, believes she is haunted by the souls of people killed by the Winchester Riffles.

A species of South American killer spider hitches a lift to the US in a coffin and starts to breed and kill.

This is Halloween meets Groundhog Day. A college student must re-live the day she is murdered until she discovers who the killer is.