Fountain Tire is celebrating 60 years this Summer and they know how to celebrate in style! They brought the Goodyear Blimp all the way up to Vancouver from Los Angeles for a week of exclusive flights over the Fraser Valley. 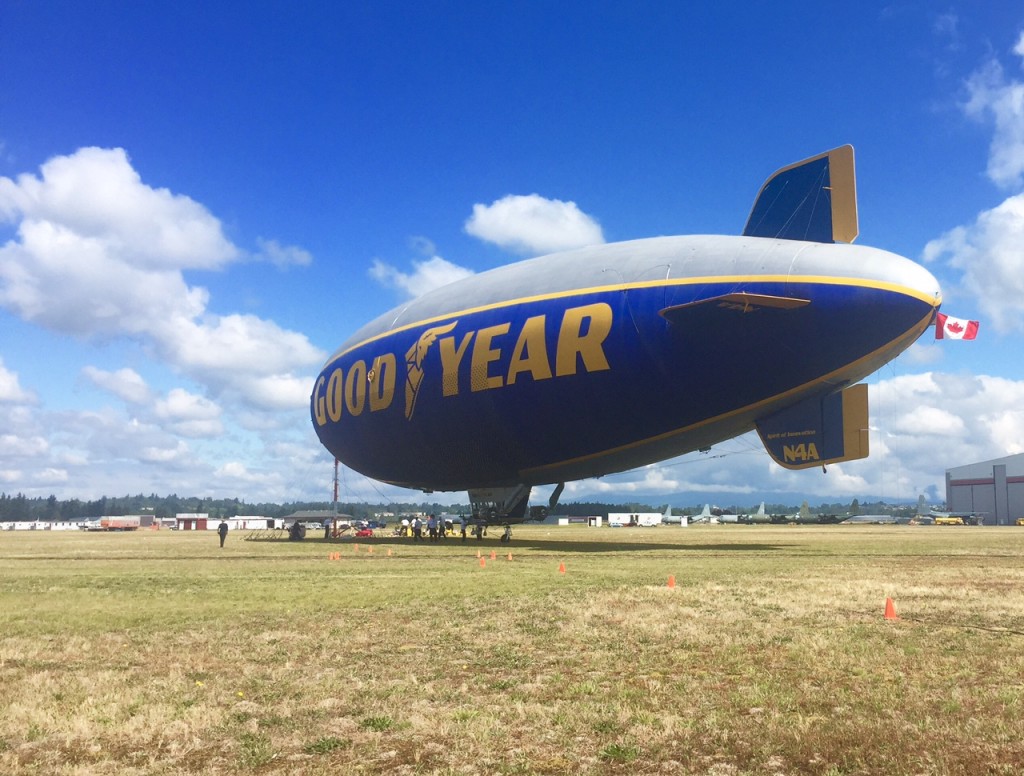 I had the pleasure of riding along on one of the one-hour flights over Abbotsford and the Valley, on this one-of-a-kind experience! 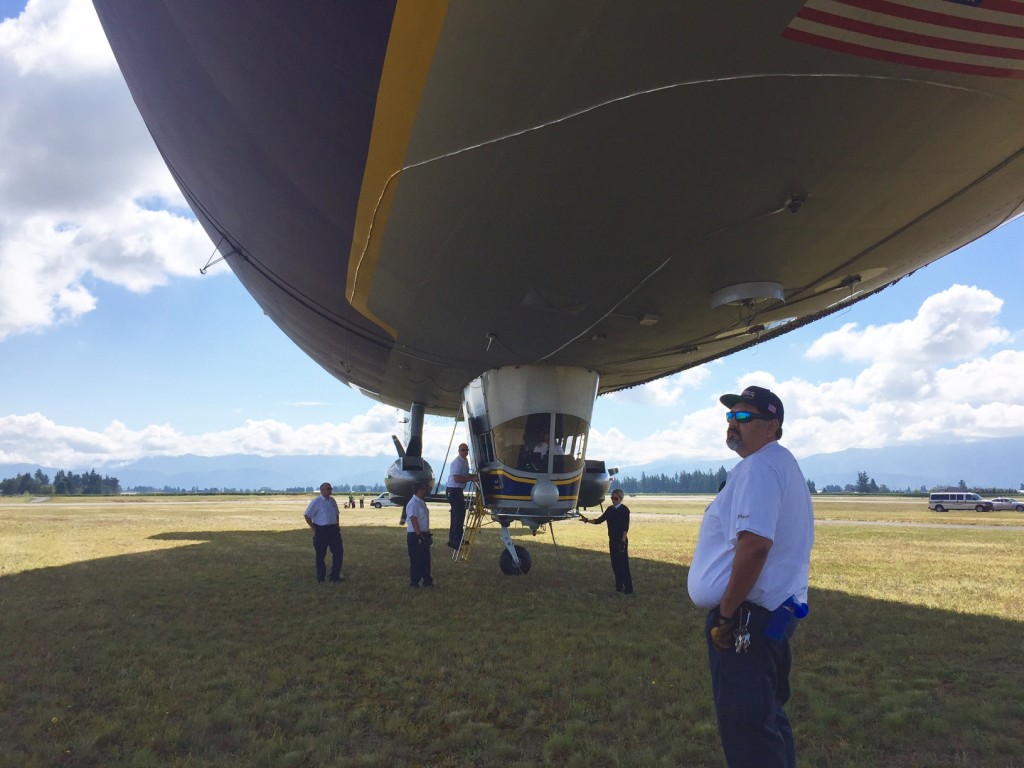 The gondola seats six including the pilot and is attached to the ballonet that’s just air and helium (enough helium to blow up 15 million birthday balloons). It’s powered by two pusher engines, which are louder than you would expect from a balloon-with-power. A rudder and elevator on the tail help it move up and down. The signature electronic billboard on the side of the ballonet contains 82,656 LEDs, and during our flight it was saluting Fountain Tire. 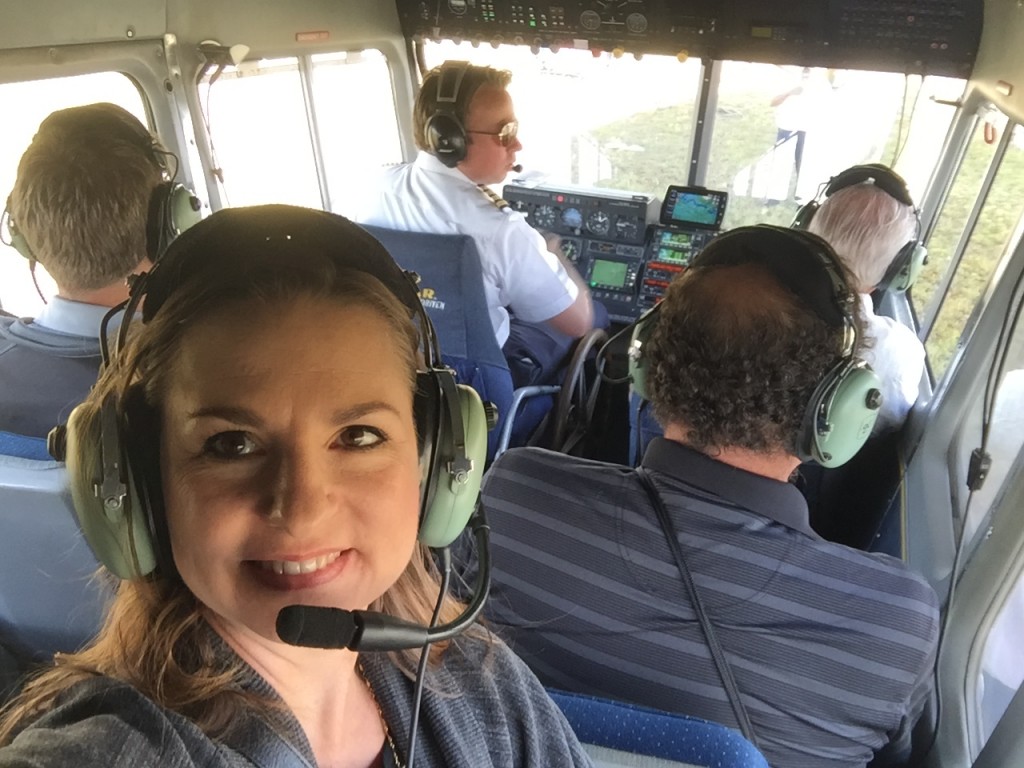 I was surprised most at how steep we flew up and that the Blimp was constantly going up and down along our flight.

I hope this video shows a little bit of this.

It was such a neat experience. Here is another brief clip from my snapchats from the day, of the neat take-off.