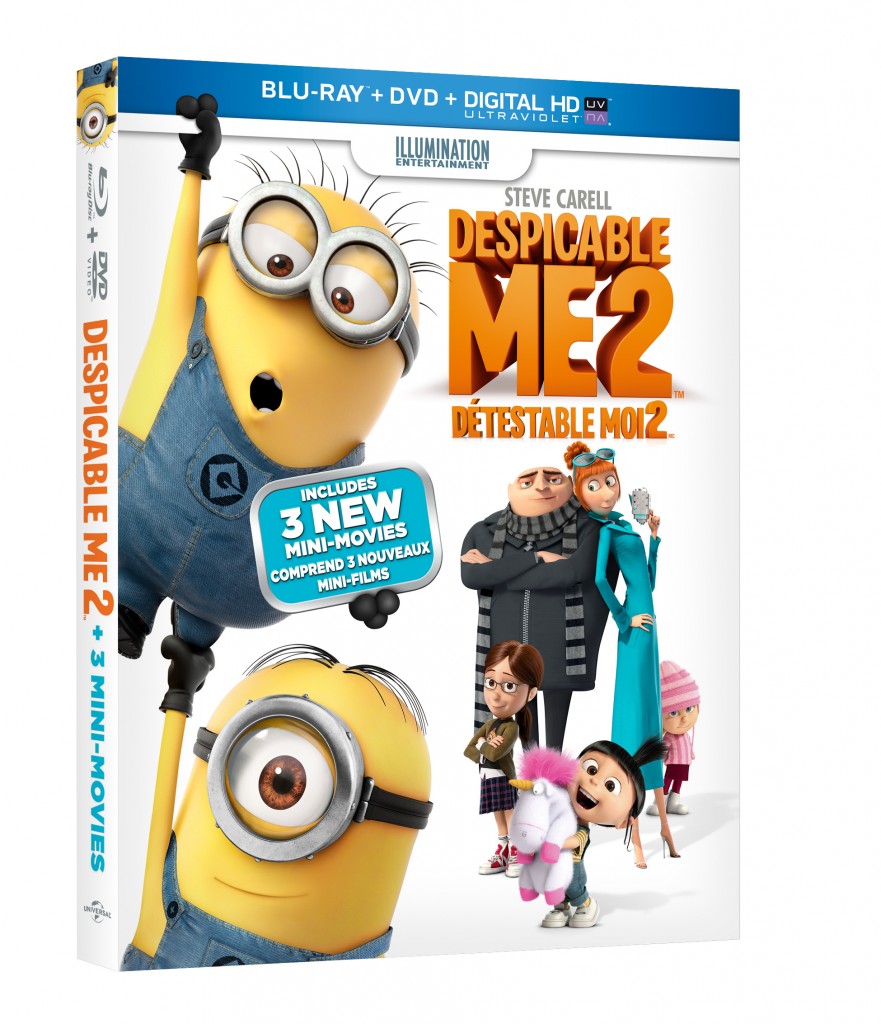 Gru, his adorable girls, and the mischievous Minions are back

A cast of unforgettable new characters are in the blockbuster sequel to the worldwide phenomenon, and the Blu-Ray Combo Pack is available December 10th.  Just as Gru has given up being super-bad to be a super-dad, the Anti-Villain League recruits him to track down a new criminal mastermind and save the world.   Partnered with secret agent Lucy Wilde, Gru, along with the wildly unpredictable Minions, must figure out how to keep his cover while also keeping up with his duties as a father.  Assemble the Minions for laugh-out-loud comedy in “one of the funniest, most enjoyable movies ever!” (MovieGuide®) The Cast is filled with stars once again: Steve Carell, Kristin Wiig, Benjamin Bratt, Miranda Cosgrove, Russell Brand, and many more.

My little Ivy fell in love with Despicable Me when she was only 18 months old, she demanded we watch ‘Bicky Me’ daily.  For her second Birthday, we enjoyed Minion cupcakes and her big sisters and I made giant life-sized Minions as decor. When Despicable Me 2 released this past summer, we raced to the theatre and it did not disappoint.  We can’t wait to watch it again on Blu-Ray next week.

Get the family together and have a movie night with the Minion Munch Chex party mix too! DM2+ChexPartyMix_RecipeCard My family adores movie night and we do it at least once a week at home.

We have 4 Blu-Ray Combo Packs to give away!

Enter below.  (Local pickup only in South Surrey, BC)
a Rafflecopter giveaway