Video games are our kid’s most requested gifts for any holiday and Christmas is no exception. There are always a wide variety of games released every year so I know finding appropriate games that your kids will love is always a challenge. Here is our list of must-have games for 2021. 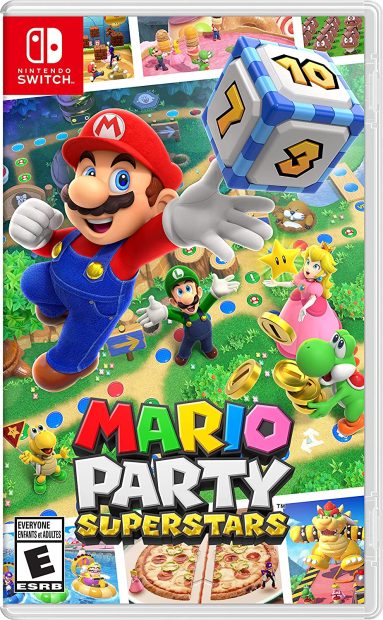 The Mario Party™ series is back with 5 classic boards from the Nintendo 64 Mario Party games. Race to get the most stars (and sabotage your opponents) on boards like the stellar Space Land or the spooky Horror Land! Party at your own pace by suspending a game and picking up right where you left off! The tides can turn quickly in Mario Party, so stay vigilant, partygoers. All modes can be played online*, too! 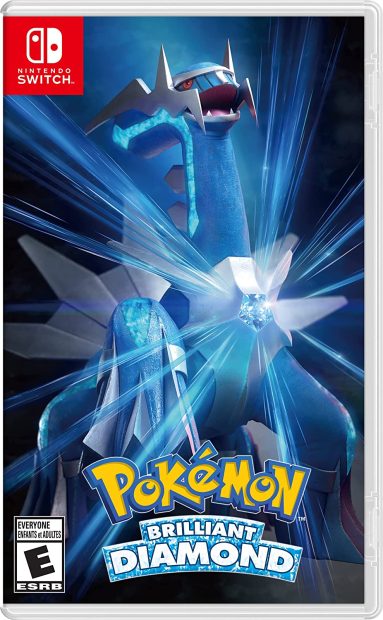 Rich in nature and with mighty Mount Coronet at its heart, Sinnoh is a land of many myths passed down through the ages. You’ll choose either Turtwig, Chimchar, or Piplup to be your first partner Pokémon and then set off on your journey to become the Champion of the Pokémon League. Along the way, you’ll run into the mysterious organization Team Galactic, and be able to encounter the Legendary Pokémon Dialga or Palkia.

Marvel’s Guardians Of The Galaxy 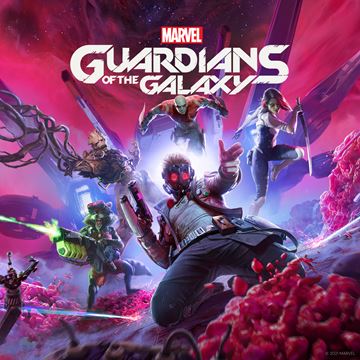 Fire up Star-Lord’s jet boots for a wild ride across the cosmos in this third-person action-adventure game, a fresh take on Marvel’s Guardians of the Galaxy. With the unpredictable Guardians at your side, blast your way from one explosive situation to another, with original and iconic Marvel characters caught in a struggle for the fate of the universe. 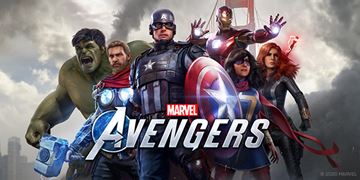 Marvel’s Avengers offers players a truly rich experience and combines the single player focused Reassemble story campaign with the ongoing Avengers Initiative’s War Zone missions, which take the Avengers around the world and beyond. Each mission in the Reassemble campaign is designed to showcase one or more hero’s unique abilities, while the Avengers Initiative missions can be played solo with your own custom AI team or with a group of up to four players* as any Hero in the player’s roster. Marvel’s Avengers Expansion: Black Panther – War for Wakanda is now available as a free update to all owners of the core game, and adds Black Panther, the ninth playable Super Hero for the game, two new villains, a brand-new environment to explore, new enemies, the Birnin Zana Outpost, new solo or multiplayer Drop Zone and Threat Sector missions and more, adding the most content to Marvel’s Avengers since the game’s launch.

Knockout City, a thrilling team-based multiplayer game that delivers dodgeball-inspired action like never before. This ain’t dodgeball, it’s dodgebrawl. With the intense thrill of competition, and the humor and absurdity found only in dodgeball, Knockout City challenges dodgebrawlers to a fast-paced gameplay experience packed with its own unique style. Knockout City players will discover interactive environments as they brawl their way through five action-packed multiplayer maps and six distinct ball types. Players can also “ball-up” and become their own weapon to be thrown by teammates in fast-paced matches. With cross-play and cross-progression, up to 32 friends can team up across platforms to form Crews, and even switch between platforms with progress intact, to take down rival Crews and be crowned the best. Characters and Crews are highly customizable, letting stylish players show off their unique looks with hundreds of cosmetic items and progression levels including outfits, hairstyles, gliders, taunts, KO effects and more. 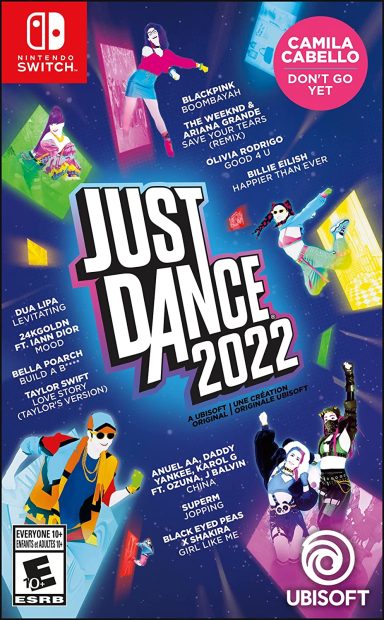 Just Dance 2022, the ultimate dance game, is back with new environments and 40 hot new tracks from chart-topping hits like “Don’t Go Yet” by Camila Cabello, “Love Story (Taylor’s Version)” by Taylor Swift, “Happier Than Ever” by Billie Eilish, and more. 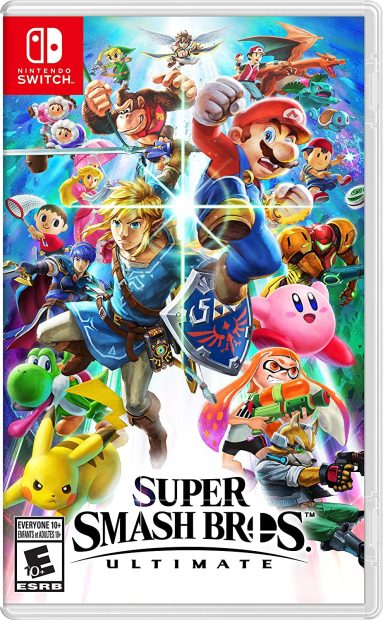 Legendary game worlds and fighters collide in the ultimate showdown—a new entry in the Super Smash Bros. Series for the Nintendo Switch system! New fighters, like Inkling from the Splatoon series and Ridley from the Metroid series, make their Super Smash Bros. Series debut alongside every Super Smash Bros. Fighter in the series…EVER! Fast combat, new items, new attacks, new defensive options, and more will keep the battle raging whether you’re at home or on the go! 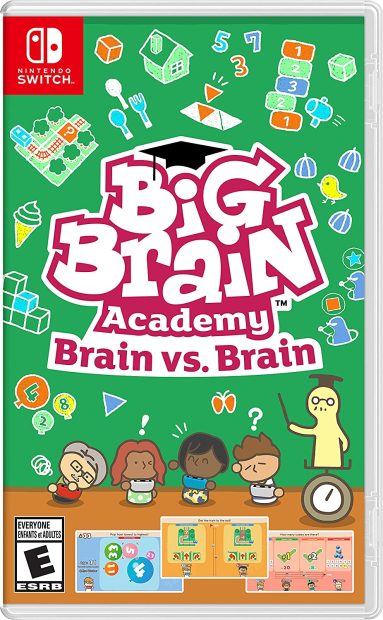 In this easy-to-learn, tough-to-master game, you will get the chance to go brain-to-brain with others in a series of activities that test your wits and reflexes. You can also set your own difficulty level, making it easy for players of all ages and skill levels to play together. This fun and clever game is perfect for family gatherings or a little fun competition among friends. 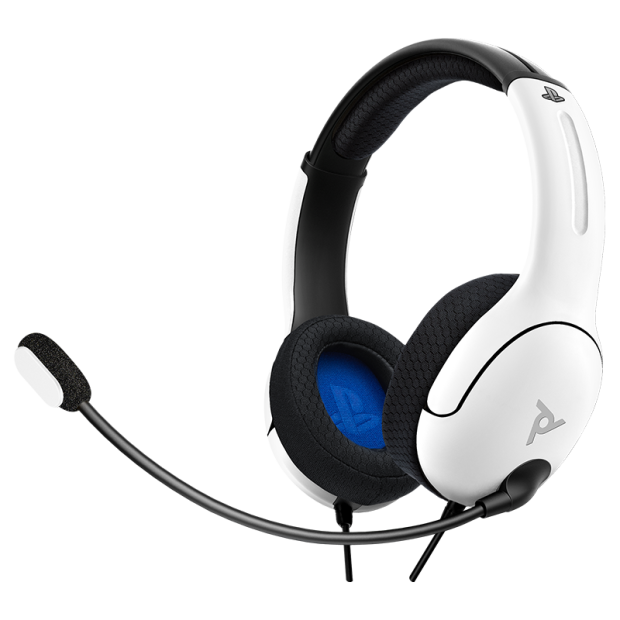 With a comfortable, lightweight build and powerful 40mm speaker drivers, and a flip-to-mute microphone, the LVL40 headset is perfect for long gaming sessions. 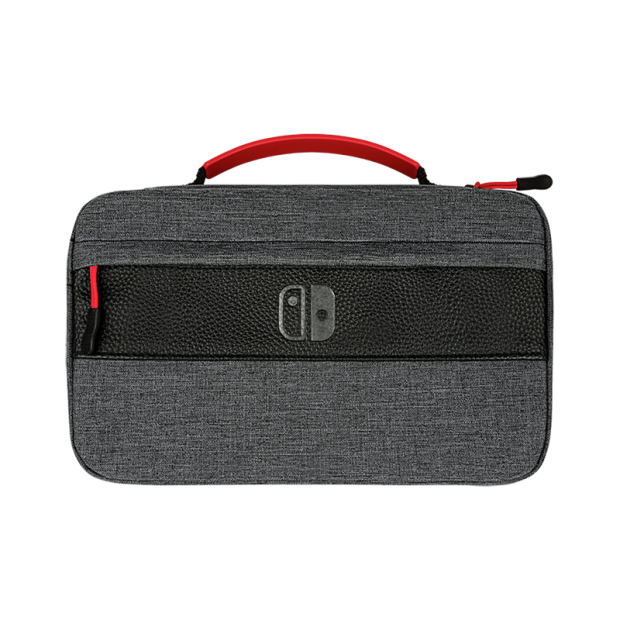 Whether you’re traveling to a tournament or just taking an overnight trip, the Commuter Case will deliver a custom fit for all your gear! Pack up your Nintendo Switch, Switch Lite, or Switch OLED Model in a variety of stylish designs. 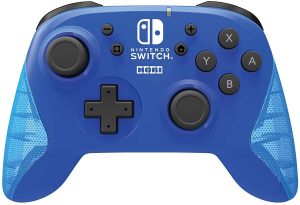 Be bound by cables and disposable batteries no longer! Hori introduces the Nintendo switch wireless HORIPAD. The built-in rechargeable lithium-ion battery and Bluetooth wireless technology gives you freedom with a 32-foot range and 15-plus hours of battery life. Lightweight yet solid, the snappy and responsive wireless HORIPAD is equipped with an accelerometer and gyroscope for full motion control, making it the go-to choice for Nintendo switch gamers.

*Disclosure: We did receive samples of these products in exchange for inclusion. As always all our opinions are our own*