I was gifted tickets to this year’s show. 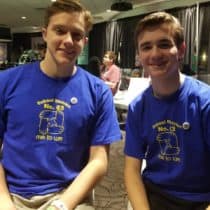 I had the opportunity to speak with Richard Jurasek and Rhys Middleton about their Me to We Leadership project and Get Doing award. The Salmon Arm students have been involved with Me to We leadership projects since grade 6. They have been involved with numerous projects including WE Create Change, a WE initiative that engages students in learning about financial literacy. Starting in 2006, District 83 Leadership Committee has lead an annual Toonie Tuesday fundraiser. Students and staff have raised over $130,000 to support both local and global causes. Youth in District 83 write proposals to the committee who determines where the funds raised will go. Global funds from Toonie Tuesday have built schools and adopted villages in Sierra Leone, Kenya, Ghana, rural China, Ecuador, Nicaragua and Tanzania. The boys want youth and others to be inspired to get involved any way that they feel like they can and hope that people realize that a small difference can make a huge change. In knowing that organizations like Me to We are helping youth realize that people will take them seriously and that growth comes from one person.Richard and Rhys are currently applying for colleges.

I didn’t get a chance to speak with Rachael about her Get Doing Award win but she is a member of WE Schools club at Sir Alexander Mackenzie and has been very engaged with a variety of projects, including anti-bullying initiatives. Rachael and her peers ran an assembly on cyber bullying at their school, educating their peers on how to identify cyberbullying and the different methods in prevention. Sir Alexander Mackenzie’s WE Schools club also put on a bake sale during their parent and teacher conference and along with the Robin Hood Grant, raised $1000 towards education in Sierra Leone.

Six Ways To Get Doing 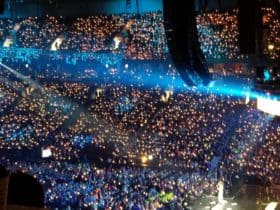 Our future change makers at the Vancouver WE Day