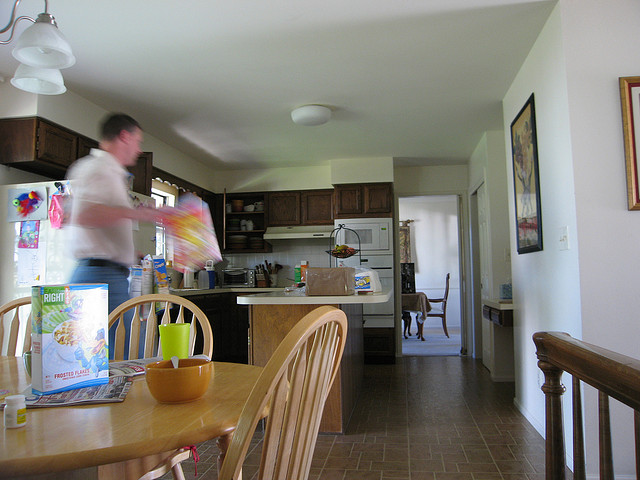 When I had my son, Jacob, in 2011, I was blessed by my family and friends with multiple baby showers, special handmade items, and baby necessities that I didn’t even know existed before I was a parent.  I had a freezer full of food, a perfectly put together nursery just waiting for my son’s arrival, and a house that was clean down to its foundation.  I was well rested, well prepared, and mentally ready.

Fast forward to May of this year when I gave birth to my daughter, Audrey.  I had been laid off three weeks prior to the beginning of my maternity leave, the day after we signed our lives away on the mortgage to a new house.  Most of our belongings were in storage from staging our old house, and we barely managed to move into the new place two weeks prior to Audrey’s arrival.

Take into consideration the fact we wrote off two vehicles the month prior and that our lives were in transition in every possible way and you can imagine I was a wreck.  Throw in a toddler who is not only dealing with the addition of a sibling, but the loss of the only home he’d ever known, and you get complete chaos.  When Audrey arrived, there was no food in my freezer, piles of unlabeled boxes in every possible corner, and an unassembled crib in the “nursery”.

I had been told that transitioning to two children would be difficult, but I had no idea how difficult it was actually going to be.  The only thing that saved me was the support of family and friends who knew better than I did what I needed the second time around.  Here’s what they gave me:

So while a beautiful outfit or gift is surely appreciated, be reminded that sometimes the best gifts don’t come in bags or boxes.  Instead, they may come in the form of investment in a relationship and meeting a new family’s needs.

Daina is a wife to Darryl, mother to Jacob (2 years) and Audrey (3 weeks) who lives in Edmonton, Alberta.  She enjoys spending time with her family and friends and looks forward to the day where she can once again have more than 3 hours consecutive sleep.