The city of Vancouver is booming with amazing talent all across the board and across all ages. There are so many great opportunities for everyone to find exactly what they love and if theatre is that thing you are especially in luck here in YVR. One of the coolest places to feed your child’s inner drama geek is Arts Umbrella’s great youth theatre programs.

A great way to check out what they have to offer, with your kids in tow, is by going to see one of their upcoming performances at their Expressions Theatre Festival, running May 17-26 at the Waterfront Theatre.  With the theatre being over in Granville Island you can even make a day or night of it! There are lots of great spots to eat and shops to browse while over in the area – not to mention a great park for kids! This year their lineup is going to be great, just check out all the great shows they will have below: 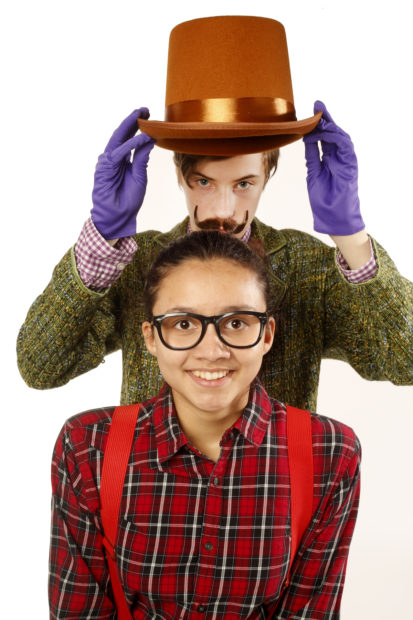 Outside In
May 17 at 7pm and May 25 at 9pm
Cabins, campfires, games and a culminating gala make for an entertaining time as eight teens join a weeklong camp. However, sometimes reality flips and each character finds themselves weaving in and out of their own self-image. With the prevalence of social media focused on curating the ‘perfect image’ Outside In explores how self-image can play a role in how we feel about ourselves. Created and performed by the Arts Umbrella Laboratory Theatre Troupe, who learn the process of developing original works, this astute play will leave audiences contemplating their own self-image long after the final curtain call.

Oklahoma!
May 18 – 20 at 2pm and May 18, 20, 22, 23 & 26 at 7pm
Celebrating its 75th anniversary, Rodgers & Hammerstein’s first collaboration remains their most innovative, having set the standards and established the rules of musical theatre as we know it today. Join the Arts Umbrella Musical Theatre Troupe as they take audiences to the Western American frontier just after the turn of the century. A high-spirited rivalry between the local farmers and cowboys provides the colorful background against which Curly, a rugged cowboy, and Laurey, a charming farm girl, play out their love story. Although the road to true love never runs smooth, with these two headstrong romantics holding the reins, love’s journey is as bumpy as a surrey ride down a country road.

The Phoenician Women
May 17 & 19 at 9pm and May 24 at 7pm (Double Bill with Missing)
The Arts Umbrella Senior Theatre Troupe presents a modern take on Euripides’ classic Greek tragedy, The Phoenician Women. Using a blend of homemade masks to hide each actors gender and daring physicality, the Senior Theatre Troupe explores the repercussions of fate and the ever-present power of will, and delves into the consequences of war, control, innocence, and patriotism. Set in Thebes, the play is centred on the fateful history of the house of Laios following the tragic fall of Oedipus Rex. As the two sons of Oedipus battle over control of the city, the chorus of Phoenician Women find themselves trapped in Thebes by war on their way to Delphi.

Missing
May 24 at 7pm (Double Bill with The Phoenician Women)
A contemporary fairytale about two poor children surviving desperate circumstances through a rich mix of imaginative power, loyalty, and love. Inspired by true events and performed by Arts Umbrella’s Theatre Conservatory with special guest actor and Arts Umbrella graduate Douglas Ennenberg, currently starring in Little Mountain Lion Productions Mr. Burns, a Post-Electric Play, Charles Way’s Missing is a gripping take on the story of Hansel and Gretel as their dysfunctional family life spirals from bad to worse. In a ominous world of deceit and unknown dangers, Hansel desperately searches for his missing sister and uncovers disturbing clues that suggest things may not be what they seem. With a seemingly evil step-mother, who is content with letting the police handle things, it is up to Hansel to save his sister. 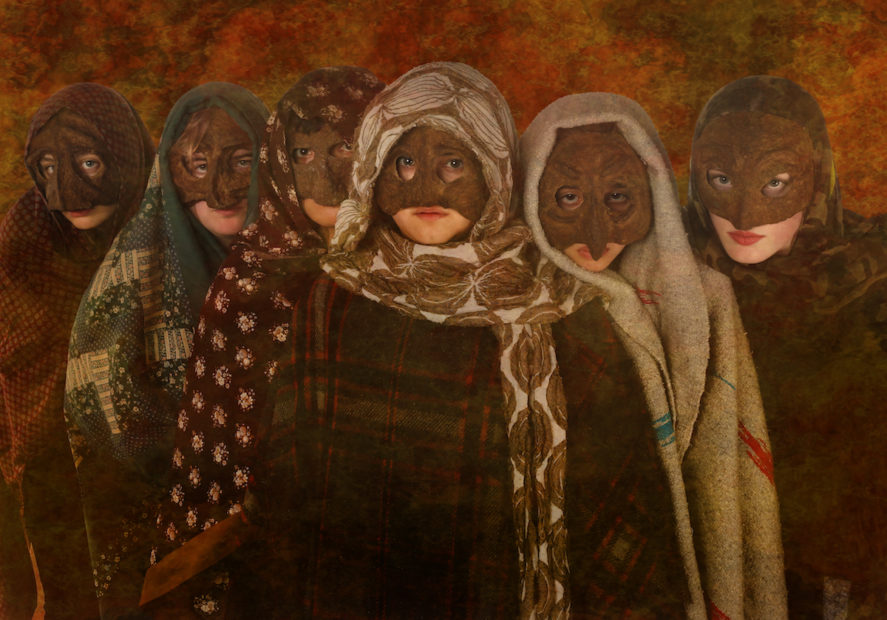 With so much to see you and your little stage star are bound to find something to light that spark within them! This is a great chance to bond and have a great time as a family and us here at Modern Mama and the great folks at Arts Umbrella want to give you the chance to win a family pack of four tickets to their production of Oklahoma!

Make sure you enter to win for your families chance at a great day out on us!