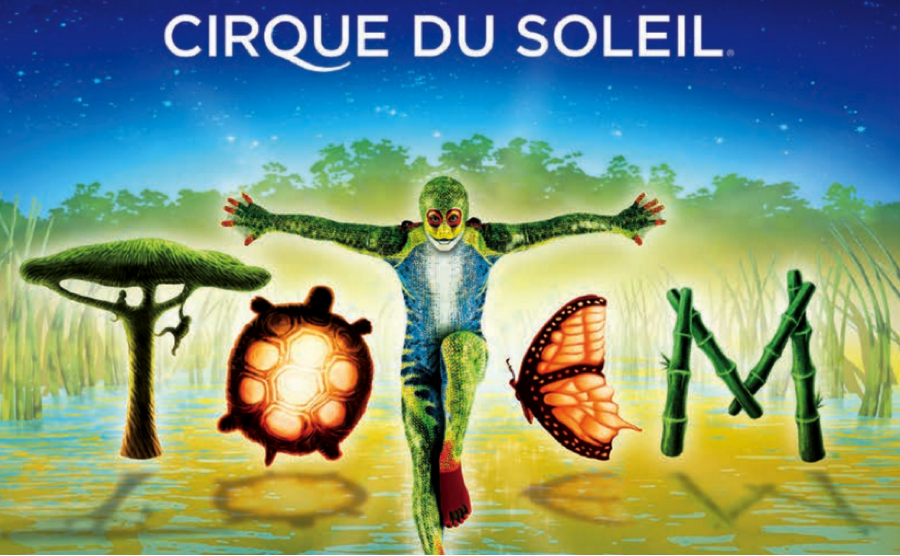 I have had the pleasure of seeing several Cirque du Soleil shows in the past so I’m already a huge Cirque fan. The traveling show Amaluna and resident shows in Las Vegas: Zumanity, Mystere and Ka in addition to last night’s performance of Totem were all amazing.

First of all, is this show family friendly? Absolutely. The traveling shows are appropriate for families and I would say a 4+ year old would sit through this performance. We took my three girls to see Amaluna when it was in Vancouver in 2013, and my then-4-year old Ivy absolutely adored the show. Totem is just as (if not more) family friendly.

The word “totem” contains the idea of the order of species. We carry in our bodies the potential of all species, all the way to our desire to fly—like the thunderbird at the top of the totem pole. 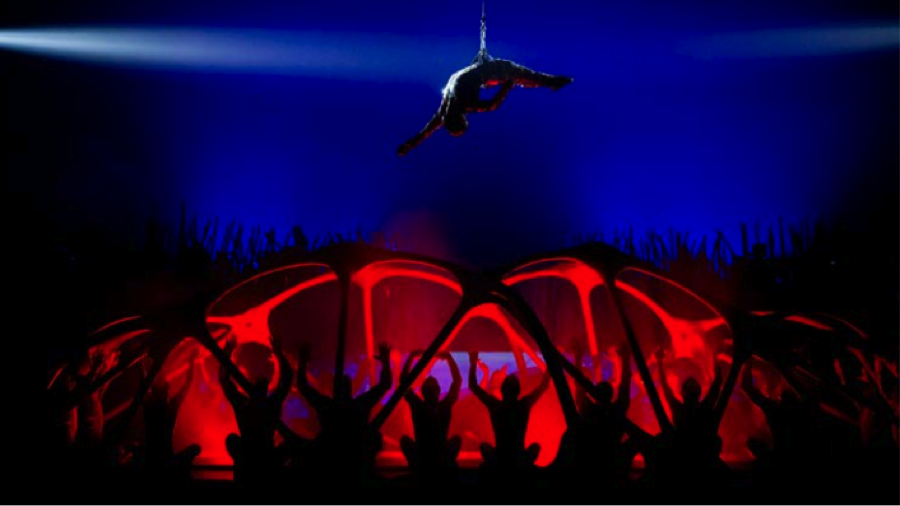 The highlights of Totem for me, were the opening scene (shown above) where “a giant turtle at centre stage represents the origins of life on Earth. The creature’s shell is whisked away to reveal an effervescent community of amphibians and fish that lives beneath its carapace. They burst into a playful parallel bars number, with artists embodying frogs launching themselves into the air from a power track and leaping from one bar to the next, criss-crossing in mid-air with inches to spare.” My favourite Cirque scenes are always ones which include many performers on stage at once, it’s goose-bump inducing.

The real crowd pleaser (and the talk of everyone around me at Intermission) was the Unicycles and Bowls ladies. They showed immense balance and skill while twirling around on unicycles catching bowls on their heads. “Five unicyclists juggle metal bowls in an astounding display of agility, balance, synchronized control and physical grace, tossing the bowls with their feet—sometimes over their shoulders—and catching them on their heads without using their hands.” 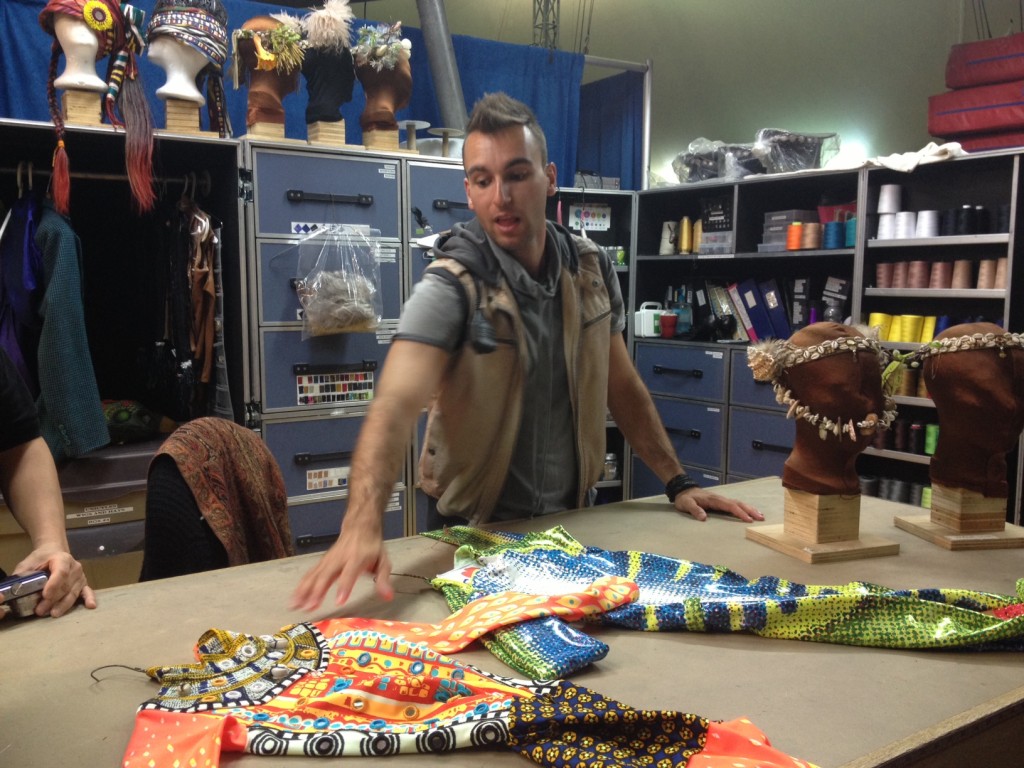 We had the honour of visiting backstage and learning a little about the Cirque du Soleil Totem tour after the show. I was amazed to learn it takes 65 semi trucks and 120 people to run the show.  Vancouver is the 26th city on this tour and Totem has been performing for four years. The costumes alone take up one entire semi trailer with 1500 pieces of wardrobe. All Cirque du Soleil costumes are specifically designed, hand-painted and hand crafted by Cirque du Soleil, and washed and cared for daily, on the tour site. Every costume has special touches such as small details sewn onto them—including bolts and screws as well as feathers and insects. The foot-juggling crystal ladies each have 3500 crystals adorning their costumes with an additional 1000 on their headdresses. 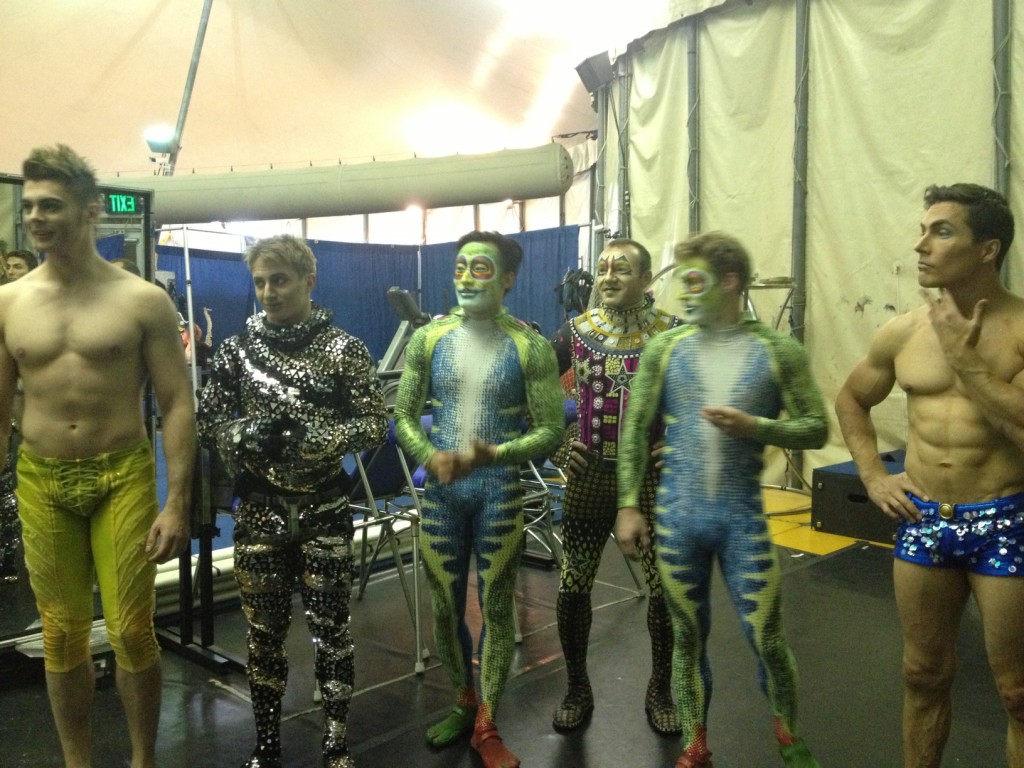 We met seven performers from all over the world from Paris to China and even Florida, all with their own unique background and story.

Each new Cirque du Soleil performer must undergo up to 18 hours of makeup application training at the headquarters in Montreal (which employs 2000 employees) as they apply their own makeup and costume for an hour prior to each performance daily. 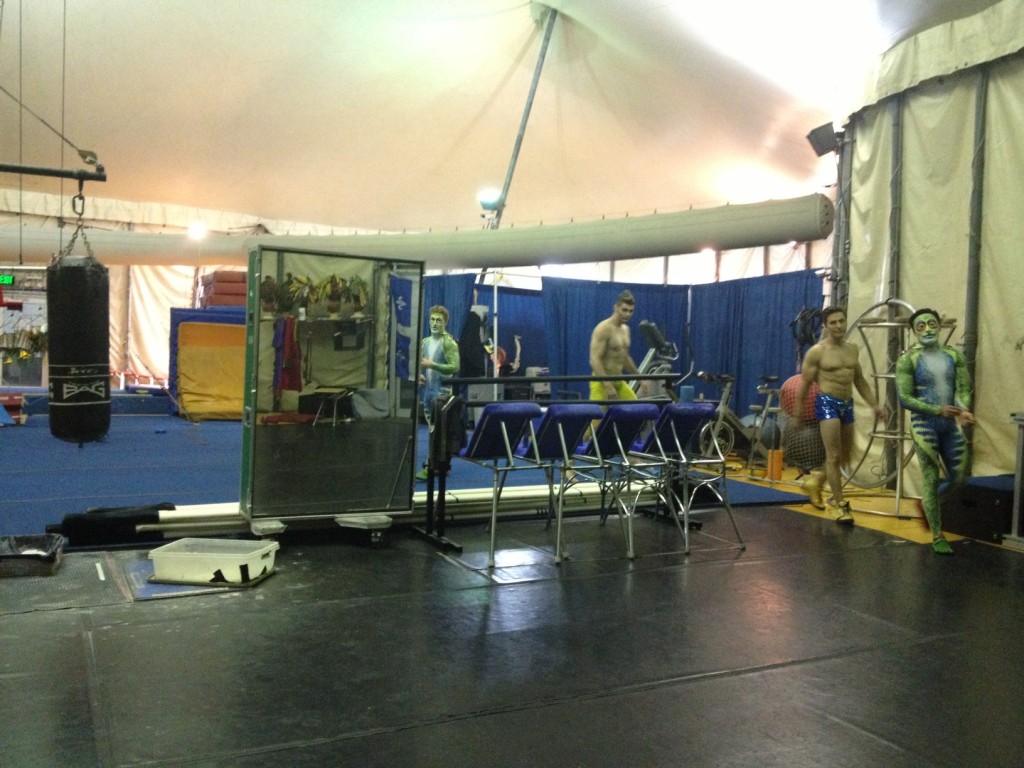 Backstage under the tent in the practice and conditioning area. The show travels with two physiotherapists to keep everyone healthy through nine performances per week for months at a time. 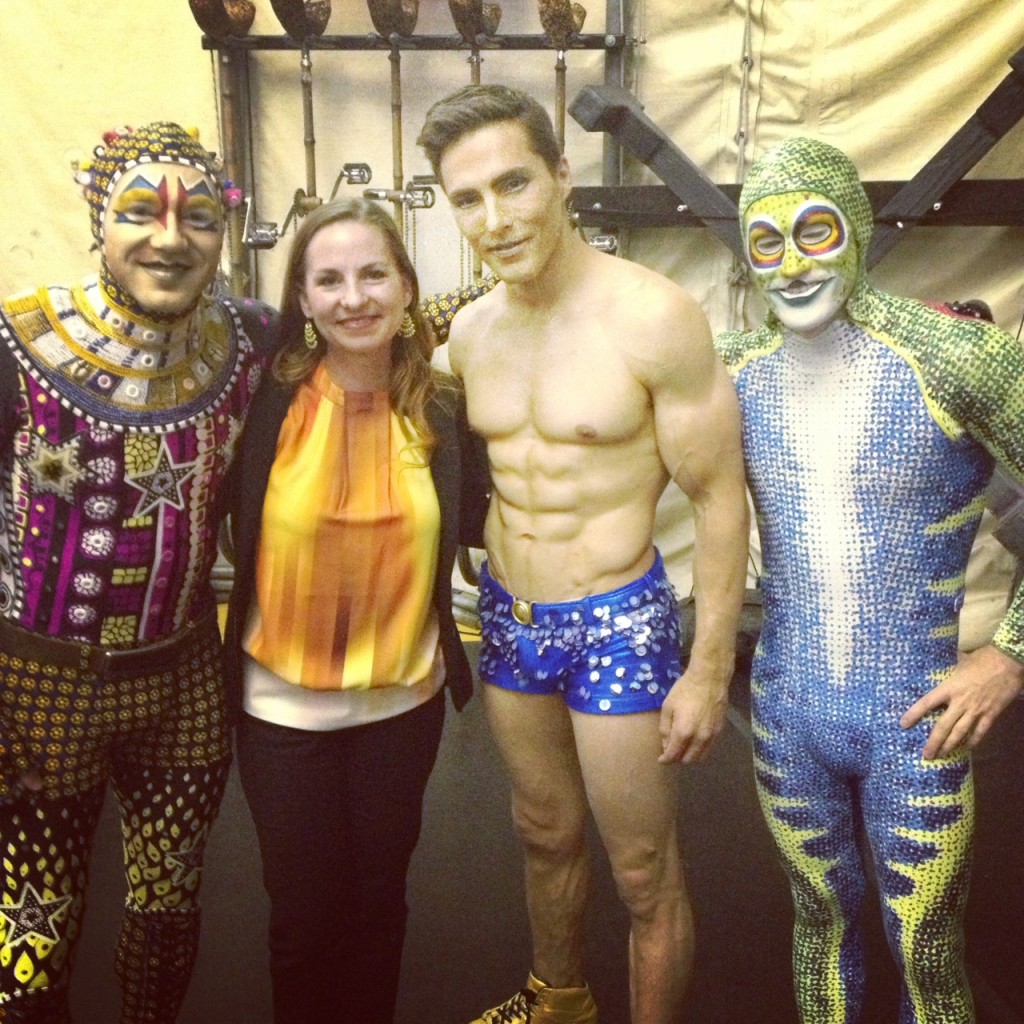 I adored meeting these talented performers and learning more about Cirque du Soleil!

Tickets are on sale now for TOTEM running in Vancouver through to July 6 here.