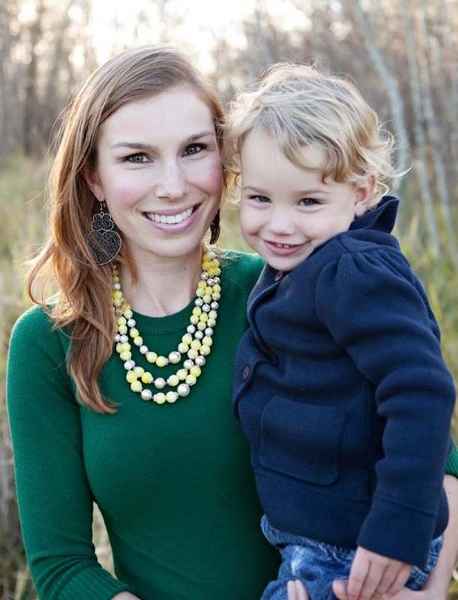 My Sojourn Through Birth and Into a Doula

On March 29th 2002 I gave birth to my first son Roka Raine. It was a wonderful and unexpected gift of life.

Finding out I was going to be a mom at the age of nineteen left me feeling utterly shocked. I had just returned home from planting trees with my unborn baby’s dad and after finding out of my unexpected pregnancy, my plans to travel the world and live life through crazy adventurous eyes would now come to an end. We had already planned a trip to Costa Rica after all our hard tree planting work. Since this was a new relationship the two of us thought the trip would be good for us. However, the trip was cut short and we returned home. Sure enough our whirlwind romance deteriorated quickly shortly after.

I soon began to realize I was on this journey of motherhood, pregnancy and birth— alone. I decided to have a doula that could be my rock for the remainder of my pregnancy and of course the inevitable birth. She travelled back and forth from her home in Saskatoon to my home in Prince Albert, Saskatchewan. At this time midwives were not covered by our provincial healthcare system. I was preparing for a hospital birth.

My doula prepared me with all sorts of knowledge and books on natural childbirth, informed me about my birth rights in a hospital setting, and of course provided countless hours on the phone giving me emotional support.

I now had the courage and an educated opinion to question my doctor when I felt something was not right. By the end of the nine months my doula became more and more of a dear friend whom I could share anything with.

I went into labour on the evening of March 28th 2002. My mucous plug fell out, and I called my doula who had an hour and a half drive to Prince Albert. When she arrived after midnight I was having steady hard contractions and bloody show. I had a cup of red raspberry leaf tea and we made our way to the hospital.1 When we arrived, I was 9.5 cm dilated, the nurses were frantic as this was not normal for a woman to come in this dilated. They also had never encountered a doula before!

After my initial check, I objected to anyone checking me again as I knew I was on my way and my body was doing what it knew. I was there to have my baby and that was it. I wanted no IV, and no fetal monitoring strapped on. I knew that if I was strapped to the bed with continuous monitoring it would prevent me from walking around and force me to lie on my back—which would increase my sensations of pain and would not help bring my baby down. I needed gravity to do that. But I was fine if the nurses used the doppler to listen to my baby.

My doctor, who had been following me prenatally and been open to my wishes throughout my pregnancy, pulled my doula out of my labour and delivery room, during transition, to lecture her on the information she had given me! It was so distressing for me to not have her support at this very important time at the end of my labour. I did not think that it was very thoughtful.

I ended up pushing for 1. 5 hours and my doctor suggested a vacuum extraction. I said no and my doula encouraged him to allow me to push a little longer, especially because the baby was sounding fine. I eventually birthed my baby naturally. In total my labour and delivery lasted seven hours with no tears, no drugs, and no interventions of any sort. He weighed 7 pounds, 9 ounces.  As a single teen mother I felt very proud of my achievement. It was such a good start to parenting.

Seven years passed before I became pregnant again. I had been a single mom for three years, raising my son, and going to school. It is during this time that I met my husband. We were married in 2008. Now in a more secure place in my life, I so badly wanted to have another baby the way I planned, through marriage and with security.

In 2009 we were residing in Cranbrook, British Columbia, where midwives were covered by the health care system. These midwives could support me within a hospital or home setting as long as I had a low risk pregnancy. We choose a hospital birth as we lived out of town, and also because I had not given birth in 7 years and I really did not know what to expect this time around. It made me feel more confident to go to the hospital. Plus I had a good experience the first time around! I felt a midwife would provide the very same support I had received from my doula from my fist birth experience.  I also knew having a midwife would give me the best chances to have a non-interventional birth.

The birth story of my wonderful second baby boy Sojourner Stone was in its own unique way beautiful as well. I was 40 weeks pregnant and took castor oil with a lemon verbena cocktail2 to induce labour. And did it ever! I was very ready to go into labor as I was already 2.5 cm dilated.  My water broke after a few contractions at 1:30 pm and I began to get strong contractions almost immediately. When we arrived at the hospital on our whirlwind drive there, I was 10 cm dilated. We joined my midwife at the hospital as the first stage of labor only took about 1.5 hours to full dilation. My midwife encouraged me to push almost immediately and we thought our baby would be born any moment. Not exactly what happened, I pushed for over 2.5 hours. I was exhausted, confused, and frustrated. I was left to deal with my own thoughts and insecurities of why this was happening to me. I felt abandoned, and at a loss, even after the birth of my baby. He finally did emerge, but with many questions unanswered. During this time, I felt great pressure I my bottom, making me feel as though I should begin to gently push. My baby was finally born naturally at 6:30 pm on April 20th 2009. He was 8 pounds, 1 ounce.

I look back on this second birth and I realize that all the things I had assumed my midwife would do did not happen. This assumption was put there because of my previous doula experience which had been so wonderful. I believed I would be getting the same emotional and physical support from the midwives that I received from my doula. Like anything you really have to do your research or you may be disappointed with the outcome. I also realized that being a doula or a midwife does not guarantee everything. It’s really important to click with both your midwife and doula and ask questions about how they do things.

After six months I become pregnant again with my third beautiful baby Nalanii Night. This was obviously quite a surprise. In the past year we had just moved twice, and my husband had switched careers and I was now a stay at home mom still adjusting to leaving a previous life as a very career-driven independent woman. With this pregnancy came anxiety over unresolved feelings around my last birth. We were in a new community and there were so many unanswered questions as to why Sojourner took so long to emerge from my womb. I immediately contacted a doula in the Edmonton area, who gave me amazing emotional support. From there I made contact with midwives in our area, which was incredibly hard, but thankfully I got a spot into a wonderful midwifery practice.

My experience with these midwives was nothing short of amazing, not at all what I had experienced last.

I did get the emotional support that I so desired from my midwife. She understood my fears and concerns from my previous birth, and fully understood why I would want a home birth this time around. I chose a homebirth this time, because I truly wanted this to be a silent, union between my husband, I and our beautiful baby in the most special place I could think of.

Through the nine months I created an amazing bond with another midwife outside of the practice I attended. She counselled me on all my fears and unresolved issues from my previous birth, and I was a survivor. By the end of my last trimester, I felt so secure with the knowledge and education that was given to me by midwife, I was completely ready to have my baby.

I had the most amazing beautiful natural birth in the privacy of my own home. Just how I had envisioned countless times. On the morning of August 15th 2010, I thought I may be in labor, I was not due for 2 more days. I prayed faithfully for this moment and I felt this was the day. So I called my midwife and asked her if she would stop by to check me. I was unsure as to whether I was in labour but knew something was happening. She came by our home around 12:30 pm and I was already 7 cm dilated.

That warm sunny August afternoon only 2.5 hours later did my baby girl emerge wonderfully from my body in a pool of water, with my husband and my midwife by my side. This was the healing birth I needed to move through my fear and anxiety. Now as a doula, I can share my experiences with other expecting mothers.

I became a doula because this is a journey that woman of all walks of life take.

I love the transformation from girl to woman it has given me.  The strength to be assertive, and regain the power of my body that has always been within it.  I am a doula and I love being there to support all women through their Sojourn as well!

Melissa Baker is a certified doula and provides postpartum doula care through her company, Loving the Mother Doula Support, to families in St. Albert and surrounding areas. She is also the Director of the Edmonton chapter of Perinatal Mood Disorder Awareness Ltd.