My name is Jennifer and I would like to introduce myself as the new Director of Modern Mama Spruce Grove/Stony Plain. I have been attending Modern Mama events since I first became a mother in 2009 and when the opportunity came to be a part of this wonderful organization, I jumped at the chance.

I am a born and raised Albertan, growing up in Tofield, a small town East of Edmonton. I hold a Payroll Compliance Practitioner certification, as well as a diploma in Business Administration majoring in Human Resource Management, and the majority of my career I have spent working in payroll. In 2009, my oldest daughter, Brooklyn was born. I became a single mother shortly after she was born, and while it was difficult at times, being a mother was the best thing to ever happen to me. I met my husband and his son, Brody, in 2010. I consider my husband, Dave, to be my best friend and I felt like the luckiest girl in the world to marry him in September 2013. We were blessed once again when our daughter, Hannah, was born a year later in 2014. I was lucky to be able to have a home birth with both of our older children present. Hannah was so excited to meet us that I almost delivered her myself!! Thank goodness my midwife showed up when she did though! 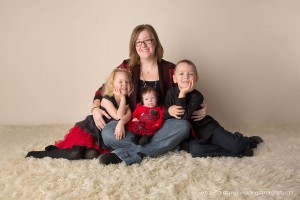 I can’t say everything has been fantastic though. When Hannah was 2 weeks old, we received devastating news that she has Cystic Fibrosis (CF). CF is a genetic disease that mainly affects the digestive system and lungs. You can read more about CF here. Hannah requires daily physio and digestive enzymes before every meal to fight off the effects of this disease. While this was a hard thing to learn, we are blessed that she was born in a time where medicine has made many advances and the average life span of a CF patient is now 50 years.

Our family have called Spruce Grove home for the past 2 years and we have come to enjoy everything about the community. I am excited to be able to share motherhood and support other mothers in their journey, bring fun events and valuable workshops to the community, and be able to show everyone what Spruce Grove and Stony Plain has to offer.