Join the party of the year with all of your most cherished characters! Koba Entertainment is proud to bring families across Canada Koba’s Great Big Show featuring characters from Canada’s #1 preschool channel, Treehouse, including The Backyardigans, Max & Ruby, Franklin the Turtle and Mike the Knight™. 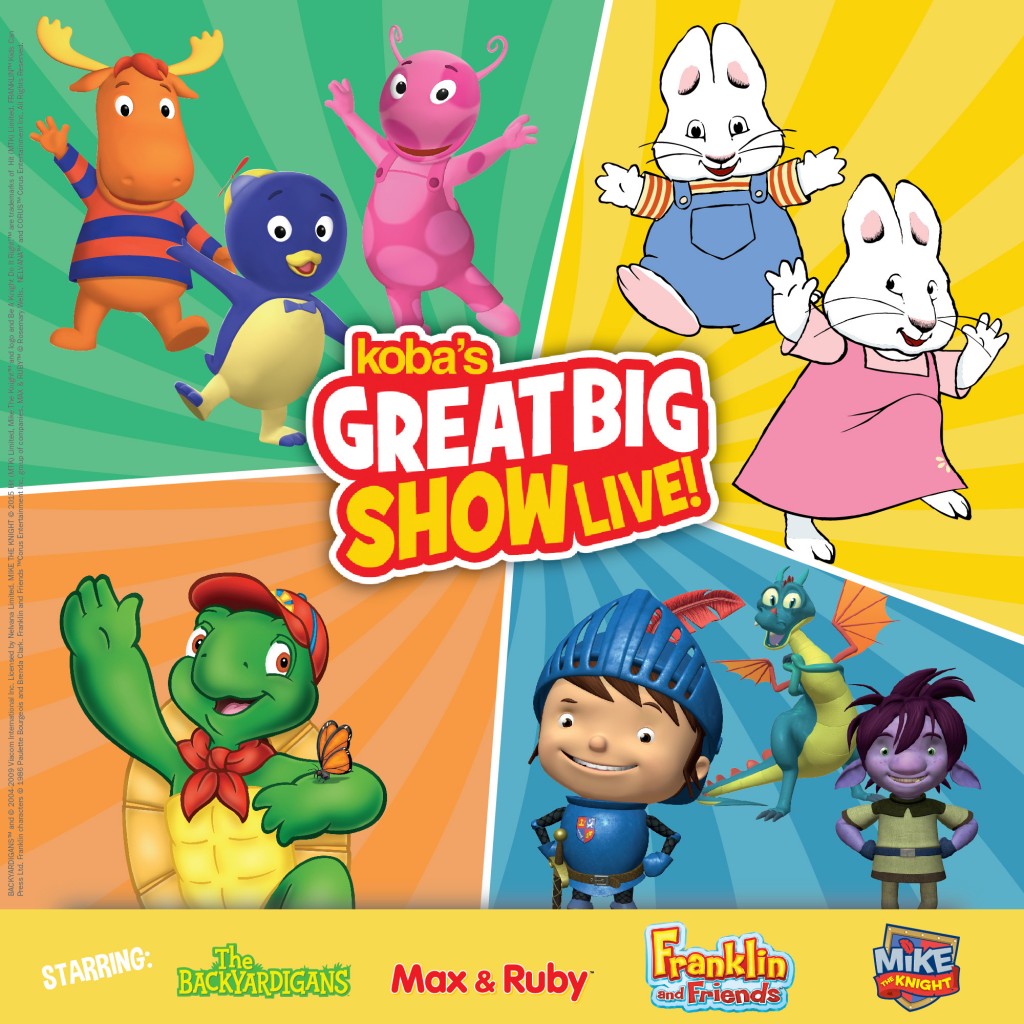 In “Koba’s The Great Big Show,” families embark on a musical adventure that encompasses Koba’s most popular stage productions. The imaginative Backyardigans travel from the frozen north to the sunny seas and home again just in time for a snack. “Hilarious results arise when everybody’s favourite bunny siblings Max & Ruby encounter strange party guests,” says Caplette. Fans will also have fun playing riddles and rhymes with Franklin the Turtle and his Woodland pals. They’ll also join the chivalrous Mike the Knight and his friends on adventures in the magical kingdom of Glendragon. For more information, visit www.GreatBigShowOnTour.com.

The Great Big Show is coming to Edmonton on March 12th but Presale starts now!

Get your tickets now:

Koba Entertainment has been captivating audiences throughout the world with celebrated characters from literature, television, and pop culture. Koba Entertainment productions have enchanted people of all ages in more than 165 North American cities, 12 countries and 4 continents. Production credits for young audiences include: Bubble Guppies, Toopy & Binoo, and Dora the Explorer. For more information, visit: www.koba-entertainment.com.