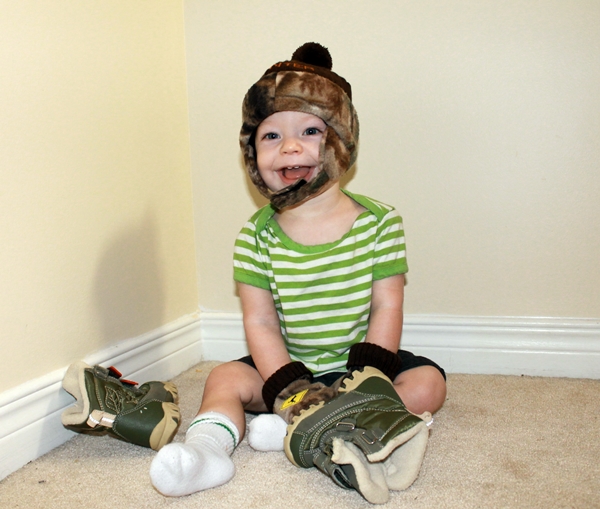 What is it about babies that make fully-grown people say the silliest things? In the cases of parents, at least in my case anyway, I would say the cause is sleep deprivation. I hardly remember completing a sentence the first few months after I had my son. I’m pretty sure out there somewhere there is someone waiting for me to finish the conversation that I started with them. However it’s not just parents that are susceptible. More often than not, it’s the ‘conversations’ with strangers walking down the street that leave me grasping for words for entirely different reasons.

Of course I should be thankful for the unsolicited advice that I get.  I just don’t know how my son would have survived these past 9 months without the kindness of strangers.  I’m sure almost all mamas feel exactly the same way I do. I mean just the other day it was only about 500 degrees outside and I decided to take my son to the mall, mostly to enjoy their free air conditioning and I had the audacity to only dress him in shorts and a t-shirt; no socks, shoes or 40 below rated parka. What was I thinking? Didn’t I know that under-dressing babies was the leading cause of cases of retail related frostbite?  If that kind lady hadn’t told me that my son was probably cold, who knows how many fingers and toes he would have left?

I get it. These people have children, grandchildren, nieces, adopted sponsor children in Africa, and clearly I am a new mama without a lot of experience.  I am not infallible, nor would I ever claim to be. I have on occasion made mistakes, like the first time we took our son out and forgot his diaper bag.  What a dangerous blunder that was. Like most new parenting mistakes I ended up covered in one form of bodily fluid or another; I’ll let you guess which one.  But, I digress. Just as parents must allow their children to make mistakes so they will learn, I as a parent need to be allowed to make these mistakes so I can become a better parent.  You had better believe that I never left the house unprepared again.

However, not all of these remarks from strangers are of the advice variety. I will never forget the first time I let my son sit by himself in the shopping cart. He was a little unsteady but he was gripping the pole that keeps the cart inside the store to keep himself sitting upright. We were both proud.  Waiting in line I heard a woman pull up her cart behind me. Glancing back I could see her looking wistfully at my son as she exclaimed “Oh cute! He’s going to be a pole dancer!”  Of course, there being a lack of other pole related professions (firefighter, fisherman, hydro worker, pole vaulter, tight rope walker) I can see where she made that assumption.

To be honest though, the majority of the time my conversations with strangers consist of being told how cute my son is and to ask about his age and development and more often than not I find it hard to resist these people. What mama doesn’t love bragging about their kid a little? To the rest let me offer a piece of advice of my own. Silence is golden. Besides, it might be the only moment of it I get that day!