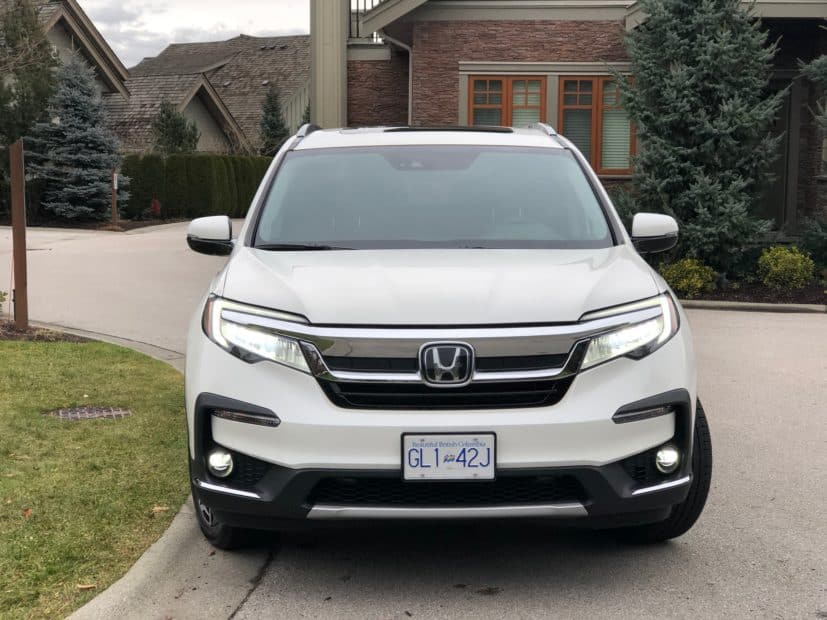 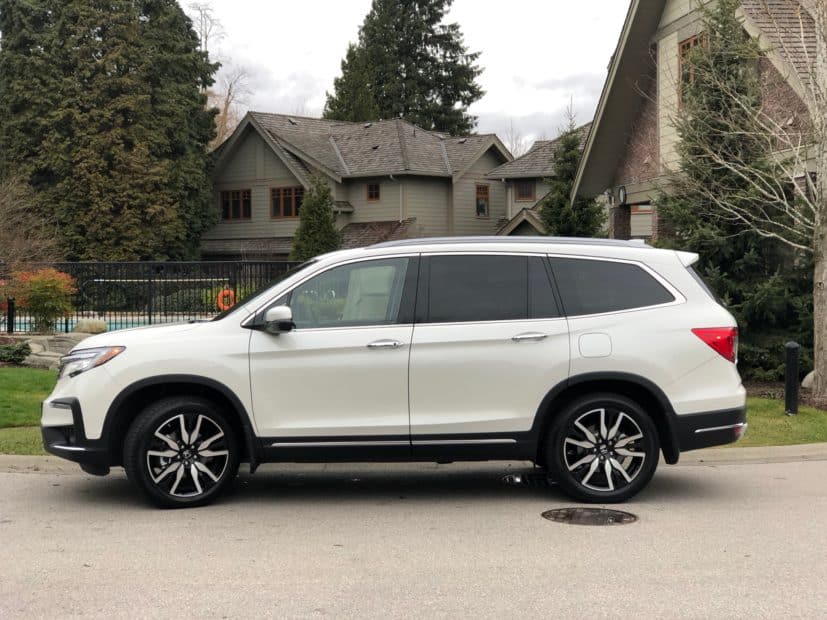 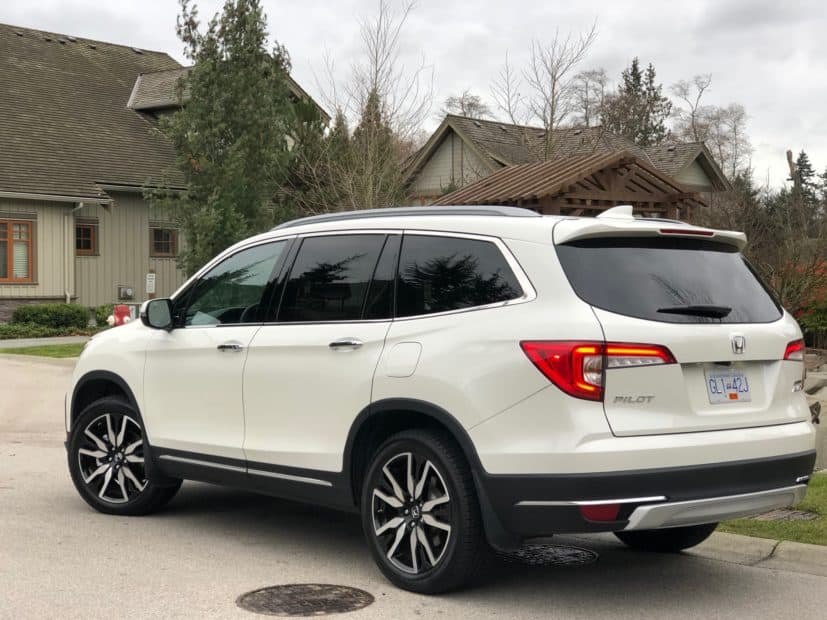 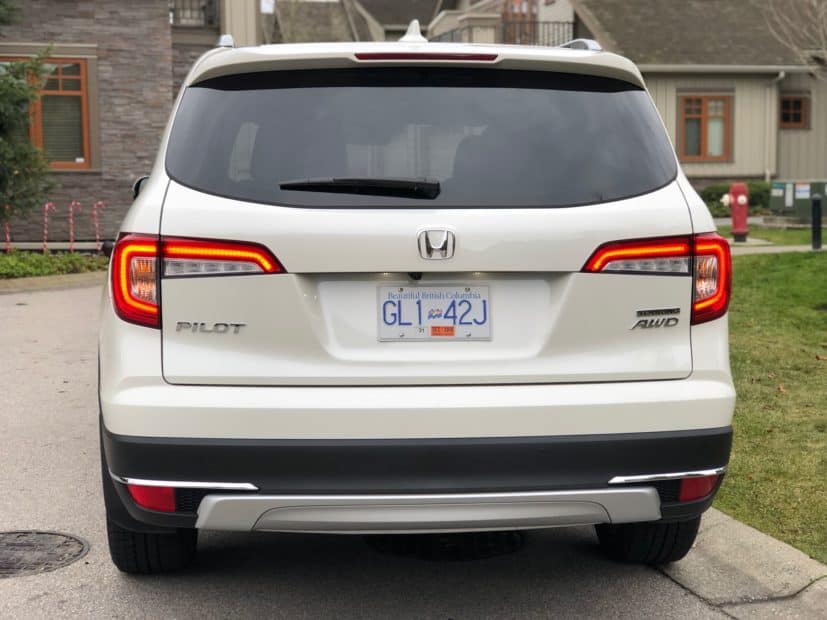 The redesigned and refreshed 2019 Honda Pilot brings with it a long list of upgrades. The numerous changes include a bold exterior styling, an available new hands-free power tailgate, substantial powertrain refinements, upgrades to connected-car technology, a standard new Display Audio touchscreen system with Apple CarPlay™ and Android Auto™ integration, and a volume knob. The 2019 Pilot LX carries a starting Manufacturer’s Suggested Retail Price of $41,090 and tops out at $53,990 for the new Black Edition.

(The addition of the volume knob is huge – I really disliked previous Honda’s (in other models as well) with the touch screen volume adjustment.) 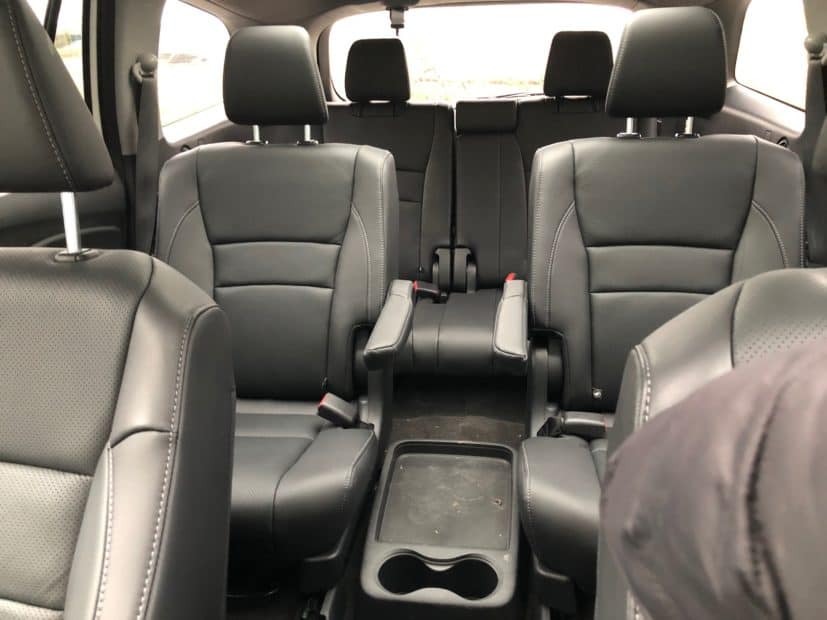 The Honda Pilot, the full-size SUV, that seats 7, in Honda’s lineup has clean lines, and definitely appeals to the SUV-mom over the Odyssey. 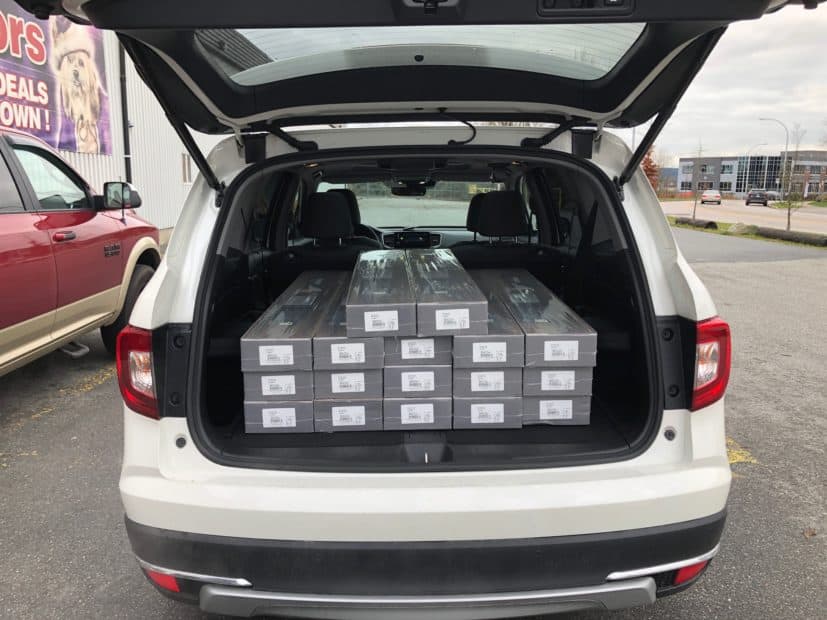 We picked up new flooring with my father-in-law while we had the Pilot. We managed to fit quite a lot of hardwood flooring in the Honda Pilot! 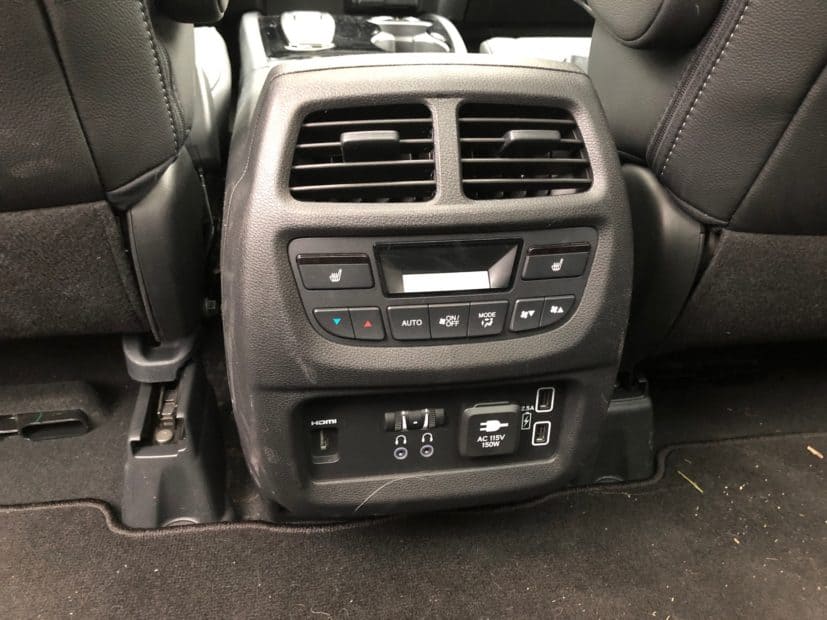 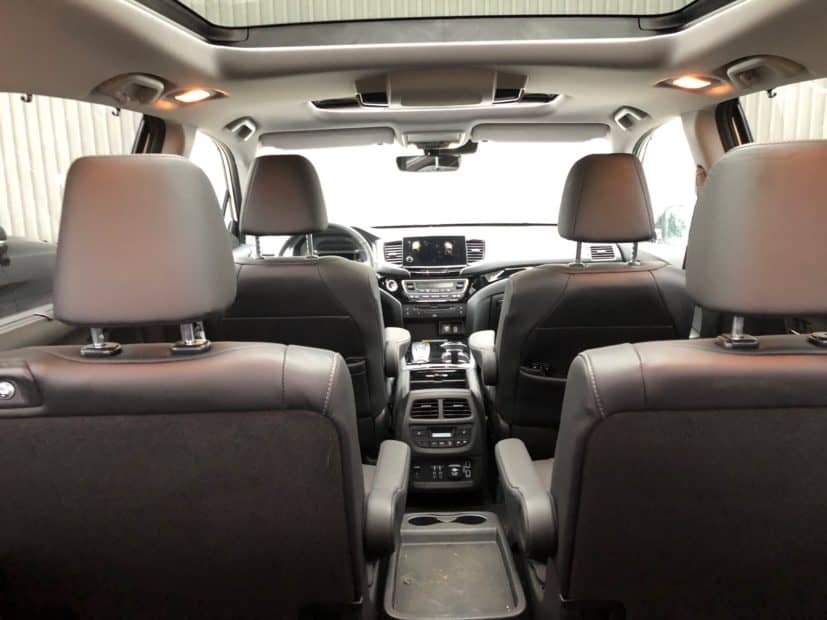 One of the first things I did was take it out of Eco mode. Funny enough, it didn’t change the fuel economy while I watched it on the real-time display over the week. I was surprised that the Pilot’s fuel economy is 16L/100KM (which is on par with my much larger GMC Yukon XL).

I personally much prefer 7-seater vehicles, either mini-vans OR SUV’s with captains chairs in the second row to allow for easy access to the third row. That’s if you use the third row on a regular basis. If you only use the third-row occasionally for trips, playdates or extra family members, it’s probably not as important.

As mentioned, the Touring is AWD and handles well on inclines, mountain roads and offers light towing (1,588kg up to 2,268kg) capabilies. 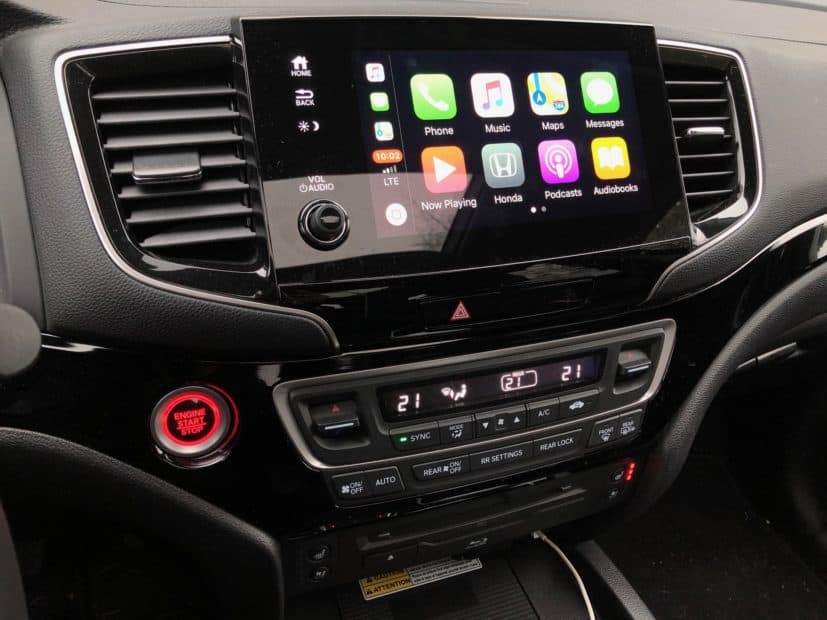 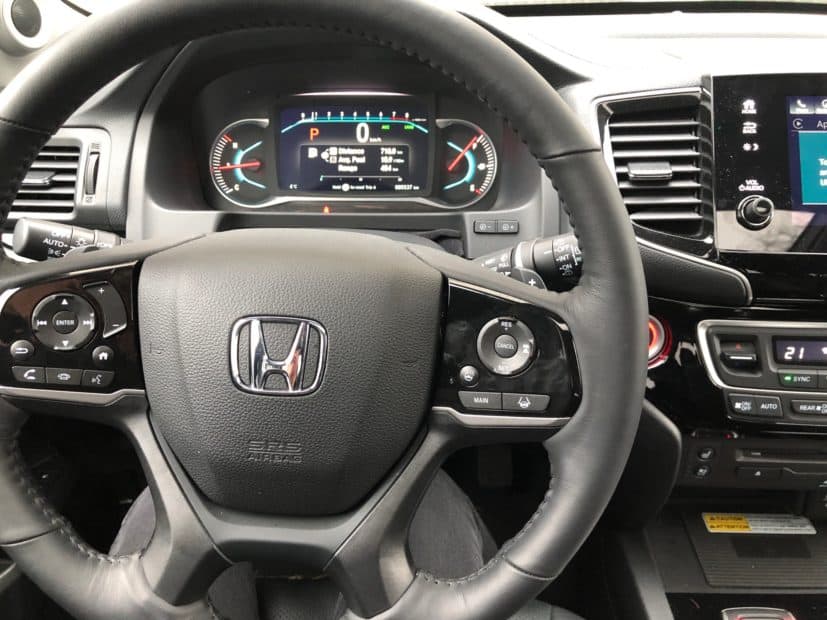 For a standard mid-size 7-seater SUV, the rear cargo space is quite generous! 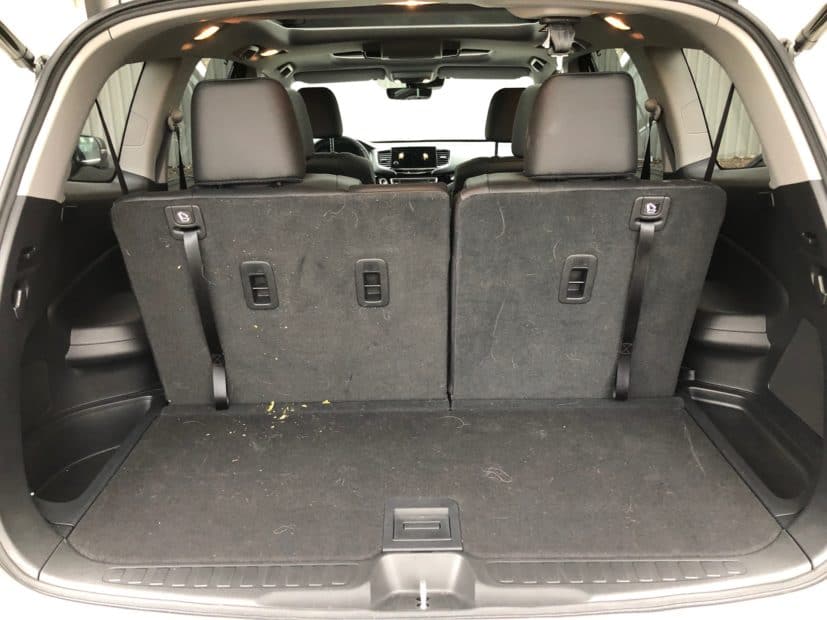 As always, I love Honda products as I myself drove two Honda Odyssey mini-vans for over ten years. I believe in their quality, resale value and reliability. The Honda Pilot is no different. It’s a great alternative to the Honda Odyssey – it really just depends on what you’re looking for. If it’s fuel economy, stick with the Odyssey.

Which do you prefer?