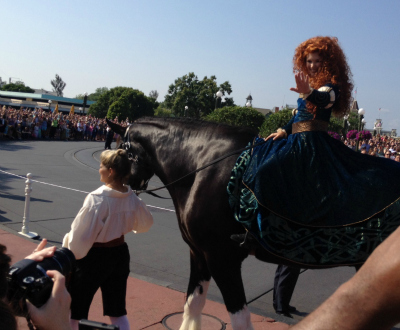 Merida from Disney·Pixar’s film Brave, rode her horse Angus to Cinderella’s Castle, to be inducted into the Disney Princess Royal Court on Saturday May 11th. The coronation took place at Walt Disney World Resort in the Magic Kingdom, directly in front of Cinderella’s Castle. Merida was led to the castle by a troop of Scottish dancers and an authentic pipe and drum band. Gymnastic Gold Medalist, Gabby Douglas hosted the celebration with her own mother and shared her own story of courage and perseverance with Merida and the guests of the resort.

Gabby commented on the event saying:

“I admire Merida for being determined and courageous as these are qualities that have had a big impact on my own life and helped me achieve my goals as an athlete,” said Gabby Douglas, gymnastics gold medalist. “And like Merida, I have a strong relationship with my mom, whose support and belief in me has helped me recognize my own inner princess qualities. It’s really special for us to be here and share in Merida’s celebration, especially on Mother’s Day weekend.”

“As a Disney Princess, Merida sets an admirable example for all, being brave, strong, passionate, determined and confident,” said Katherine Sarafian, “Brave’s” producer. “When Queen Elinor placed the crown on Merida’s head, it signified a moment of deep connection, as a mother recognized the spirit, heart and true personality of her daughter. It’s moments like these that encapsulate what is special about being a princess, but also resonate with mothers across the world.”

Queen Elinor crowning her daughter:  (it’s not known whether Queen Elinor will make another appearance, this was her first and only) 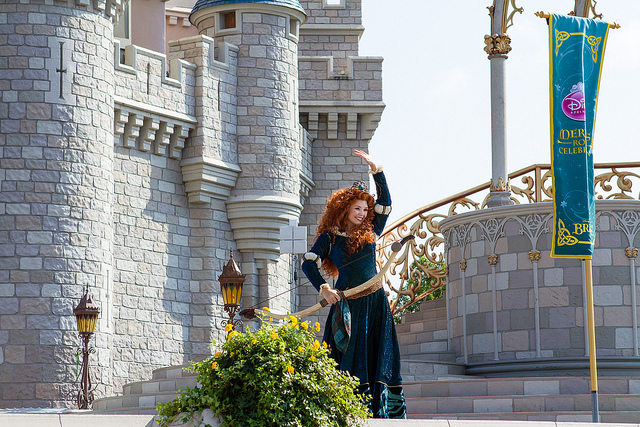 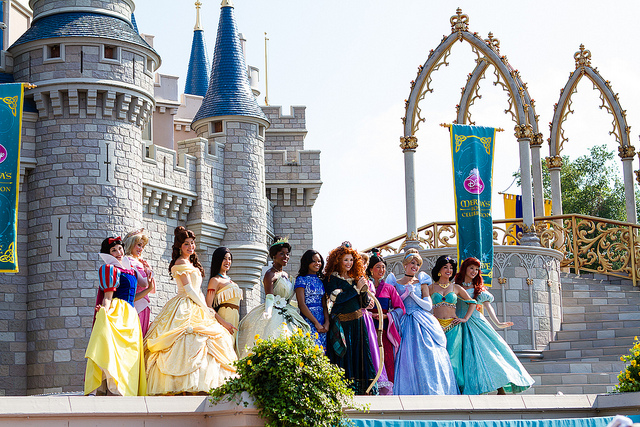 A rare look at all eleven Disney Princesses together!

Disclosure: I was invited to the 2013 Disney Social Media Moms Celebration in Walt Disney World.  I was not compensated for this post or for the event, but I did receive swag, perks, meals and park tickets as a part of the conference fee.  Travel was my own responsibility and as always, opinions are my own.