This post brought to you by Kids II. The content and opinions expressed below are that of Modern Mama. By: Kimberly Ouellette 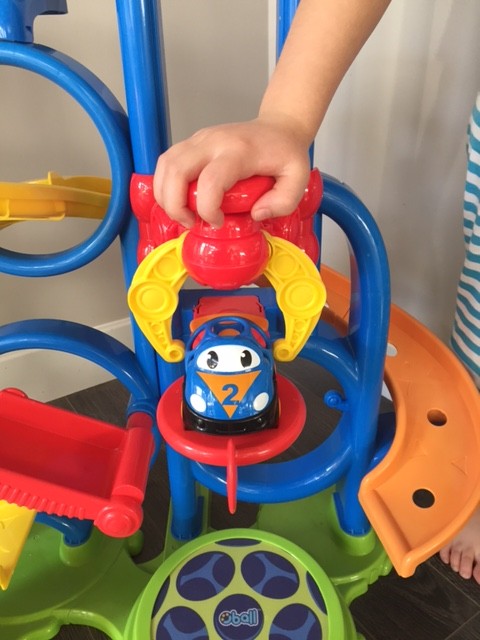 The Oball Bounce N’ Zoom Speedway offers hours of fun and imaginative play. It works seamlessly with the Oball Go Grippers Race Cars as they fit perfectly on the speedway. Please note, the Speedway comes with one Race Car and others can be purchased separately. The toy stands about 3 feet tall and has a race track that starts at the top. Race Cars barrel down the track and children choose which of the 2 tracks to send the car down for it’s final ascent. One track will send the Oball Go Grippers Race Car on to a bounce pad and the other down a lever that drops it out before rolling down a ramp. For even more excitement, the Oball Go Grippers Bounce ‘N Zoom Speedway has a claw that lifts the race cars up to the top and then drops them onto the bounce pad! 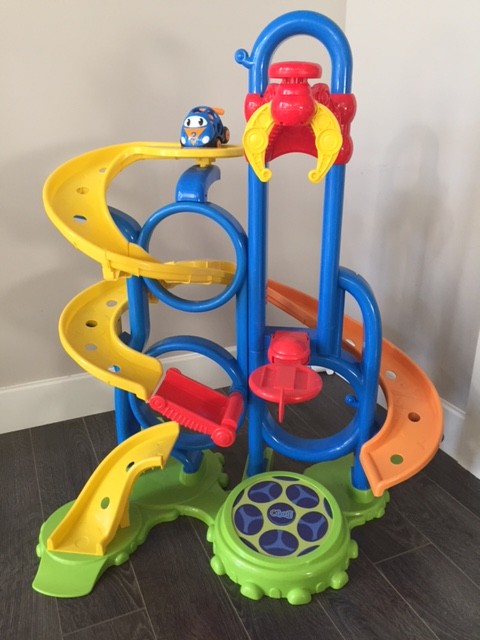 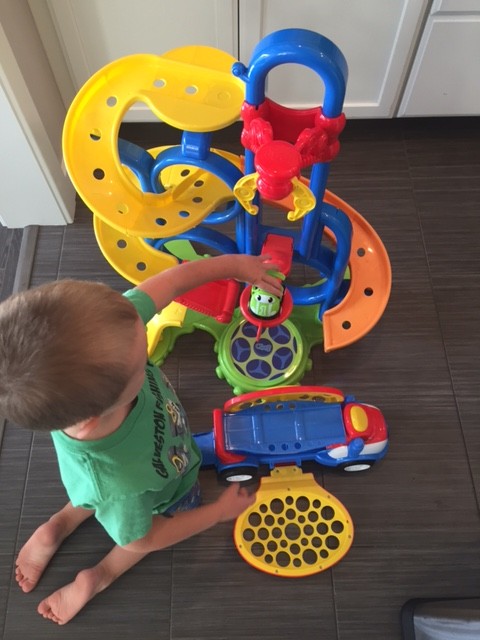 My son has been testing this toy almost every day to see which track is faster, how many times he can get the cars that are dropped by the claw to bounce, how he can use the other Oball Go Grippers Race Cars to block it and so much more. I love watching him as he forms predictions and tests gravity. This toy has introduced him to cause and effect as well. I’ve also observed him trying to use other toys on the tracks, either to create a ‘traffic jam’ or see if he can beat the Oball Race Cars (for the record the cars that come in the collection work best)! 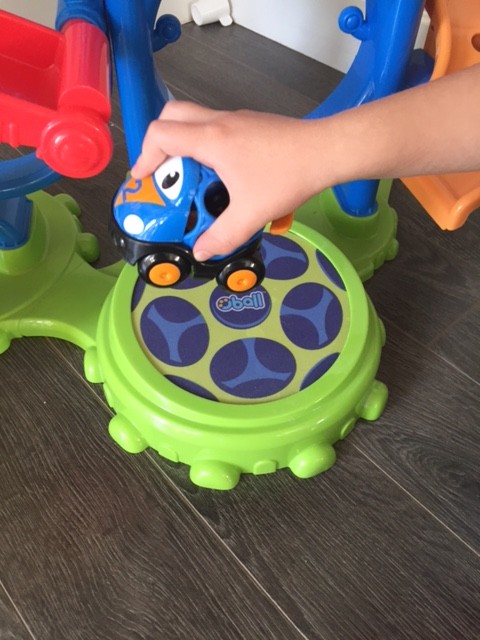 I’ll just admit it, my husband and I are useless when it comes to assembling toys, furniture, anything really! We loved how easy the Speedway was to put together. Everything snaps together easily and no screws, batteries or hammering were required! Our son was exploring his new toy within 5 minutes of it coming out of the box. This is a parent’s dream! 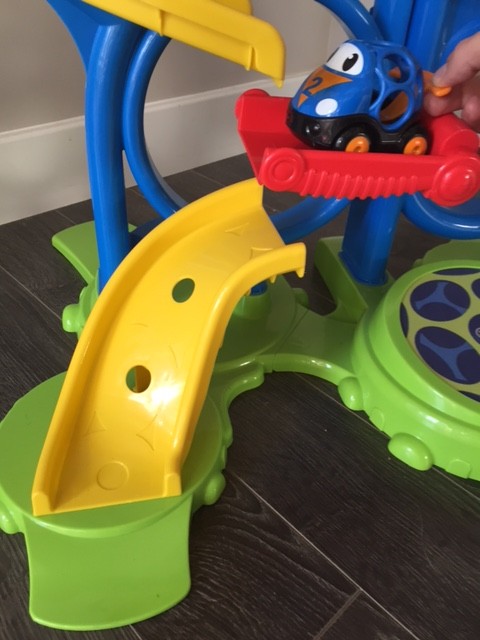 We have been moving the Speedway all over our house, from the playroom upstairs to the dining room on the main floor. It’s constructed from light weight plastic and easy to carry around. As mentioned in my previous post, my son is not exactly delicate with his toys. Despite all of the banging, clanging and constant play the Oball Go Grippers Bounce ‘N Zoom Speedway has been through, not one part has come unsnapped, broken or damaged. I can see multiple generations of kids enjoying this toy without an issue.

I’ve really found all of the Oball Go Grippers toys to be delightful in that they are intuitive and encourage independent play. Sometimes I just bring them all into the kitchen and allow my son to play while I make dinner without interruptions! Shop this collection and all the Kids Oball products at Toys R Us stores across the country. Also, be sure to head over to my first post about Oball Go Grippers enter our giveaway for your chance to win the entire collection.