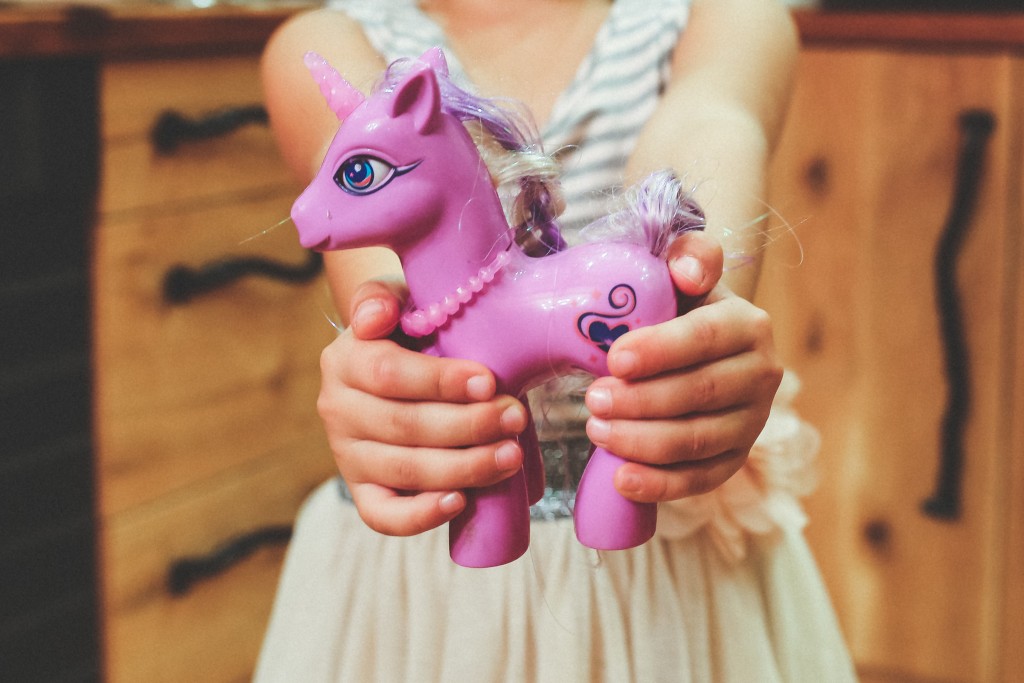 Last week I went to a store hoping to buy a gift for one of my close friend’s daughters. She’s five, loves Captain America, rolling in the mud (and hugging me afterwards), playing with Barbies, and telling the adults in the room about the latest movie she’s watched–usually about five to ten times. The girl has no qualms with playing with hot wheels and legos, or hosting tea parties. To our delight, at this age, she seems to have managed to be uninhibited by traditional gender roles. To my surprise, while shopping for a gift for her, I walked into a wall of stark blue and pink sections.

To be fair, I haven’t gone shopping for a child since I was one myself, but I for the life of me couldn’t remember a time when things were this polarized and rigid, as far as gendered toys go. Of course, I always remembered Hot Wheels being marketed to boys, and Barbies to girls, but I had never been in a store and visually seen how rigid the gap was between boys toys and girls toys.

As it turns out, toys are more divided by gender now than they were 50 years ago, when gender discrimination and sexism were the norm. Second wave-feminists of the 60s and 70s helped kickstart a new model of parenting that allowed children to embrace what interested them, which later diminished in the 1980s, when television advertisers were given free reign to market to children.

Since that era, the adult world has experienced significant social change as far as gender is concerned, but when it comes to the world of children, stereotypes remain stagnant and defined.

Of course, we don’t just see gendered marketing in toys, we see it from everything from “men’s window dressings”, to “women’s earplugs”, to “chick beer”, but the difference here, is that most adults will know that gendered marketing is often silly and unnecessary, whereas children internalize this kind of information and it informs how they navigate their world.

Anita Sarkeesian of Feminist Frequency brilliantly points out that gendered toys and advertisements actively demonstrate that boys and girls have different social roles. Typically advertisements inform boys that they can be powerful, competitive, controlling, conquer and command. Toys like Legos, which are generally advertised to boys, allow them to build new worlds and be creative. Whereas girls toys generally air more on glitter, baking, homemaking, domestic work, and beauty.

It’s silly to assume that these commercials and toys aren’t noticed and internalized, especially considering ages 2-7 are the years when observational learning begins in children, making gender socialization an important thing to pay attention to.

An advertisement in a Sears Catalog

The internalization of gender roles is far reaching, and extends well beyond childhood. Children in elementary school are equally interested in math and science, but by the time they reach high school this number drops by over 50% for females, who tend to lean towards more “feminine” subjects such as reading, writing. Over time this internalization can lead to fewer numbers of women joining the career force in certain fields, including law enforcement, technology, and politics.

There are also physical dangers that can be inflicted on children who do not conform to the blue/pink binary. There have been many reported cases of bullying, based on boys playing with “girls’ toys.” The abuse can range anywhere from name calling and social isolation to physical violence. It’s important to remember, especially in their formative years, that children who are bullied are 2 to 9 times more likely to consider suicide after being bullied.

Progress is being made, however. Twitter campaigns like #notbuying it have managed to get gendered items removed from shelves, and many superstores are beginning to organize products according to interest or theme rather than by gender.

While any progress on this front is good news, removing stereotypes and expectations based on children’s assigned gender is an uphill battle. It’s time we allow boys and girls alike to have a variety of interests, and for those interests to be considered valid; where young girls can see a superhero movie and find empowering merchandise on the shelves; and for young boys to feel safe playing dress up. As a society, we no longer believe women should be restricted to certain jobs or that fathers are ill-suited in caring for their children, it’s time those same restrictions be removed from children as well.

Danika is a musician from the northwest who sometimes takes a 30 minute break from feminism to enjoy a tv show. Follow her on twitter @sadwhitegrrl