In the Make & Break chapter, there are 10 experiments that can be used for official Guinness World Records title attempts at home.

You can learn how to make your own lemon batteries, a homemade marshmallow catapult like we did, or even a Mentos and soda rocket car. There are 10 Make & Break experiments. 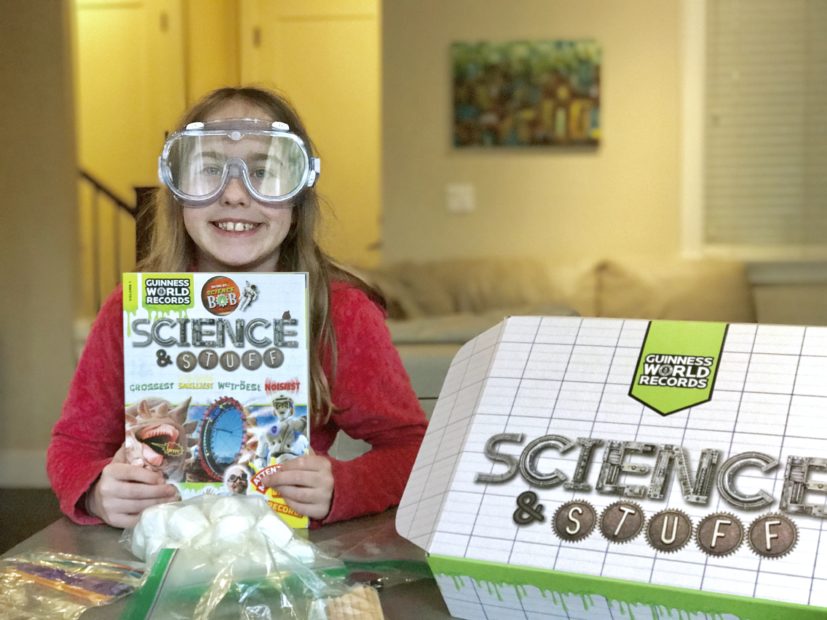 The book is full of very cool and fun facts, like how 1.3 million copies of the book You Can Do the Cube by 13-year-old wrote in 1981 about solving the Rubik’s Cube were sold. The current Guinness World Records title for fastest 3x3x3 solve of the Rubik’s Cube is held by 15-year-old Patrick Ponce from September 2017 with 17 turns in 4.69 seconds. Woah.

This book is the ultimate resource for your budding scientist.

Although I know we didn’t break any Guinness World Records titles, I enlisted my hubby, an engineer to construct the catapult with us, and Ivy enjoyed her share of marshmallows in the process!

What We Used to Build Our Catapult: 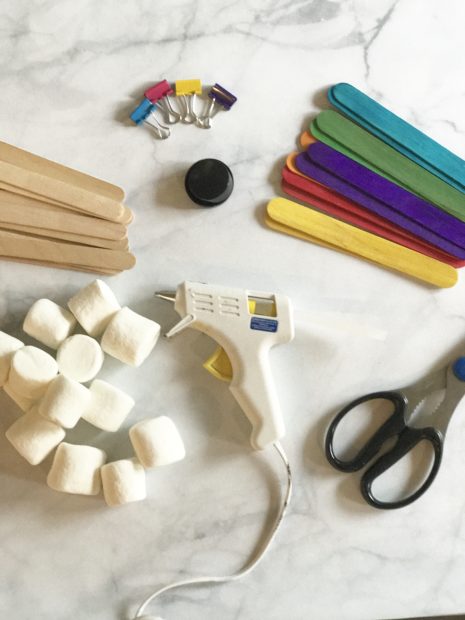 In order to submit for a Guinness World Records title attempt, you will need to:

The book gave us step-by-step instructions on how to build a catapult for fun! 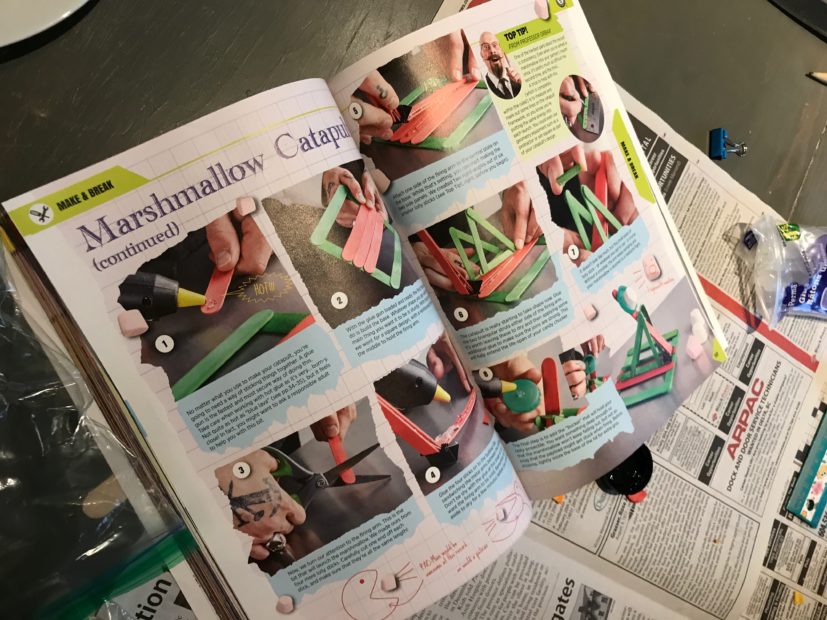 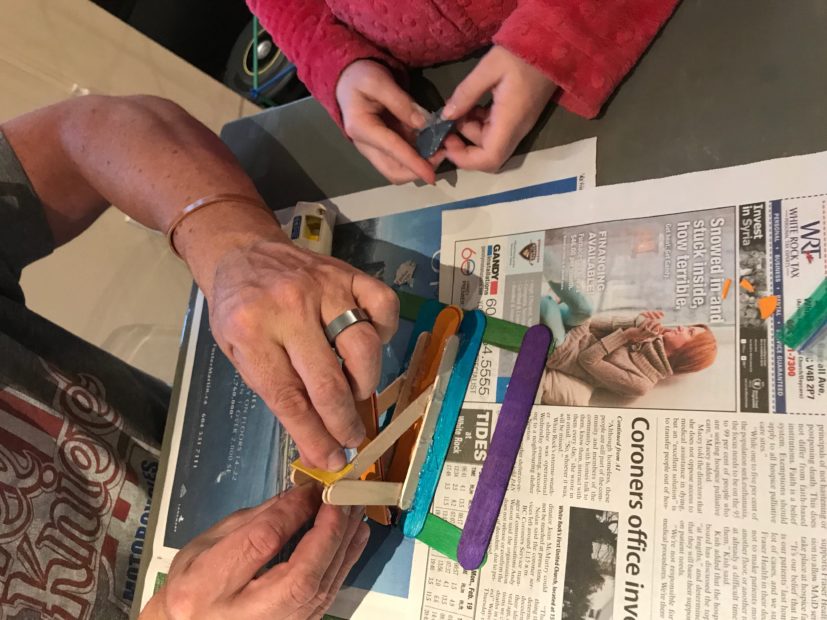 I enlisted hubby’s help because he’s the engineer, and I’m SO NOT. 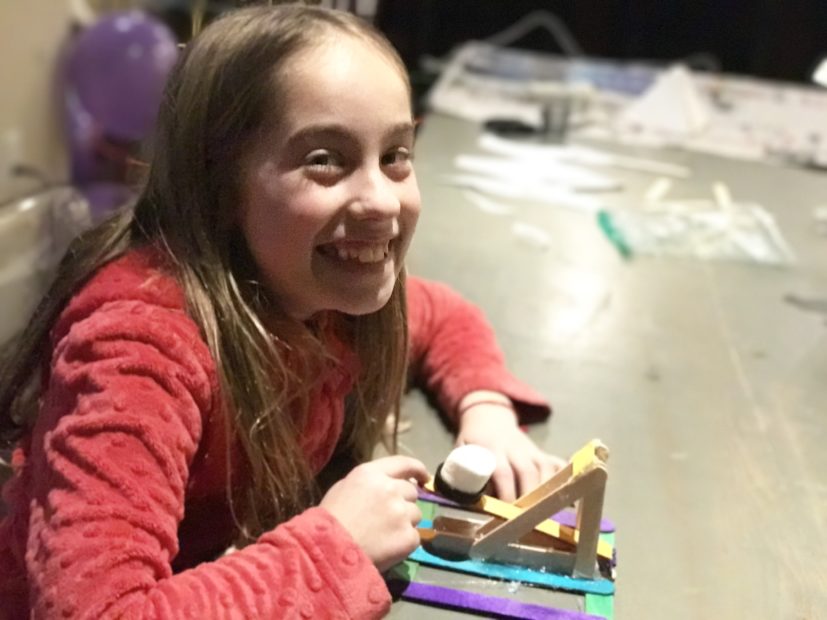 Ivy’s completed marshmallow catapult! We had too much fun with this part!

The Guinness World Records book, Science & Stuff, can found at Amazon, Indigo, and McNally Robinson and is only $18.99 Canadian (Suggested Retail Price).

Time to put your lab coat and goggles on because this book is a must-have for all members of the family.

It’s important to remember that setting or breaking a Guinness World Records title is never easy, so be prepared for things to not always work. If at first, you don’t succeed, look for some inspiration then try again!

*Sponsored by Guinness World Records. All opinions are my own.