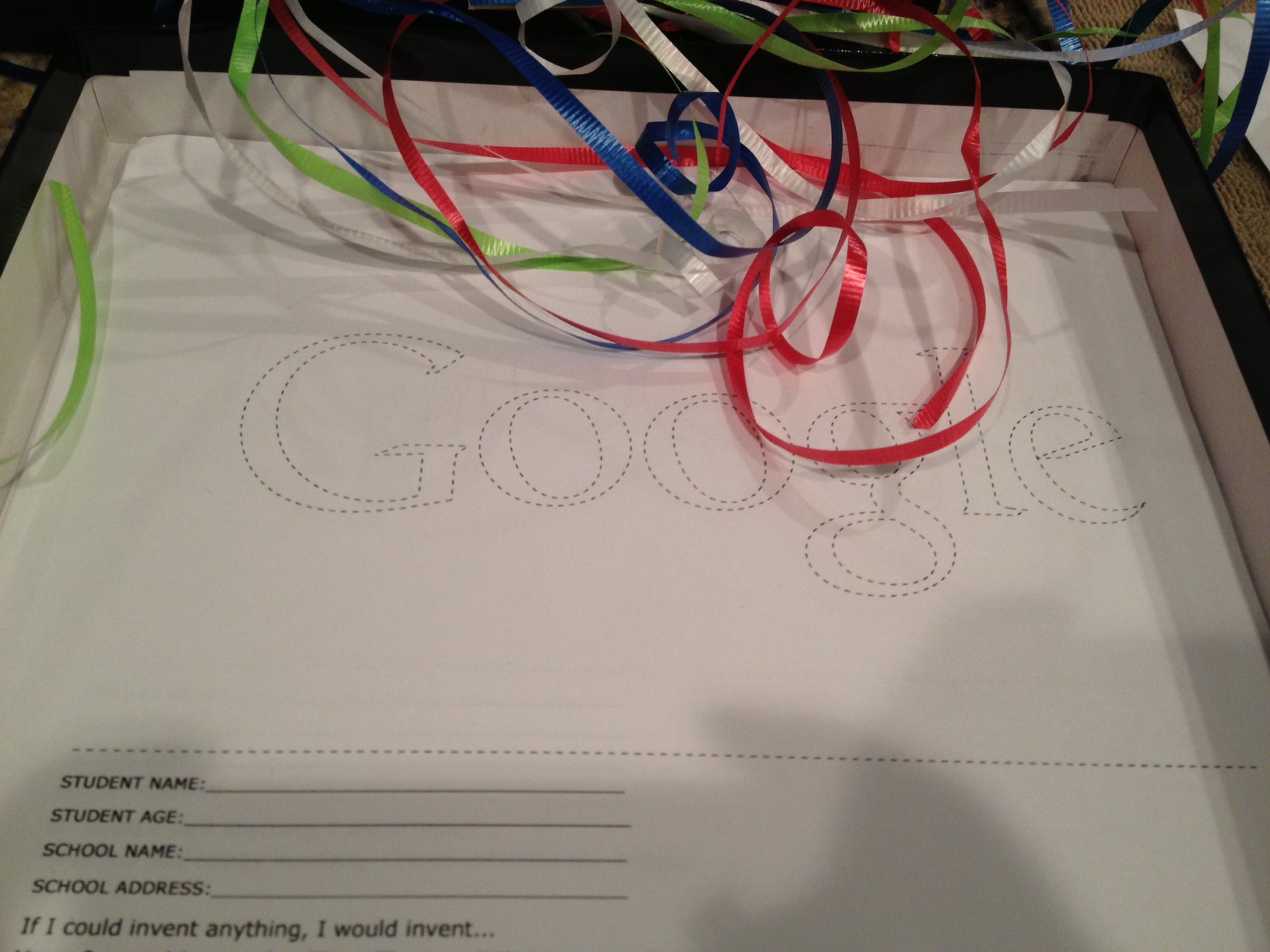 Google sent over the coolest package for the girls recently.  Stocked with paper, pencil crayons and more, the girls were motivated to create Google Doodles of their own!

With thousands of dollars in prizes on the line for kids and students across the country, Google Canada has a call for entries for the first-ever Doodle 4 Google contest. K-12 students have until December 31, 2013 to design a doodle for the Google Canada homepage on the theme, “If I could invent anything, I would invent…” 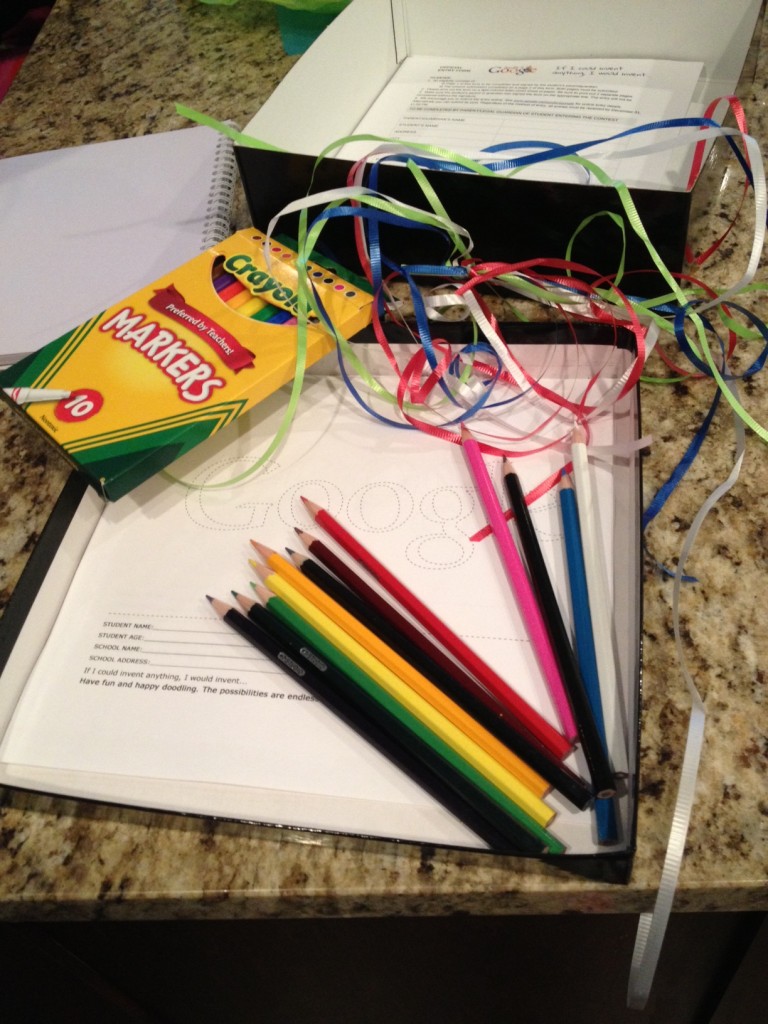 The national winner will receive a $10,000 scholarship, a $10,000 grant for their school and be featured in a Royal Ontario Museum special exhibit in March 2014.

A panel of guest judges, including astronaut Chris Hadfield and actress Karine Vanasse, will select twenty five regional winners. The 25 finalists will receive a trip to Toronto, where five regional winners will be named and the first place winning doodle will be announced alongside the launch of the ROM exhibit.