The No Baby Unhugged program, a Canadian initiative by Huggies Canada, made its debut in the West today, at the Victoria General Hospital on Vancouver Island in B.C..

This is the third hospital in Canada benefiting from this program that Huggies Canada has invested $75,000 in, to date. Cape Bretton Regional Hospital in Sydney, Nova Scotia and Southlake Regional Health Centre in Newmarket, Ontario have both been launched in previous years.

The program brings funding and equipment to a hospital, along with resources to bring in volunteers to hug babies who need extra snuggles.

With roughly 500 babies per year being admitted to neonatal and intensive care units across Canada, the benefits of hugs help these babies gain weight, stabilize heart rates and improve oxygen levels.

Plenty of medical studies have shown that all forms of touch are beneficial to babies, and the direct benefits of hugs include shorter hospital stays, improved sleep, less illness and stress, and reduced pain among other benefits. 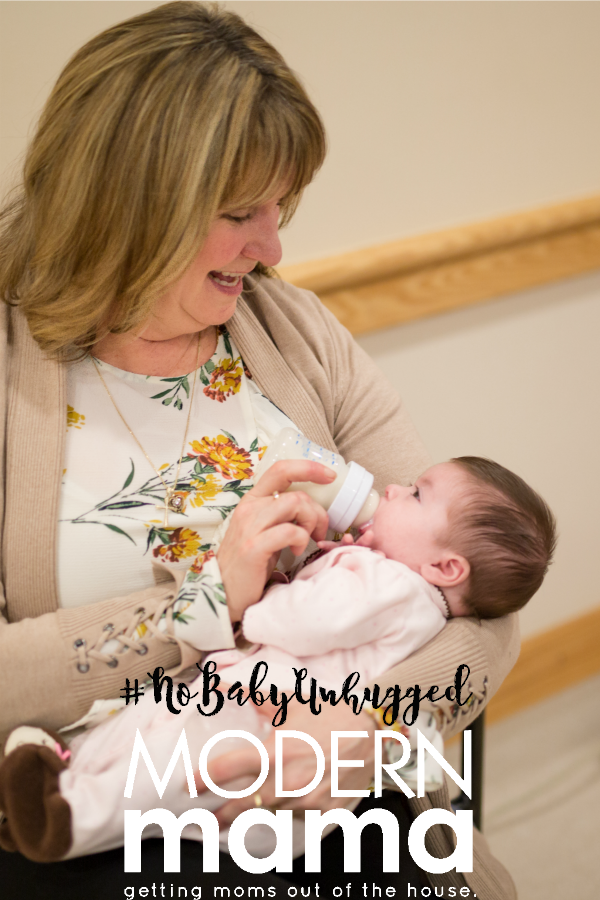 Photo by Janice Croze of 5minutesformom.com

Volunteers who want to come snuggle the babes at Victoria General need to apply through the hospital’s volunteer program, meet stringent requirements, training and background checks to be eligible to participate. Currently, their interested applicants far outnumber the spaces available for volunteers! 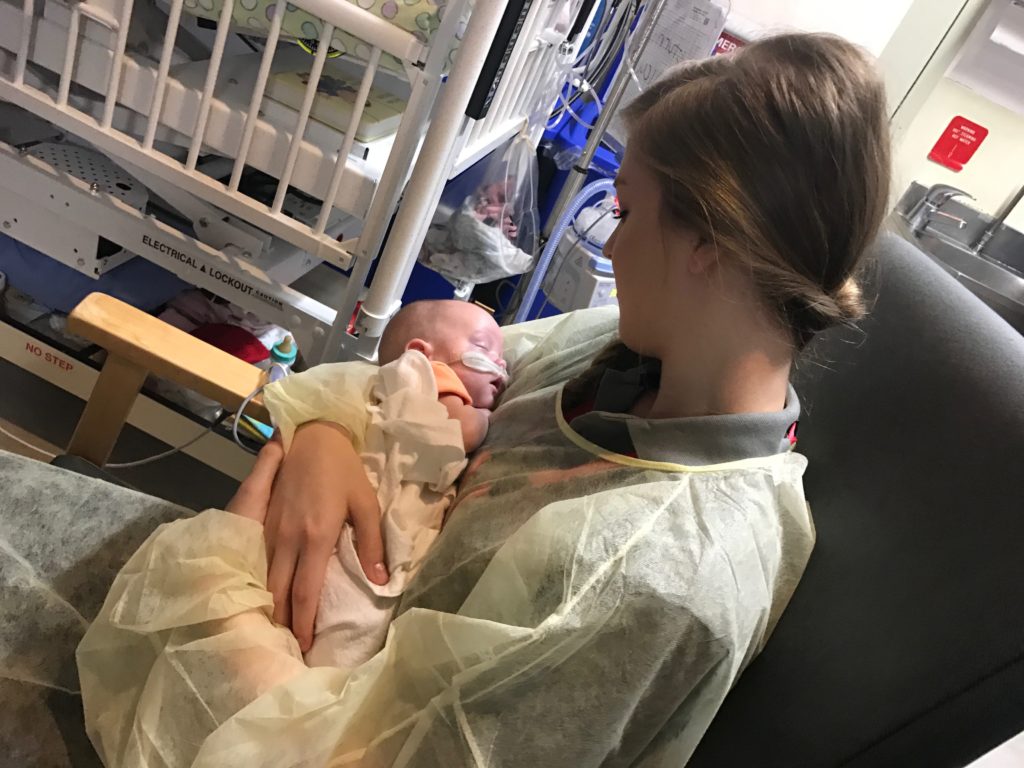 It appears everyone wants to hug babies!

I had the pleasure of meeting a few babies, volunteers and staff at Victoria General Hospital today.

I was especially impacted by the families and volunteers’ stories. 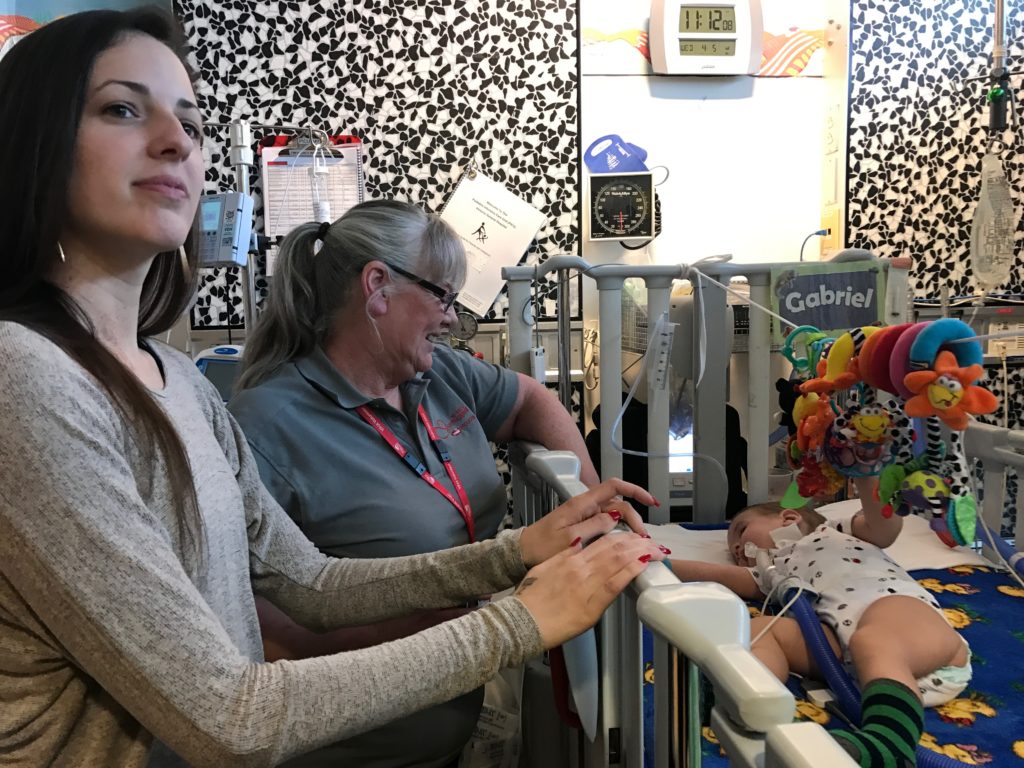 Cindy (left) gave birth to Gabriel nearly one year ago, on Mother’s Day 2016. He was born with an extremely rare muscle disease that has kept him in the Pediatric Intensive Care unit for nearly an entire year. As a single mother who lives nearly an hour from the Hospital, it’s impossible for Cindy to spend as much time as she would like to by Gabriel’s side.

The No Baby Unhugged program has provided Gabriel with a volunteer (centre above) for up to several hours at a time that can entertain, talk to and ‘play’ with Gabriel. You see, Gabriel is always connected to machines that prohibit anyone from holding him (aside from his mother or medical stuff) but the volunteer can still spend time talking to, playing with and entertaining Gabriel beside his crib. 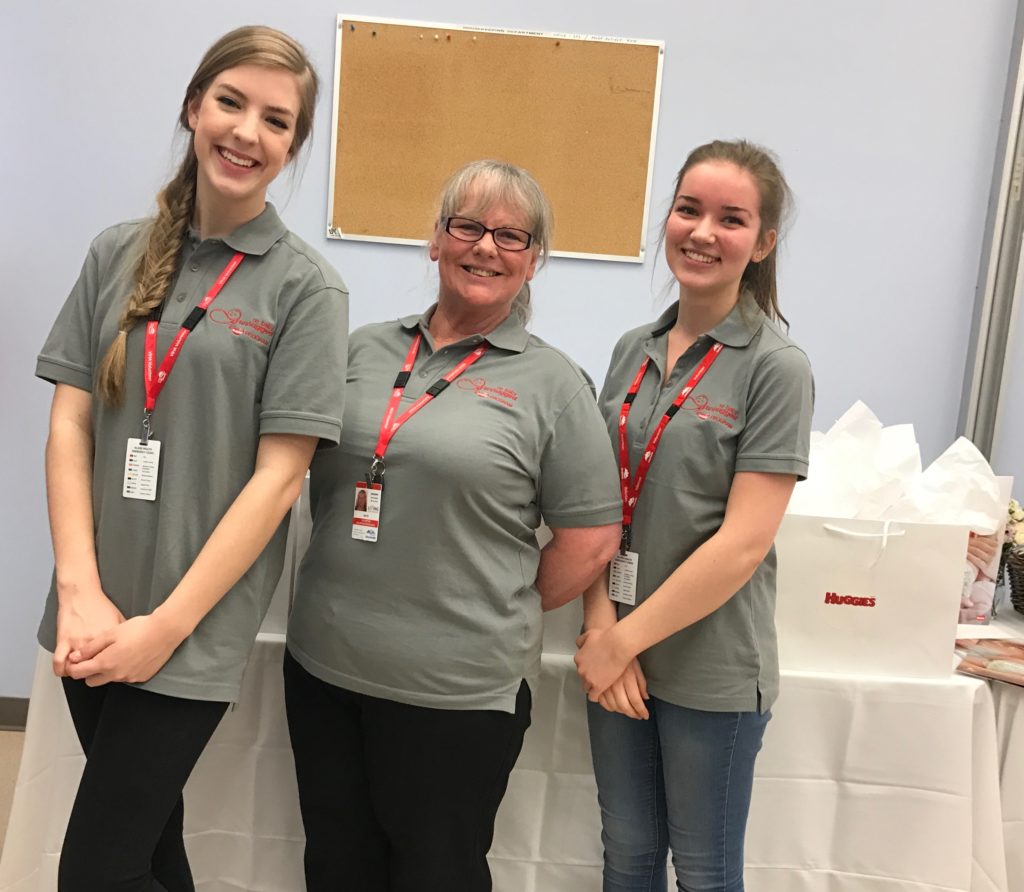 The volunteer huggers were amazing. One, a mother of multiples who said this was full circle for her, and two university students who are hoping to one day become maternity nurses or work with children as nurses.

Stories like this make me so happy to do my job, and tell you good news such as this.

*Post brought to you by Huggies Canada. All opinions expressed are my own.