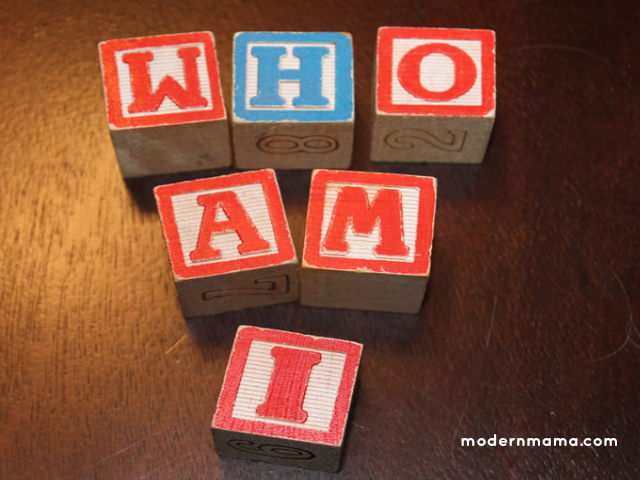 I think I’m suffering from a bit of an identity crisis.  Referring to myself as “mommy” in the third person for almost a year and a half might have something to do with it, although, I can’t say for certain. Ironically enough, what brought this to my attention wasn’t a moment of deep introspection but in an attempt to figure out how to be someone else for the day.

Recently my husband and I decided to buy tickets to our local comic convention and my first question to him was “What’s a good mommy character that I can dress up as?” But really, why was this my first thought?  I mean sure, I LOVE being a mom and I love my son more than anything but do I really need to dress up as a mom? I am mommy every single day. Shouldn’t I just dress up as my favourite character? Isn’t this a good chance to step outside of that role a little bit? Then of course this led me down the proverbial rabbit hole and I am left feeling a little bit confused.

To be honest, I’m finding it a bit hard to find a balance between this new person that I’ve become in the last year and a half and the person that I was. I think this is a common feeling among new parents. While the old me and the new me both still have the same likes and dislikes for the most part there have definitely been some changes. The new me would rather spend her entire Saturday building block towers and reading the same book for the hundredthousamillionth time than spend the day making sure my house was spotless like I used to.  In fact most days I don’t notice how messy things are until my son is fast asleep.

This new me sure doesn’t look like the old me either.  Things have grown, shrunk, expanded and shifted since I became a mom and while I am doing my best I know that some of these things will not ever go back the way they were. I confess I have spent a little time longingly looking at my pre-baby pictures with a little envy at that other woman.  How funny it is to be jealous of myself!

Perhaps I should really stop looking at myself as two separate people and see this as an evolution; a metamorphosis of sorts.   I need to recognize that I am a sum of all my parts; more than just the “mommy” I have become.  I am still a daughter, wife, sister, niece and friend. I still bake a mean cheesecake and I can still rock a pair of three inch heels…I think anyway.

So as of yet I am still not sure who I will dress up as although I think I can rule out going as most comic book character moms. After all, things generally don’t turn out very well for them anyway.