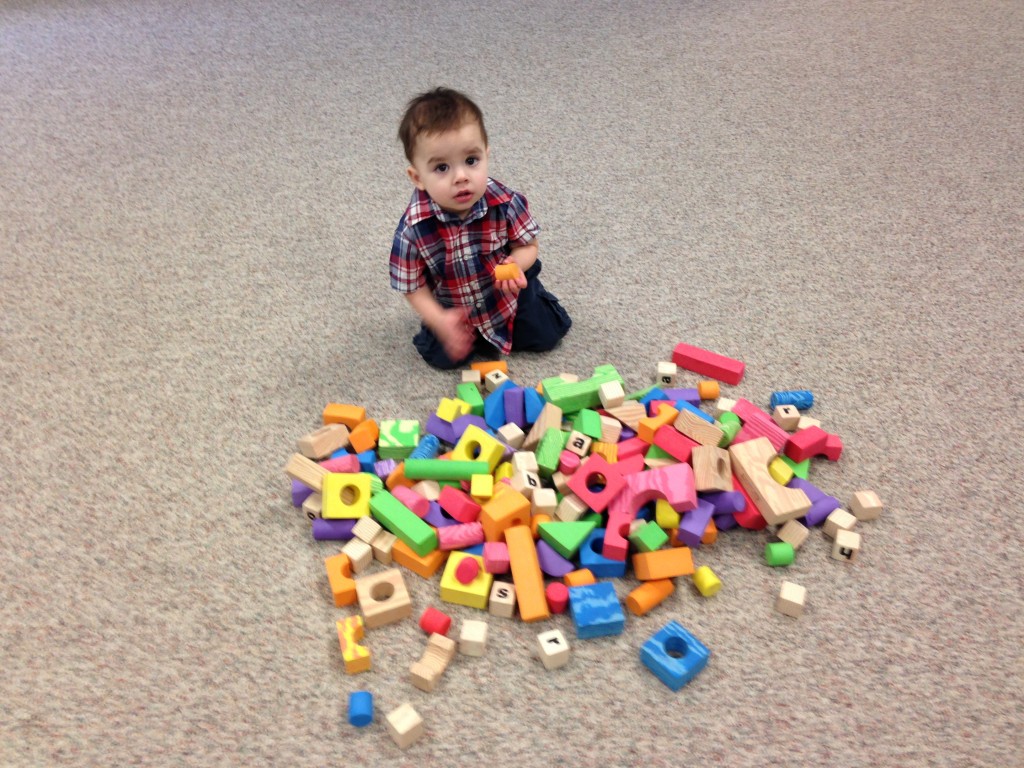 This past weekend, I had quadruple booked myself, and I just wouldn’t be able to make it to Kindermusik with Parker.  So.. Dad stepped in a took him!

He was maybe a little reluctant to do it, but he did make it there!

When I asked him to write a post for me, he of course said no – he’s not the words type I guess you could say – so I got the details from him and am writing it myself!

Let me start by saying that I am surprised my husband took him.  He’s a fantastic father, but the singing and dancing usually isn’t his cup of tea.

Here are a Dad’s thoughts on Kindermusik!

Dad felt very welcomed when he walked in with Parker.  They didn’t know him, but they welcomed Parker right away and were happy to have dad join in for the day!

Other dads were there!  So he didn’t feel weird or out of place!

Sandi was a fantastic leader, and didn’t make him feel too strange about singing and dancing.  Parker seemed to really like Sandi too!

He didn’t recognize any of the songs, but some of them had the words hanging on the wall, so that helped him along.

Overall, my husbands take on Kindermusik and what it has to offer was very positive.

He could see that Parker enjoyed it, and liked being a part of this class, so he enjoyed taking him and seeing him have so much fun!

See dads?!  It’s not so bad! If my husband can go and enjoy it, then you can too!

Why Kindermusik LOVES when dads come to class!

We love it when we have the deep sound of men’s voices in our class. Even if some of the dads don’t consider themselves singers, it helps us to teach the kids about the contrast between high and low pitch when we are just being playful with the human voice. Plus, it’s very powerful for the children to see that EVERYBODY can make music. Kids, moms, dads, grandparents – everybody.  Not just the very talented, or “stars” on stage.  Our kids need role models of creative music-making from all ages and genders.

If you are interested in coming to a FREE preview class, you can check out their schedule HERE! OR you can email me at leanne@modernmama.com to join me on a Saturday morning!

Have fun and sing on!