*I was given complimentary tickets to the advanced screening, as always all my opinions are my own*

I recently had the pleasure of attending the advanced screening of Disney’s newest film Christopher Robin. Both my kid’s ages 2 and 6 have been in love with Winnie The Pooh and his friends since our trip to Disneyland in November. So I was thrilled to be able to bring them along with myself and my husband to see them on the big screen!

The movie is about Christopher Robin and his life and adventures since leaving the 100-acre wood. As an adult, he has lost his way and forgotten what is truly important in life. Luckily, Pooh and his friends are on their way to help him remember the loving and playful boy who is still inside

Christopher Robin is stuck in a job where he is overworked, underpaid and facing an uncertain future. He has a family of his own, but his work has become his life, leaving little time for his wife and daughter. Christopher has all but forgotten his idyllic childhood spent with a simple-minded, honey-loving stuffed bear and his friends. But when he is reunited with Winnie the Pooh, now tattered and soiled from years of hugs and play, their friendship is rekindled, remindingChristopher of the endless days of childlike wonder and make believe that defined his youth, when doing nothing was considered the very best something.

Growing up with Winnie The Pooh I was filled with nostalgia with all of the classic quotes and songs. While my kids were very excited to see the whole gang, I think the movie overall was a little slow for them. The beginning of the movie especially, as they show Christopher Robin going off to boarding school, meeting his wife, and going to war. So, there was a lot of talking and fewer songs, something they aren’t used to in a Disney movie. Disney’s live-action remakes are definitely targeted more towards teenagers and adults. My youngest left with my husband about halfway through to go for a walk and my oldest was getting antsy to leave near the end. So, if you’re bringing your children make sure to take lots of snacks and if they are under the age of 4 I might wait until it comes out on DVD.

Overall, I think the movie was very well done! Eeyore was my favorite, I think a lot of us adults can definitely related to his outlook and humor. So if you and your family are big Winnie The Pooh fans then this is one you won’t want to miss! 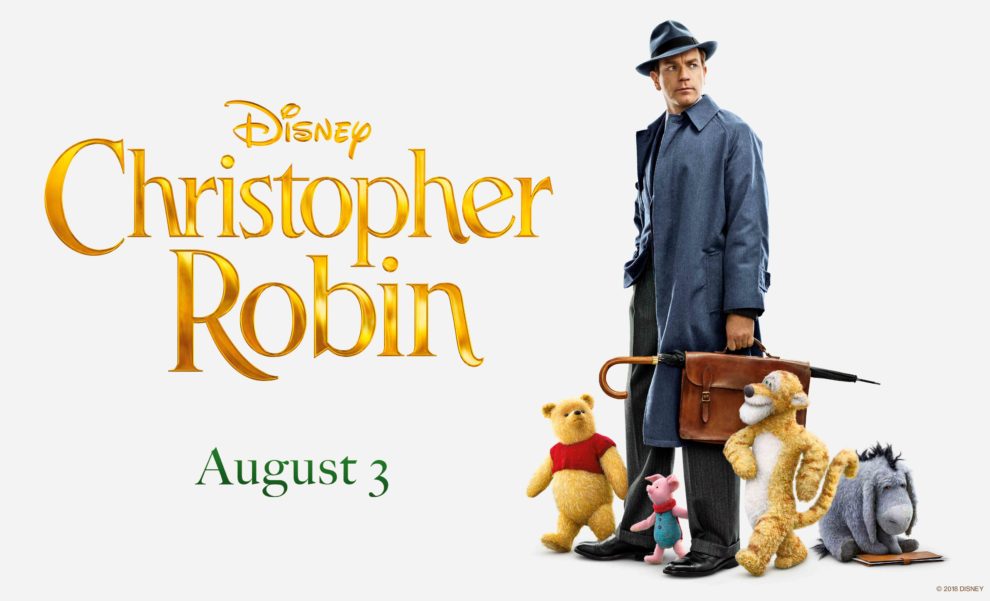