What time is it? It’s time for Bubble Guppies! Jump into a bubbly world of learning and laughter with Nickelodeon’s Bubble Guppies Live! Ready to Rock. Koba Entertainment is making waves with its much-anticipated theatrical tour starring the most lovable guppy friends!
Put on your water-wings and dive in to a swimsational musical underwater adventure! The Bubble Guppies are getting ready to rock n’ roll with some totally fin-tastic tunes, but when a special band member goes missing, the show can’t go on! With help from Mr. Grouper and giggly little fish, Molly, Gil, and the whole gang embark on a musical expedition as they search every corner of their bubbly world for their friend!
Featuring music, comedy, and audience participation, the Bubble Guppies will have to leave no stone left unturned and no bubble left un-popped in order to get the show on the road. Including a wave of playful characters, energetic song and dance, and theatrical magic, Nickelodeon’s Bubble Guppies Live! Ready to Rock will have kids, parents, and grandparents alike out of their seats, singing and dancing along with this rockin’ interactive show! 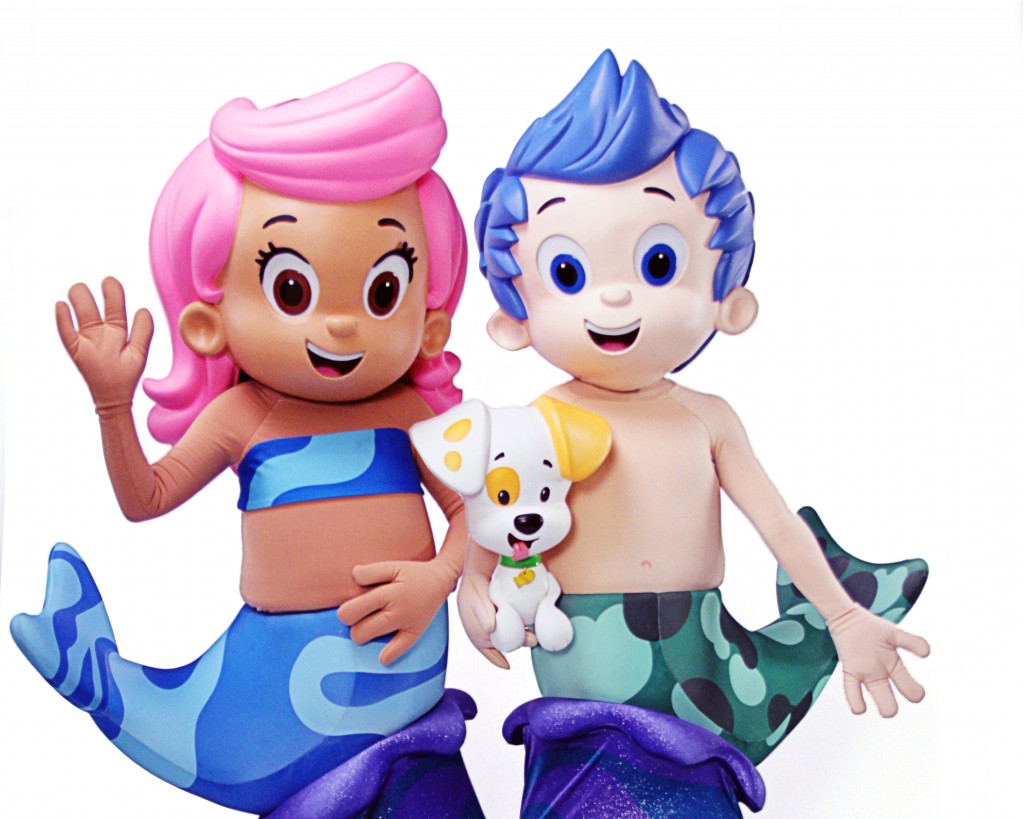 Koba Entertainment’s newest theatrical production, Nickelodeon’s Bubble Guppies Live! Ready to Rock is among the producer’s long list of original stage shows, including Toopy and Binoo: Fun and Games, The Backyardigans’ Quest for the Extraordinary Alien and Max & Ruby in the Nutcracker Suite.

The Bubble Guppies are going to be in Edmonton on September 19th at the Northern Alberta Jubilee Auditorium! Tickets are on Sale starting on Friday June 12th but you can use the Presale Code: SCHOOL to purchase your tickets NOW! The Presale code is valid from June 9th (10 am) to June 11th (10 am). 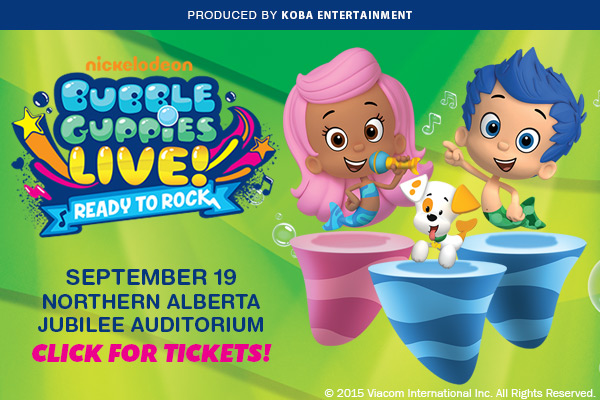