When you read a book do you enjoy reading e-books or listening to audio books or good old fashioned hard cover/paperbacks?  I am the latter.  I am on electronics enough as it is each day, that having a book in my hand is how I like to read. I  just cant seem to keep my attention when listening to an audio book or reading an e-book.

As a blogger, I have been lucky to get a variety of novels sent my way to review. Many of which are local artists writing about local places and experiences, which I always find really fun.

As always my opinions are my own. I was gifted these books in exchange for an honest review.

Disclaimer: As an Amazon Associate I earn from qualifying purchases.  I get commissions for purchases made through links in this post.

Sinister sorcery. Gallows humor. A queer romance so glorious it could be right out of fae legend itself. Master of One is a fantasy unlike any other.

Rags the thief has never met a pocket he couldn’t pick, but when he’s captured by a sorcerer with world-ending plans, he realizes even he is in over his head. Forced to use his finely honed skills to nab pieces of an ancient fae relic, Rags is stunned to discover that those “relics” just happen to be people:

A scrappy daughter of a disgraced noble family,

A bona fide member of the Resistance,

They may all be captives in the sorcerer’s terrible scheme, but that won’t stop them from fighting back. And, sure, six unexpected allies against one wicked enemy doesn’t make for generous odds, but lucky for him, Rag’s not generous—he’s smart. And he has a plan that just might get them out of this alive.

With the heist and intrigue of Six of Crows and the dark fairy tale feel of The Cruel Prince, this young adult fantasy debut will have readers rooting for a pair of reluctant heroes as they take on a world-ending fae prophecy, a malicious royal plot, and, most dangerously of all, their feelings for each other.

Review:  This was a story full of excitement and adventure, a fable full of surprises. It was an interesting book about enemies becoming friends. An easy read.

Available on Kindle, Audiobook/cd and hardcover.

The Other Side of the Sky

New York Times bestselling author duo Amie Kaufman and Meagan Spooner have crafted a gripping tale of magic and logic, fate and choice, and a deadly love. Perfect for fans of Laini Taylor and Brandon Sanderson.

Prince North’s home is in the sky, in a gleaming city held aloft by intricate engines, powered by technology. Nimh is the living goddess of her people on the Surface, responsible for providing answers, direction—hope.

North’s and Nimh’s lives are entwined—though their hearts can never be. Linked by a terrifying prophecy and caught between duty and fate, they must choose between saving their people or succumbing to the bond that is forbidden between them.

Review:  This was a different kind of fantasy story – how two worlds come together and how they are connected. It was hard to put down because of the uniqueness of the story.

The Wrong Kind of Woman

In late 1970, Oliver Desmarais drops dead in his front yard while hanging Christmas lights. In the year that follows, his widow, Virginia, struggles to find her place on the campus of the elite New Hampshire men’s college where Oliver was a professor. While Virginia had always shared her husband’s prejudices against the four outspoken, never-married women on the faculty—dubbed the Gang of Four by their male counterparts—she now finds herself depending on them, even joining their work to bring the women’s movement to Clarendon College.

Soon, though, reports of violent protests across the country reach this sleepy New England town, stirring tensions between the fraternal establishment of Clarendon and those calling for change. As authorities attempt to tamp down “radical elements,” Virginia must decide whether she’s willing to put herself and her family at risk for a cause that had never felt like her own.

Told through alternating perspectives, The Wrong Kind of Woman is an engrossing story about finding the strength to forge new paths, beautifully woven against the rapid changes of the early ’70s.

Review: A well-written book about the struggles of all ages through the 1960’s/early 70’s. This was a great book. The book was an accurate representation to what it was like back in the 1970s with the woman’s movement. It made you feel like you were there in it all . The book took a bit to get going but once it did it was a page turner and hard to put down.

When legendary R&B artist Korey Fields spots Enchanted Jones at an audition, her dreams of being a famous singer take flight. Until Enchanted wakes up with blood on her hands and zero memory of the previous night. Who killed Korey Fields?

Before there was a dead body, Enchanted’s dreams had turned into a nightmare. Because behind Korey’s charm and star power was a controlling dark side. Now he’s dead, the police are at the door, and all signs point to Enchanted.

Review:  An eye opener into the injustices that still go on in society today. Providing an insight into the vulnerability of young black girls as they try to pursue their dreams. The raw truth that can be hard to read at times, but a well-written book.

From award-winning, bestselling author Ibi Zoboi and prison reform activist Yusef Salaam of the Exonerated Five comes a powerful YA novel in verse about a boy who is wrongfully incarcerated. One of the most acclaimed YA novels of the year, this New York Times and USA Today bestseller is a must-read for fans of Jason Reynolds, Walter Dean Myers, and Elizabeth Acevedo.

The story that I thought

didn’t start on the day

Amal Shahid has always been an artist and a poet. But even in a diverse art school, because of a biased system he’s seen as disruptive and unmotivated. Then, one fateful night, an altercation in a gentrifying neighborhood escalates into tragedy. “Boys just being boys” turns out to be true only when those boys are white.

The story that I think

will be my life

Suddenly, at just sixteen years old, Amal is convicted of a crime he didn’t commit and sent to prison. Despair and rage almost sink him until he turns to the refuge of his words, his art. This never should have been his story. But can he change it?

With spellbinding lyricism, award-winning author Ibi Zoboi and prison reform activist Yusef Salaam tell a moving and deeply profound story about how one boy is able to maintain his humanity and fight for the truth in a system designed to strip him of both.

Review:  I may have saved my favorite to last. An amazing read.  It is “a wake up book” highlighting the injustices to black people and experiences in juvenile detention, but really it is so much more than that.  It is uniquely well-written and eye opening.  Lots of emotion through poetry. A book that makes you stop and take it all in. 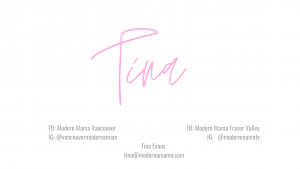