Broadway Across Canada is thrilled to present the return of the national tour of COME FROM AWAY, a Broadway musical about the true story of the small town that welcomed the world, in Edmonton at the Northern Alberta Jubilee Auditorium (11455 87 Ave) for a limited engagement from August 30 – September 4, 2022.

COME FROM AWAY tells the remarkable true story of 7,000 stranded passengers and the small town in Newfoundland that welcomed them. Cultures clashed and nerves ran high, but uneasiness turned into trust, music soared into the night, and gratitude grew into enduring friendships. 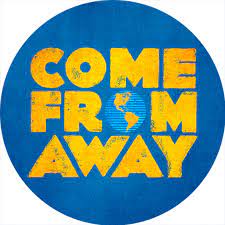 This is a production you don’t want to miss. I had tickets when it came to town last time, but somehow we messed up the date and missed it, so I am definitely excited for the return. My family also lives in a town near Gander, Newfoundland and I can attest that I was not at all surprised about the stories of friendship, selflessness and help that inspired this true story. That is just what they do in Newfoundland. 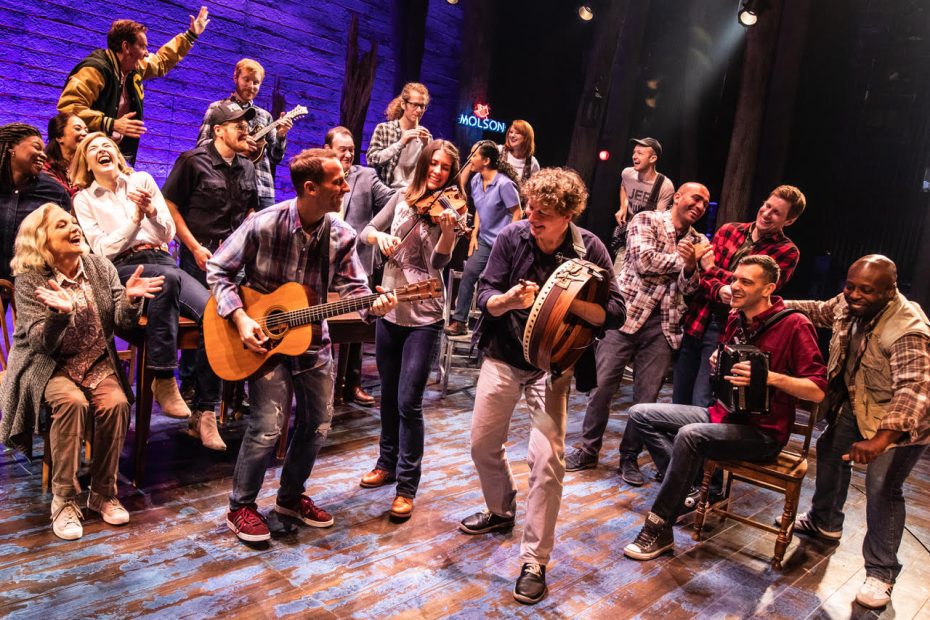 On the morning of September 11, 2001, the townsfolk of Gander (including Claude the mayor, Oz the police constable, Beulah the teacher, Bonnie the SPCA worker and others) describe life in Newfoundland and how they learn of the terrorist attacks taking place in New York City, Washington, D.C., and Shanksville, Pennsylvania.

The attacks result in US airspace being closed, forcing 38 international aircraft to be diverted and land unexpectedly at the Gander airport, doubling the population of the small Newfoundland town, which is unequipped for the influx of stranded travelers. The Gander townspeople spring to action and prepare to house, feed, clothe, and comfort the nearly 7,000 passengers (along with 19 animals in cargo). Meanwhile, the pilots, flight attendants and passengers are initially not permitted to leave the planes, forcing them to deal with confusing and conflicting information about what has happened and why they were suddenly grounded. 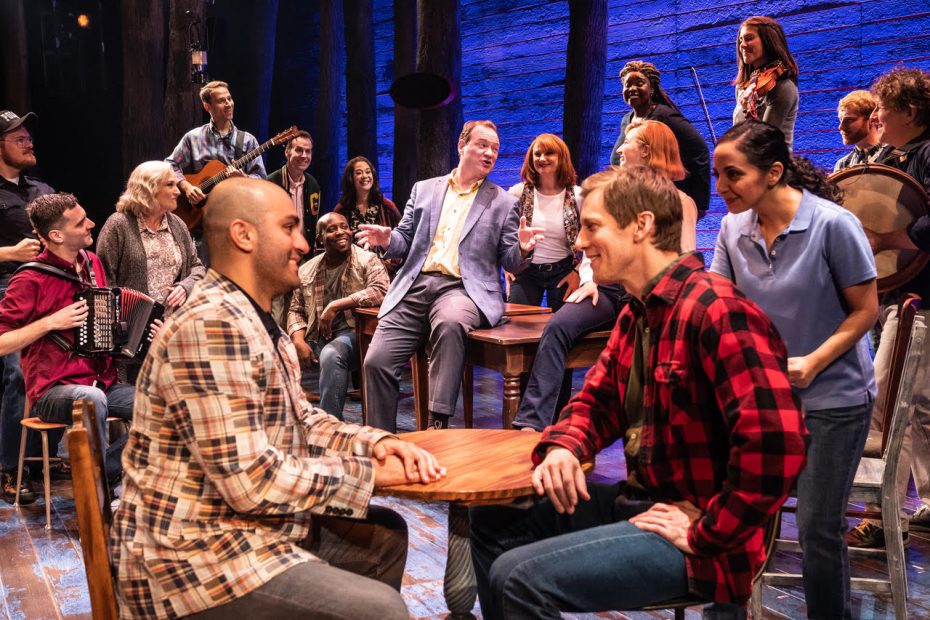 Once allowed off the planes and transferred to various emergency shelters in and around Gander , the passengers and crew watch replays of the attacks on the news and learn the true reason why they were grounded. The frightened and lonely passengers desperately try to contact their families and pray for their loved ones, while the townsfolk work through the night to help them in any and every way they can.

The travelers are initially taken aback by their hosts’ uncommon hospitality, but they slowly let their guards down and begin to bond with the quirky townsfolk and each other. The “islanders” in Gander and the surrounding towns open up their homes to the “plane people”, regardless of their guests’ race, nationality or sexual orientation. Two women, Beulah (from Gander) and Hannah (from New York), bond over the fact that both of their sons are firefighters, but Hannah’s son is missing. Hannah asks Beulah to take her to a Catholic church, and a number of characters make their way to other houses of worship around town. 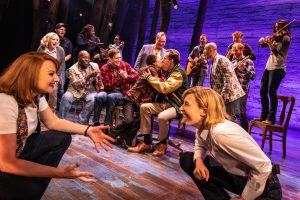 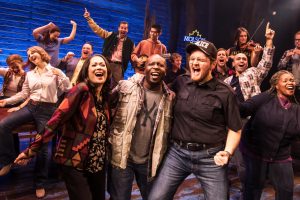 To alleviate rising fear and mounting tensions, the passengers are invited to be initiated as honorary Newfoundlanders at the local bar . The gravity of the attacks nevertheless continues to set in as US airspace is eventually reopened. One trailblazing pilot, Beverley Bass, comments on how her once optimistic view of the world has suddenly changed. While one pair of passengers starts to develop a romance despite the terrible thing that brought them together , another pair sees their long-term relationship fall apart under the stress of the event.

As the passengers and crew fly away to their homes, they joyously exchange stories of the immense kindness and generosity that was shown to them by the Newfoundland strangers in their time of need. The townsfolk in Gander return to normal life, but comment on how empty their town now seems and how different the world now feels. The passengers and airline staff who return to the United States are faced with the horror of the attacks’ aftermath—including Hannah, who learns that her firefighter son lost his life during the rescue efforts.

Ten years later, the crew and passengers (the “come from away”) of the once stranded planes reunite in Gander, this time by choice, to celebrate the lifelong friendships and strong connections they formed in spite of the terrorist attacks . As Claude the mayor professes, “Tonight we honour what was lost, but we also commemorate what we found.” 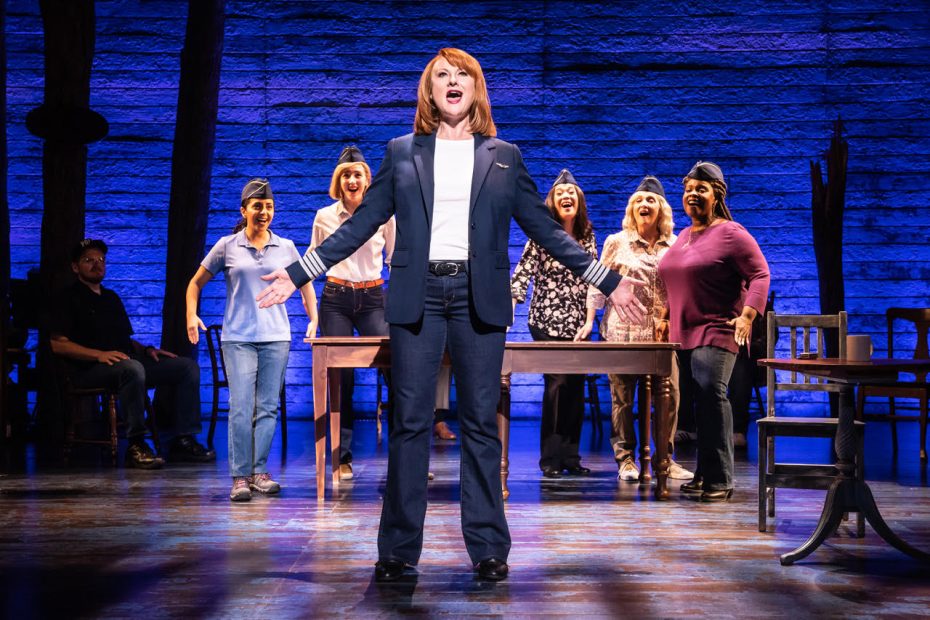 The live performance of COME FROM AWAY was filmed in New York at the Gerald Schoenfeld Theatre in May 2021, where the Broadway production is staged, for an audience that included 9/11 survivors and front-line workers; and, employed over 200 people including members of the Broadway crew, staff and creative teams.

COME FROM AWAY was originally co-produced in 2015 by La Jolla Playhouse and Seattle Repertory Theatre, and presented in 2016 by Ford’s Theatre in Washington, DC and Mirvish Productions at the Royal Alexandra Theatre in Toronto, CA. COME FROM AWAY (NAMT Festival 2013) was originally developed at the Canadian Music Theatre Project, Michael Rubinoff Producer, Sheridan College in Oakville, Ontario, Canada and was further developed at Goodspeed Musicals’ Festival of New Artists, in East Haddam, CT. The Canada Council for the Arts, The Ontario Arts Council, and the Fifth Avenue Theatre in Seattle WA also provided development support. 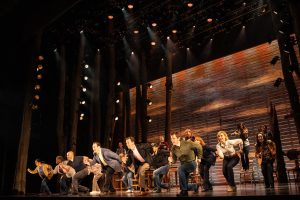 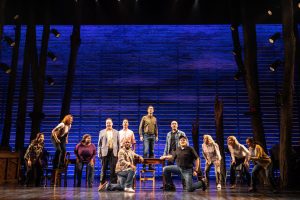 For the latest news, announcements and “backstage” access on all of our upcoming shows become a fan of Broadway Across Canada at www.Facebook.com/BroadwayAcrossCanada, follow us on Twitter @BACTouring and on Instagram @BACTouring. Join the conversation using #BACTouring #BACSub #BACSuperfan.

Connect with COME FROM AWAY: