*Disclosure: I did receive complimentary tickets to the advance screening. As always all my opinions are my own*

SYNOPSIS: Woody (voice of Tom Hanks) has always been confident about his place in the world, and that his priority is taking care of his kid, whether that’s Andy or Bonnie. So, when Bonnie’s beloved new craft-project-turned-toy, Forky (voice of Tony Hale), declares himself as “trash” and not a toy, Woody takes it upon himself to show Forky why he should embrace being a toy. But when Bonnie takes the whole gang on her family’s road trip excursion, Woody ends up on an unexpected detour that includes a reunion with his long-lost friend Bo Peep (voice of Annie Potts). After years of being on her own, Bo’s adventurous spirit and life on the road belie her delicate porcelain exterior. As Woody and Bo realize they’re worlds apart when it comes to life as a toy, they soon come to find that’s the least of their worries. Directed by Josh Cooley (“Riley’s First Date?”), and produced by Mark Nielsen (associate producer “Inside Out”) and Jonas Rivera (“Inside Out,” “Up”), Disney and Pixar’s “Toy Story 4” ventures to theatres on June 20, 2019.

It blows me away that Toy Story has been around for 24 years! This series will never get old. I’m always wondering if the sequel will live up to the original but with Toy Story, they have always surpassed my expectations. Toy Story 4 was no exception to this. One of the things I love about the newer Disney movies is that they are always adding in some adult humor. Which Ducky and Bunny they had no shortage of! This is also what looks like the final installment of the Toy Story saga which is pretty sad as Toy Story is a favorite in our household. I felt like this film had the right mix of laughs, a little bit of scariness, and some tender moments. I don’t want to give away any spoilers since it has just come out but bring some kleenex!

My 3 year old actually sat and watched the entire movie without asking to get up. If that is any indication to you of how good of a movie this was. We haven’t brought him to a movie in quite some time because he does sit still. However, when he truly is enjoying a show or movie he will sit and watch it all! Both my kids were obsessed with Forky and I have to say I kind of am now too. He was a hilarious addition to the movie. I was kind of bummed about Buzz’s character as I felt like we didn’t see much of him. That, and they made him seem like he wasn’t very intelligent but it did make for a lot of laughs. It was so great to see Woody and Bo Beep together again and to see how much she has changed! My favorite character by far was Duke Caboom! As a Canadian how could you not fall in love with him!?

This is a must see this Summer – hands down! I feel like this is a movie that everyone will love… even my husband was laughing which is no easy feat. Gabby Gabby’s henchmen were pretty creepy and actually made me jump so that is something to keep in mind. However, my 3-year-old absolutely loved the whole movie so it truly is for everyone.

Be sure to check it out! 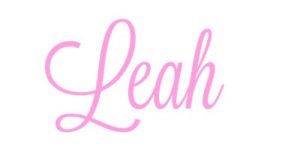