*Disclosure: I did receive a complimentary copy of this film to facilitate this blog post. As always all my opinions are my own*

Recently we were lucky enough to be one of the first people to get a hold of the new Dolittle film. While I am always skeptical of a remake I was pleasantly surprised at how much we enjoyed the movie. So, I figured I would share some of our favorite things about the film with you!

Robert Downey Jr. electrifies as the man who could talk to animals: DOLITTLE. After losing his wife, he hermits himself away behind the high wall of his manor but is forced to set sail on an epic adventure when the queen falls gravely ill. Helping Dolittle in search of a rare cure are his rambunctious animal friends—including Chee-Chee (Malek), an anxious, self-conscious gorilla; Dab-Dab (Octavia Spencer, The Help), an enthusiastic but bird-brained duck; the bickering duo of cynical, neurotic ostrich Plimpton (Kumail Nanjiani, The Big Sick, “Silicon Valley”) and chilly-but-chill polar bear Yoshi (Cena); as well as a headstrong parrot named Polynesia (Thompson). 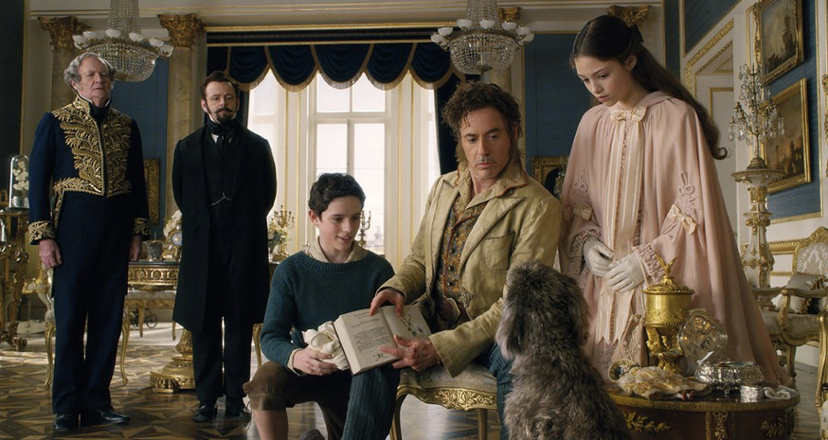 This take on Dr. Dolittle is very different from the original with Eddie Murphy. From what I have read it is much more true to the book in which Dr.Dolittle is based on. The beginning of the movie is when you find out how Dolittle discovered his gift, met his wife and started his practice much like the original. But, it takes a sad turn when Dolittle’s wife passes away and he goes into exile. It isn’t until when he has a visitor asking for his help to save the queen that the exciting journey begins. My kids certainly loved the wide variety of animals he meets along his way. As with many of the newer family films, there are a number of adult jokes which I always appreciate!

The one aspect of the movie that I didn’t love was the accent he used, I found him hard to understand at times. Which maybe just a part of the character but I wasn’t a fan. As always the CGI was done very well and I enjoyed the fact that I recognized a couple of the actor’s voices without reading about the cast.

Near the end of the movie, my daughter told me that this is her new favorite – which is quite impressive. Added to the fact that it was able to keep my 4-year-old sons attention throughout the whole movie. This is no easy feat as he often gets bored or fidgety while sitting for long periods of time. 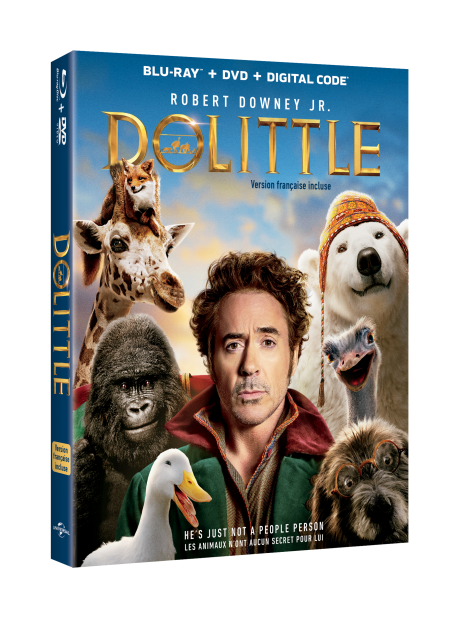 We know with Covid 19 happening it can be difficult to find so we have the link to Amazon here! And, it’s on sale!

We hope you will enjoy it as much as we have!