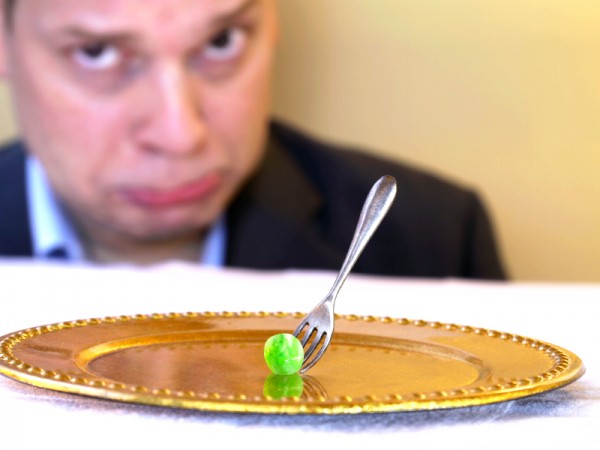 I’ve noticed a trend. A high proportion of foodies have kids who are picky eaters.

While my work is based on scientific evidence, there’s value in experience too. And after working with families with picky eaters for more than 5 years, I’ve got some experience.

Now I fully admit that I have some bias here. Researchers would call it ‘self-selection bias’. It might just be that it’s foodies who come out to my workshops and get me to come into their homes to work one-to-one.

In any case, here’s the two causes of picky eating that I’ve noticed amongst foodie’s children.

They Inherited Your Sensitive Palate

The very palate that, in an adult, is such a blessing when it comes to appreciating great food is a burden in a child.  Many people come to be foodies because they can taste so clearly the differences between ingredients, the difference that excellent technique creates, the harmony and layering of flavours in a dish. But it’s this same sensitivity that makes trying new foods so scary – their taste buds send such strong messages – messages of yummy tastes and messages of yucky tastes.

You’re Too Willing to Make them an Alternative

There’s almost no worse torture for a foodie than to be forced to eat something that we don’t like. And so it seems extra difficult for a foodie to create boundaries around meals – to say “no” to the stubborn toddler or preschooler who is enjoying the power struggle over food. You’re extra willing to jump up and make a separate meal for your little one.

But, because you pride yourself in cooking for others, and sharing food is such a central value for you, this irks you deeply. Add on to that the concern that all parents have about their kids getting the nutrition that they need, and you’ve got one stressed parent!

So, what’s the solution? The first step is to accept your little one’s sensitive palate. And, perhaps even celebrate it because you know that in a few years you’ll be able to enjoy being foodies together.

The next step is to stop cooking different meals for different family members. Use your cooking skills to plan and prepare meals that include both familiar foods and challenging foods for your picky eater. This way your little one will always have at least something to eat at a meal.

You’ll be role modeling eating the foods that you want your child to eat (eventually). And, you’re giving your child the opportunity to try something new when he or she feels brave enough to try it.

What do you think? I’d love to hear your thoughts – both if you’re a foodie and if you’re far from it.

Kristen is a child feeding expert often referred to as The Dietitian who Transforms Picky Eaters into Food-Confident Kids. She shows families evidence-based strategies to gets kids to try new foods on their own (without negotiations, deception, or being sneaky) to start them along a path to a life-long LOVE of healthy eating.

When she’s not gardening, shopping at a farmers’ markets, cooking or entertaining Kristen’s balancing all her food related interests by taking her surfboard down off the wall (where’s it’s been collecting dust for almost 10 years) and is getting back in the water. You can also find her on Twitter and Facebook.