*Disclosure: I did receive this DVD in exchange for this blog post. As always all my opinions are my own*

Warner Brothers are back with another Lego film! I was a huge fan of the first film as I think it has something for everyone including some humor for the parents as well.

The much-anticipated sequel to the critically acclaimed, global box office phenomenon that started it all, “The LEGO® Movie 2: The Second Part” reunites the heroes of Bricksburg in an all new action-packed adventure to save their beloved city. It’s been five years since everything was awesome and the citizens are now facing a huge new threat: LEGO DUPLO® invaders from outer space, wrecking everything faster than it can be rebuilt. The battle to defeat the invaders and restore harmony to the LEGO universe will take Emmet (Chris Pratt), Lucy (Elizabeth Banks), Batman (Will Arnett) and their friends to faraway, unexplored worlds, including a galaxy filled with fantastic planets, strange characters and catchy new songs. It will test their courage, creativity and Master Building skills, and reveal just how special they really are. 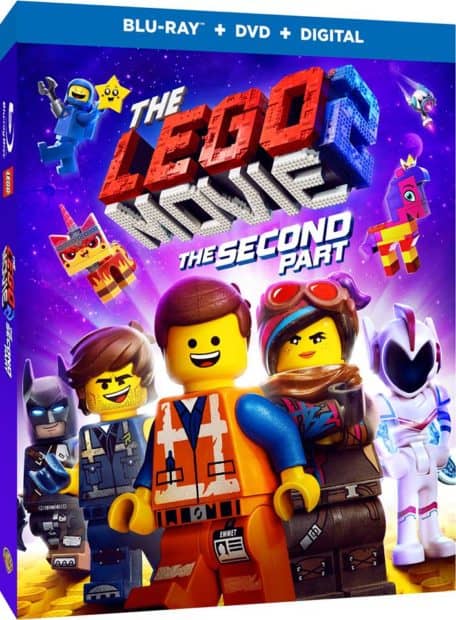 We have the new Lego Movie 2: The Second Part DVD to giveaway to one of our readers!

Our winner will be chosen on May 8th!

The DVD will be shipped to the winner the week of May 13th!