Disclosure: I received part of my hotel stay and some activities to facilitate this post.

If you’re doing a road trip down the California Coast, do NOT just end up in Los Angeles and call it done. Make the treck all the way South to San Diego (it’s only a couple of hours further!), you won’t regret it, I promise. 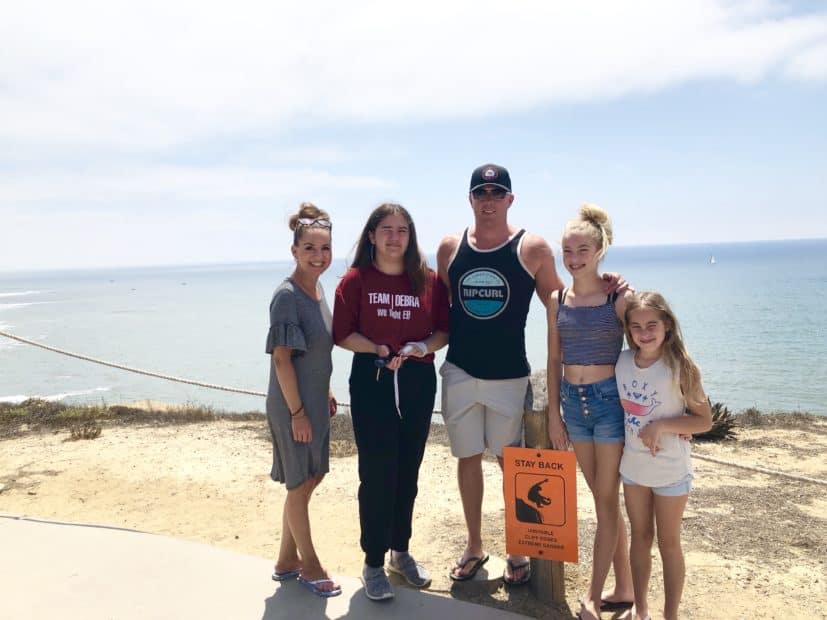 San Diego is filled with amazing family-friendly things to do, beautiful sites, amazing beaches, and phenomenal weather year-round. Plus, it’s a lot more laid back and bit more slow moving in comparison to L.A.

In the month of October, Kids Free San Diego features 100+ FREE deals just for kids throughout the month! 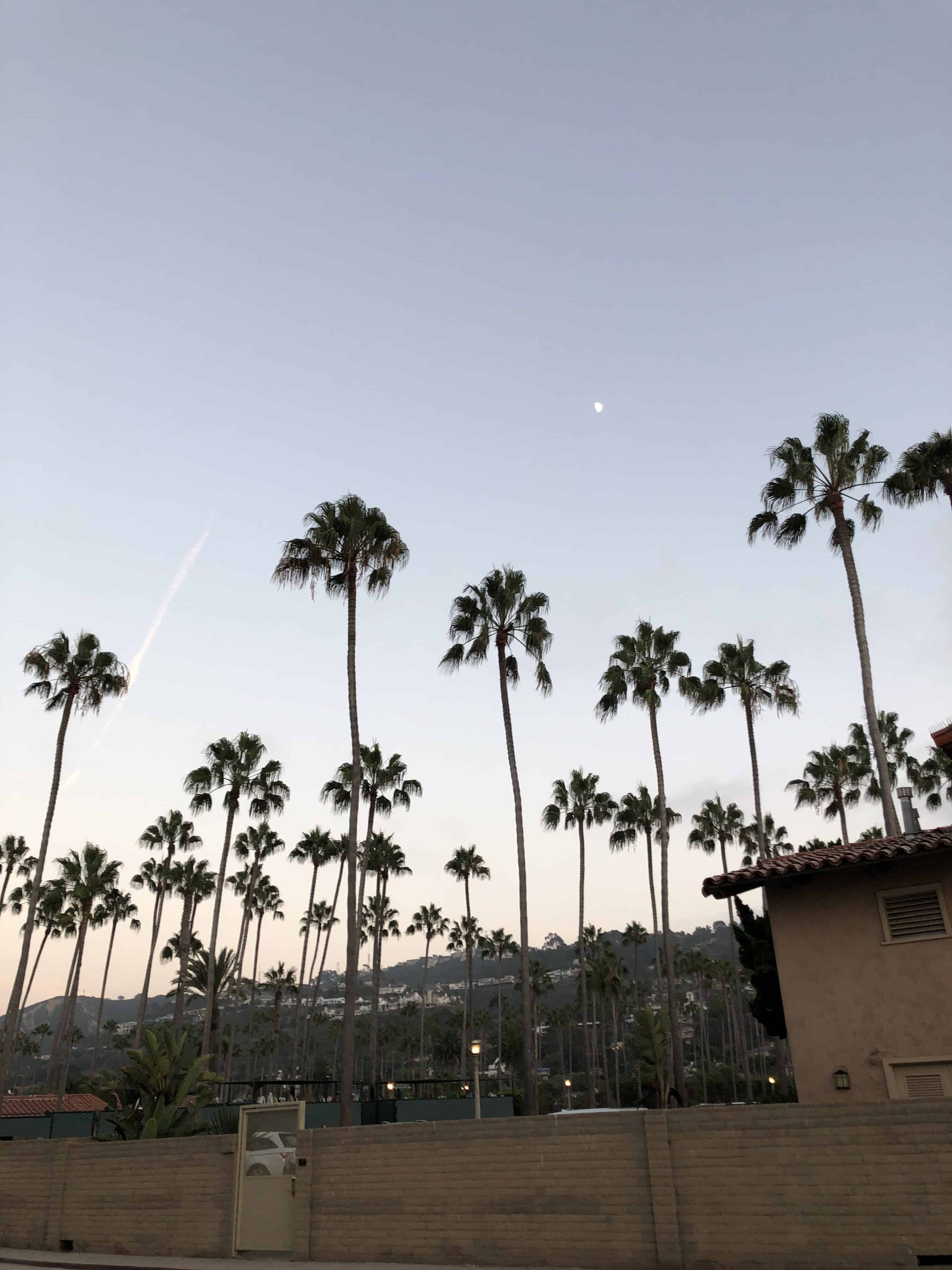 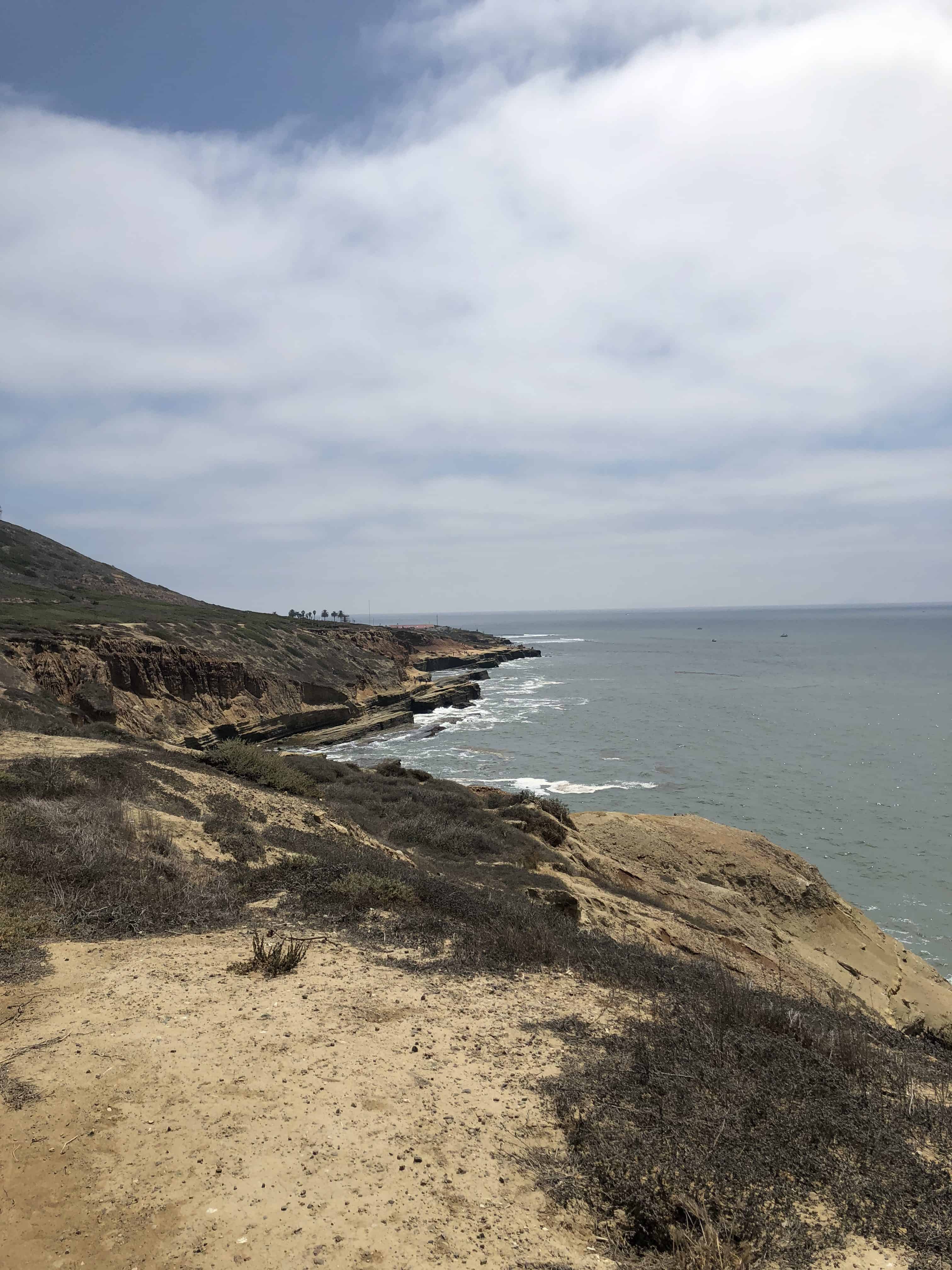 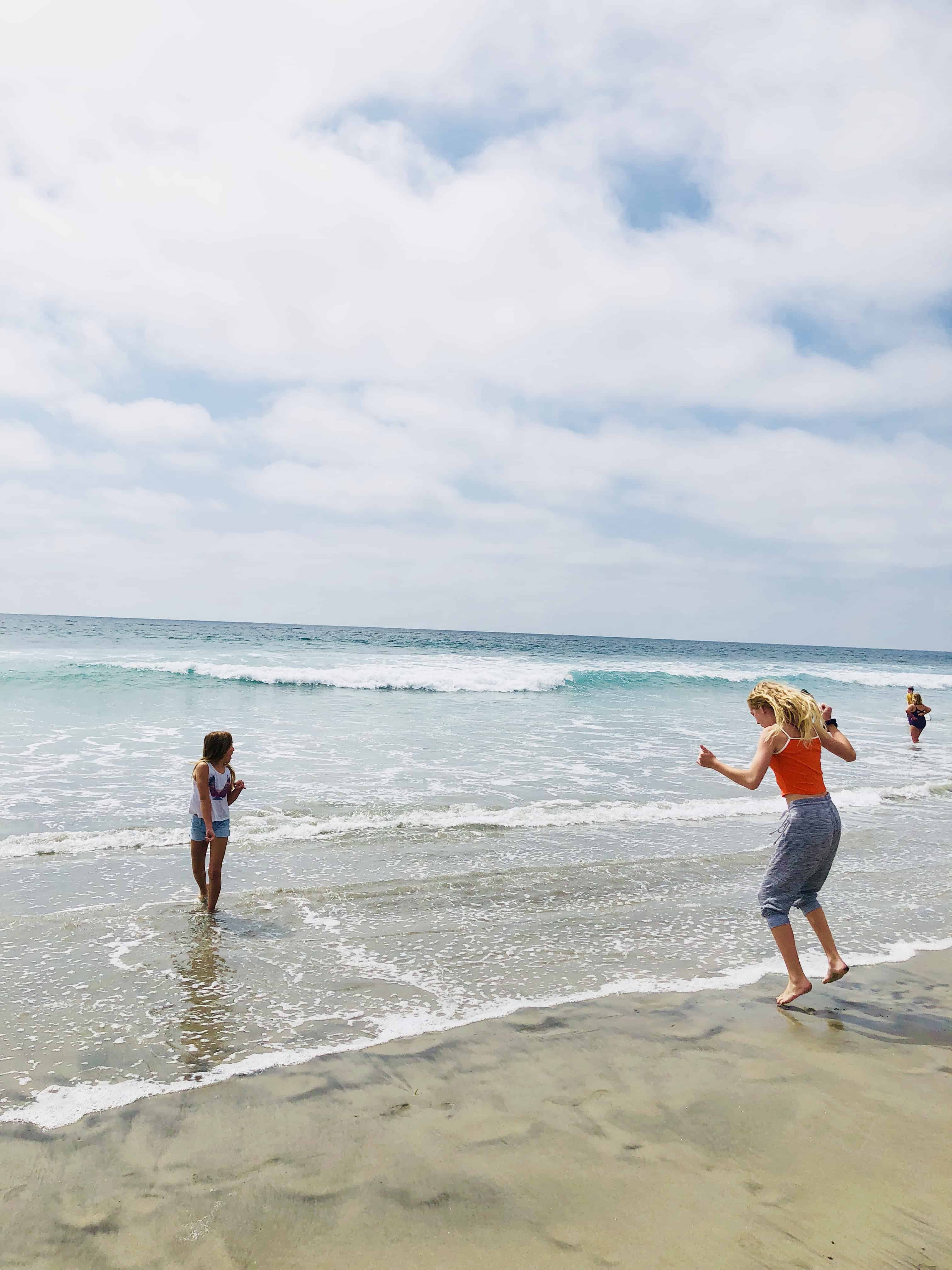 We chose La Jolla Shores Hotel for it’s beachfront location in the beautiful quiet suburb of La Jolla which makes it feel much less big-city and much more beach vacay. As I mentioned in my Hollywood post, I much prefer a small low-rise hotel to a high-rise, and this couldn’t be truer for a beachfront destination for me. High-rise hotels remind me of business meetings and conventions, so take me away, La Jolla Shores, to the beach.

The hotel offers nightly activities including movies by the pool, s’mores on the beach and poolside Sundae Bars. Not only can you book a BBQ on the beach, you can have it cooked for you or grill it yourself. But all of this is detailed in the post about La Jolla and the hotel itself! (hint: we adored our stay so much!) 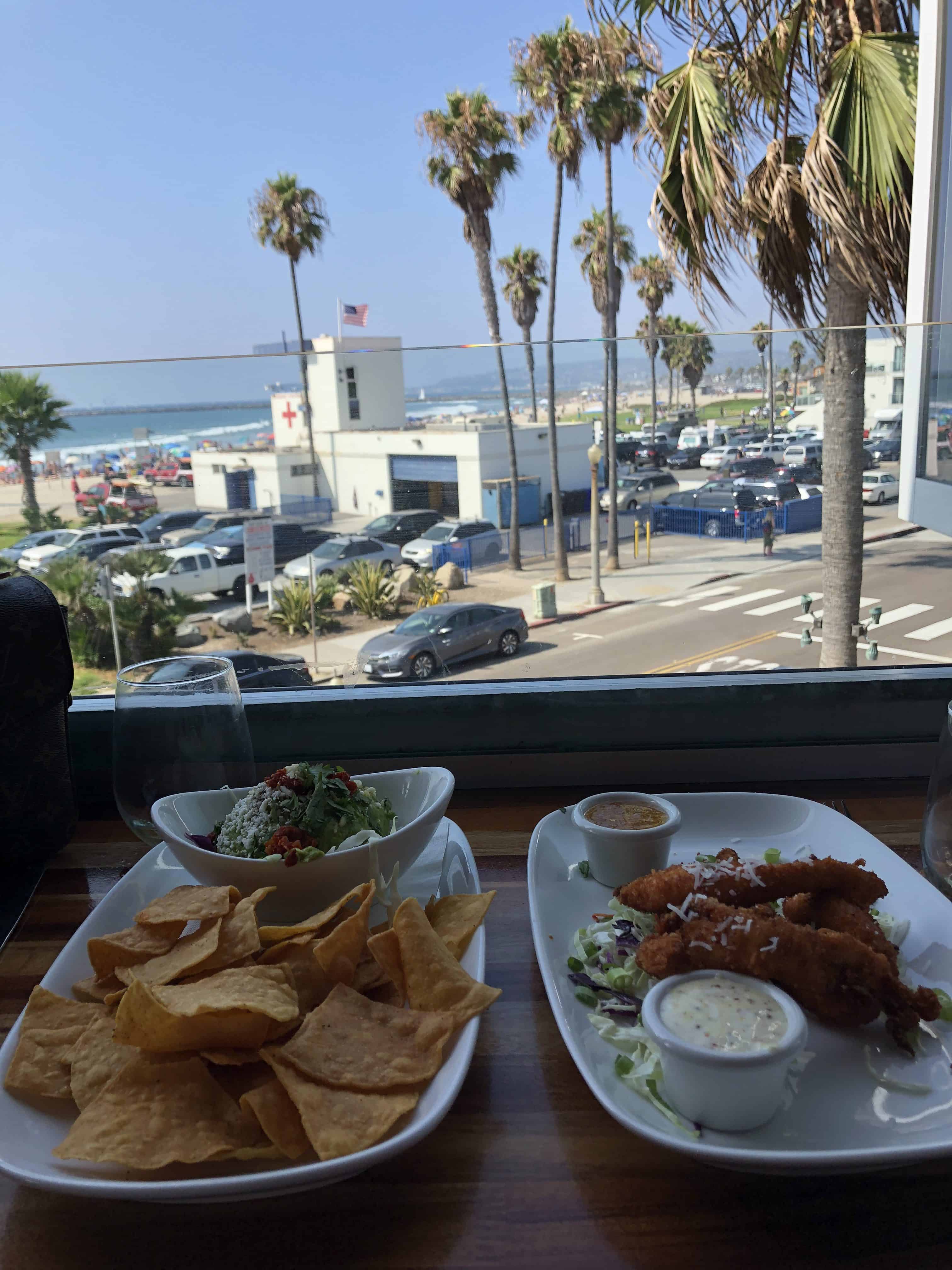 There are so many amazing options for dining in and around San Diego. At the Marine Room, you can dine right in the waves with their high-tide dinners. A short walk up the street from La Jolla Shores beach is a selection of restaurants and cafe’s on Avenida De La Playa. We dined at the Italian restaurant, Osteria Romantica, and it was delicious, all homemade pasta and great inexpensive wine. Two of my girls didn’t want Italian, so they scooted up the street on their own for Scoop’s Crepes instead. It worked out perfectly!

Eat right on the beach with a BBQ at La Shores Hotel restaurant. Just book ahead, they have various meats for grilling, sides, and desserts. You can grill yourself on their BBQs or they’ll prepare the food for you.

We also managed to grab a date night in San Diego with my sister and her husband at Casa Guadalajara, which we have been to before. With homemade tortillas, a mariachi band, and amazing margaritas, I highly recommend it! 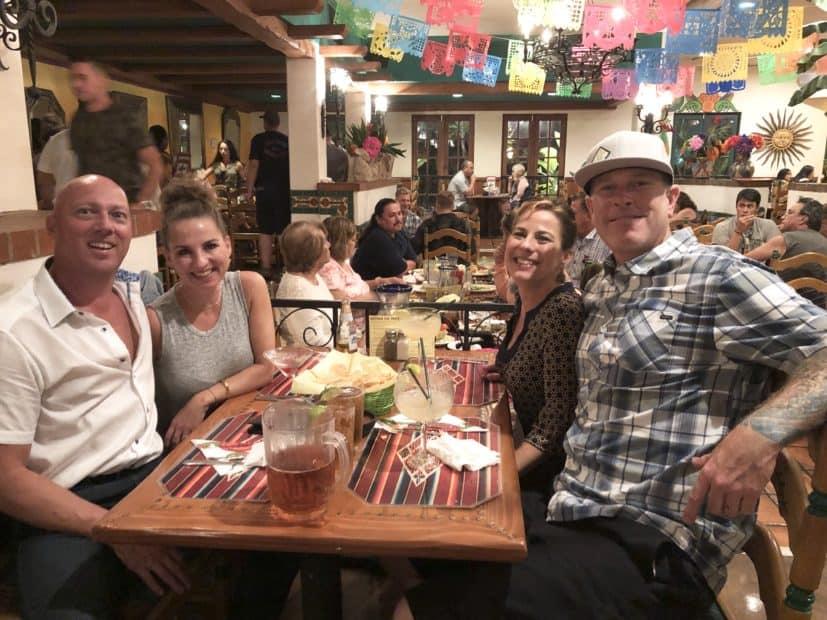 Head to Ocean Beach and dine oceanfront at Wonderland. The food is amazing, the views are second to none, and the people watching is entertaining. There was a Surf Competition on the beach the day we dined here. (above) 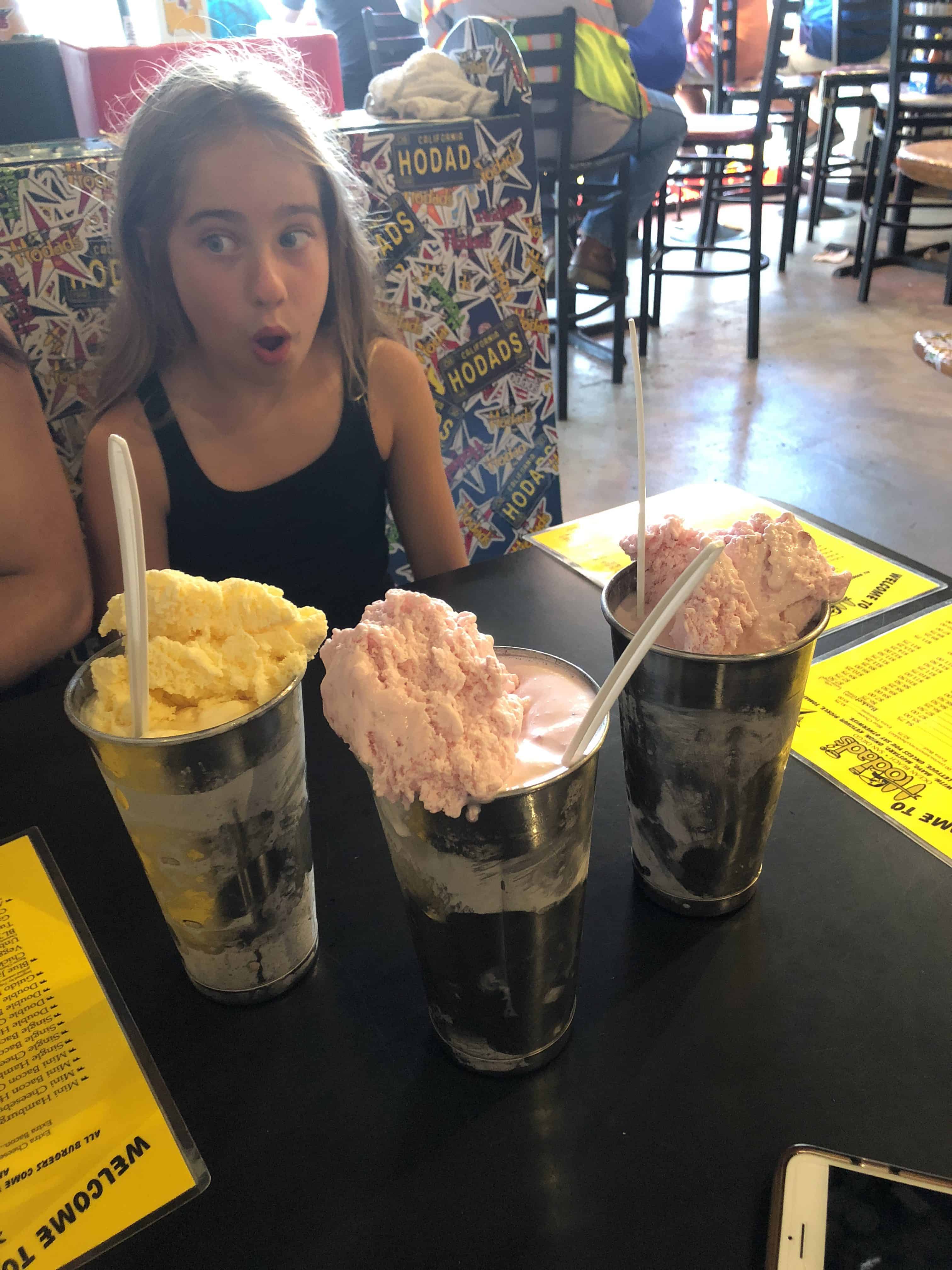 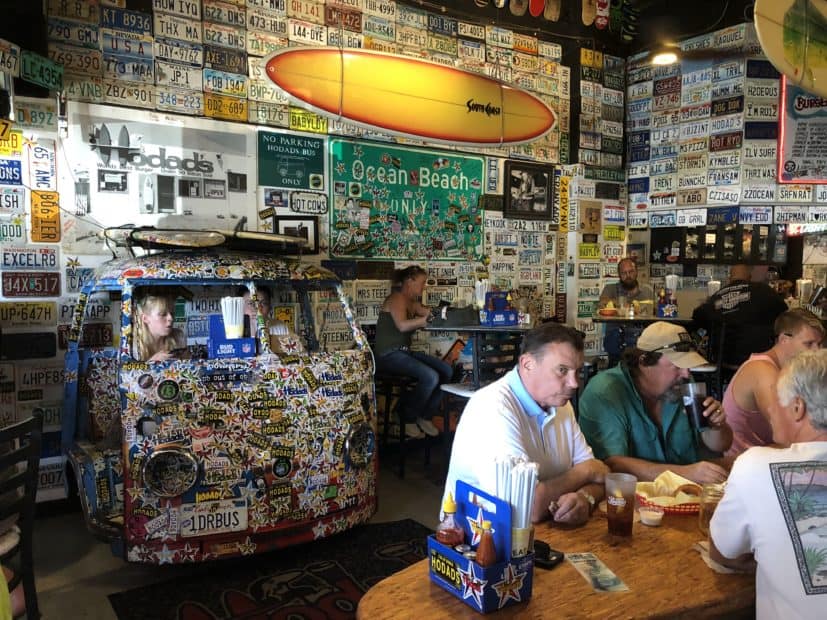 Hodad’s for a giant cheeseburger is also on my don’t miss list. Be prepared to wait in line just to dine here, but this kitschy place and its massive homemade burgers and enormous milkshakes are worth the wait. Try to spot your home license plate on the walls covered in license plates from all over the world.

Cabrillo is the Southernmost point of Point Loma and this park offers a view of San Diego’s harbor and skyline, as well as Coronado and Naval Air Station North Island. On clear days, you can see far into the Pacific Ocean, Tijuana, and Mexico’s Coronado Islands. A visitor center screens a film about Cabrillo’s voyage and has exhibits about the expedition. 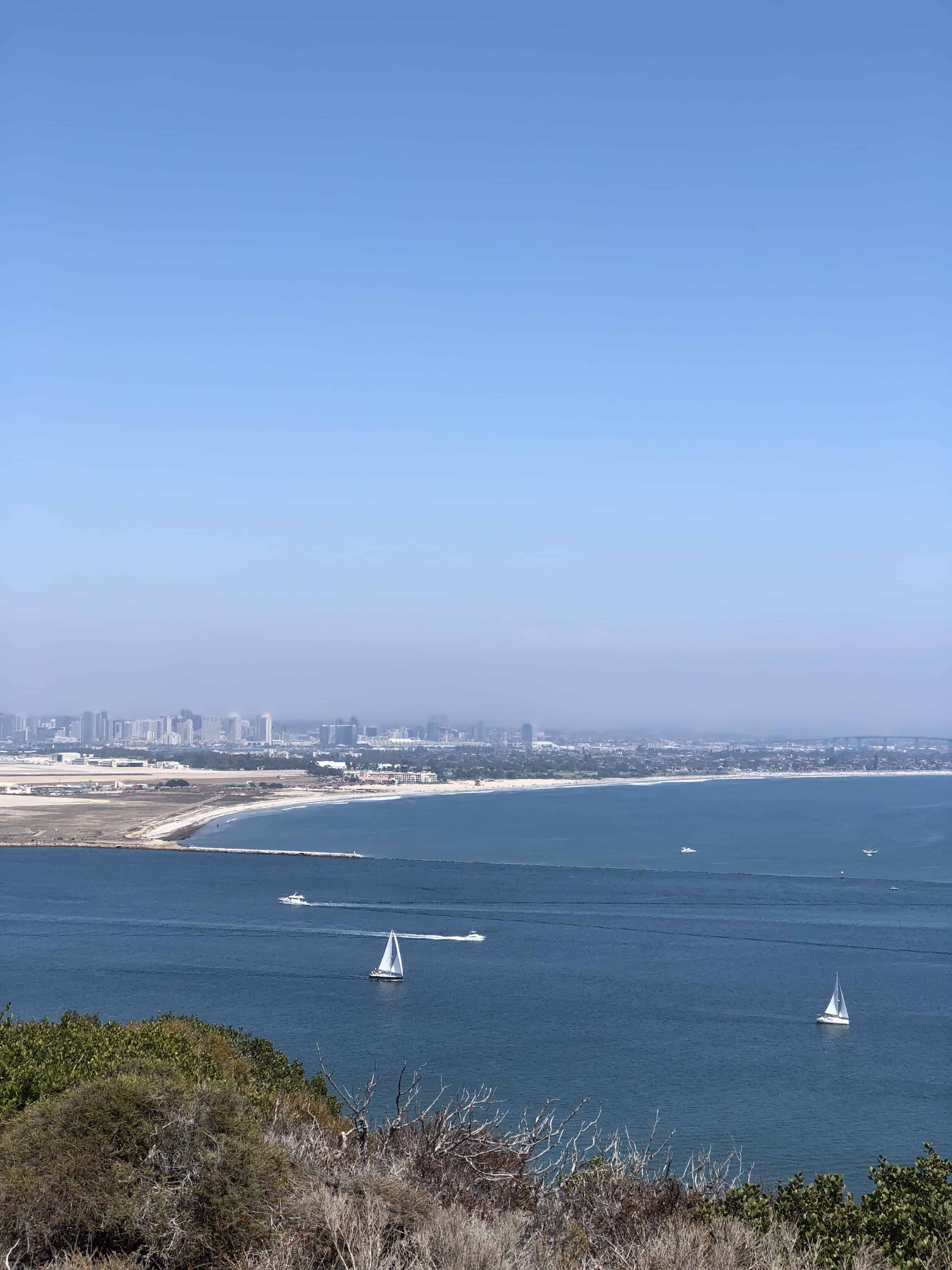 If this is your first visit to San Diego, I would recommend doing the San Diego Zoo (some claim it’s the #1 Zoo in the world). We had visited it in the past, so we wanted to see the new Safari Park (which is not at the same location as the Zoo) this time. The Safari Park is a massive park filled with exotic animals. The Africa Tram will take you through the plains of Africa where you’ll spot giraffes, zebras, hippos, rhinos and more. We were lucky enough to be able to spot the new (1-week old at the time) baby elephant, Zuli, who is part of the herd of 13 African elephants. 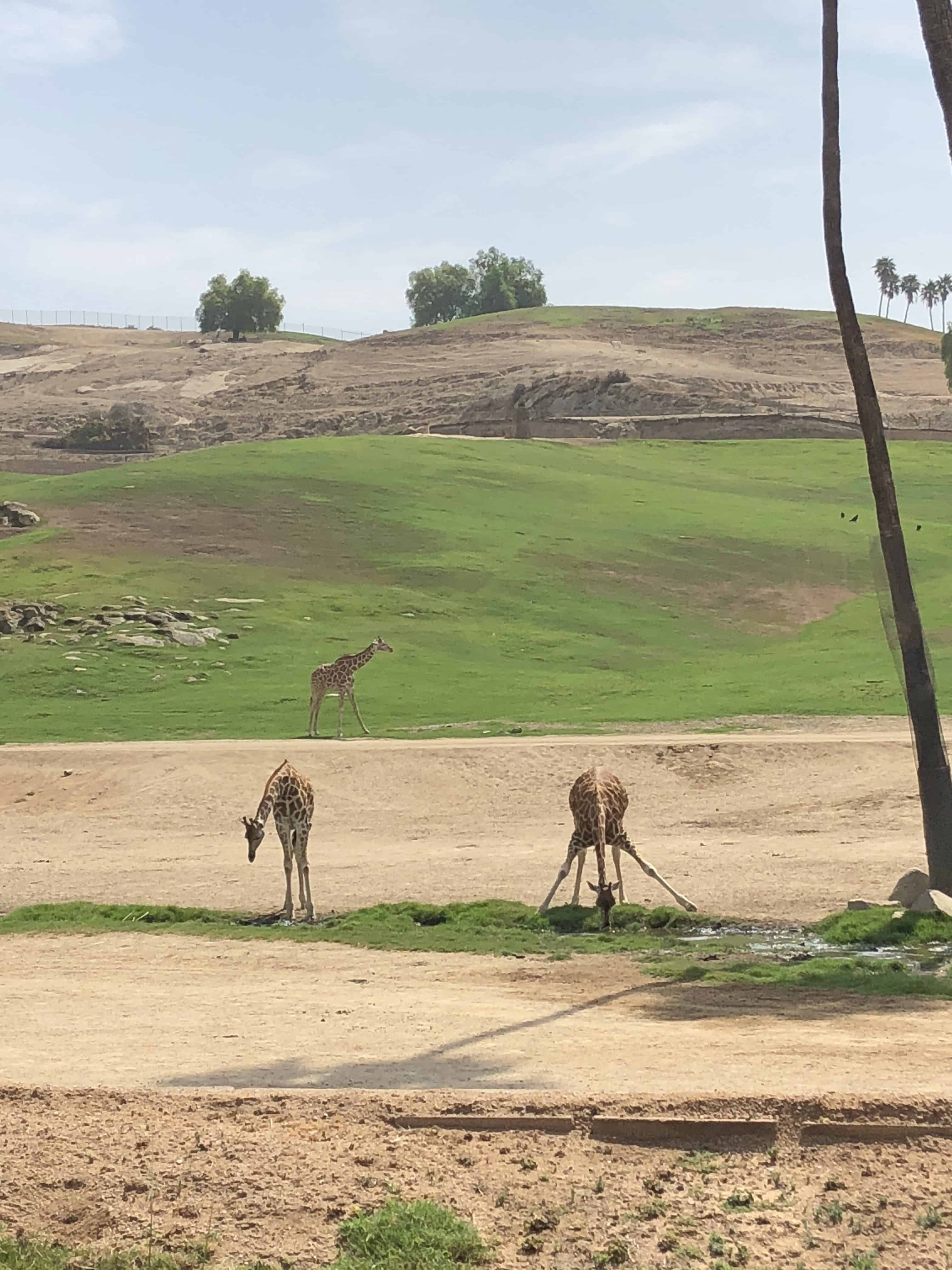 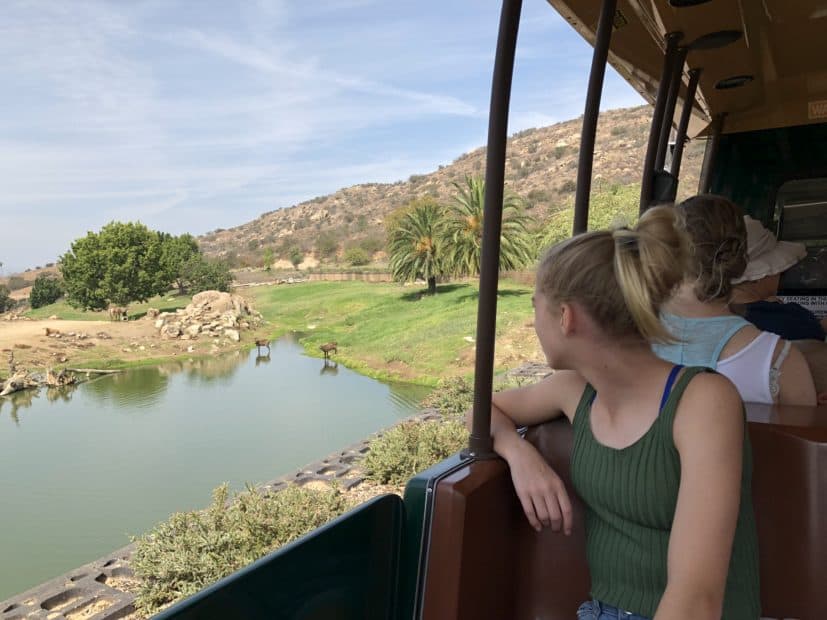 This was truly a highlight for me, as although we had been to San Diego numerous times in the past (my sister lives there), we had never done a sightseeing tour in the harbor. It’s a one-hour cruise North and a one-hour cruise South. You can do both or either. We did the one-hour South to go under the Coronado bridge and see much of the downtown skyline, as well as passing by many many naval ships and even the Navy, Seals training base. 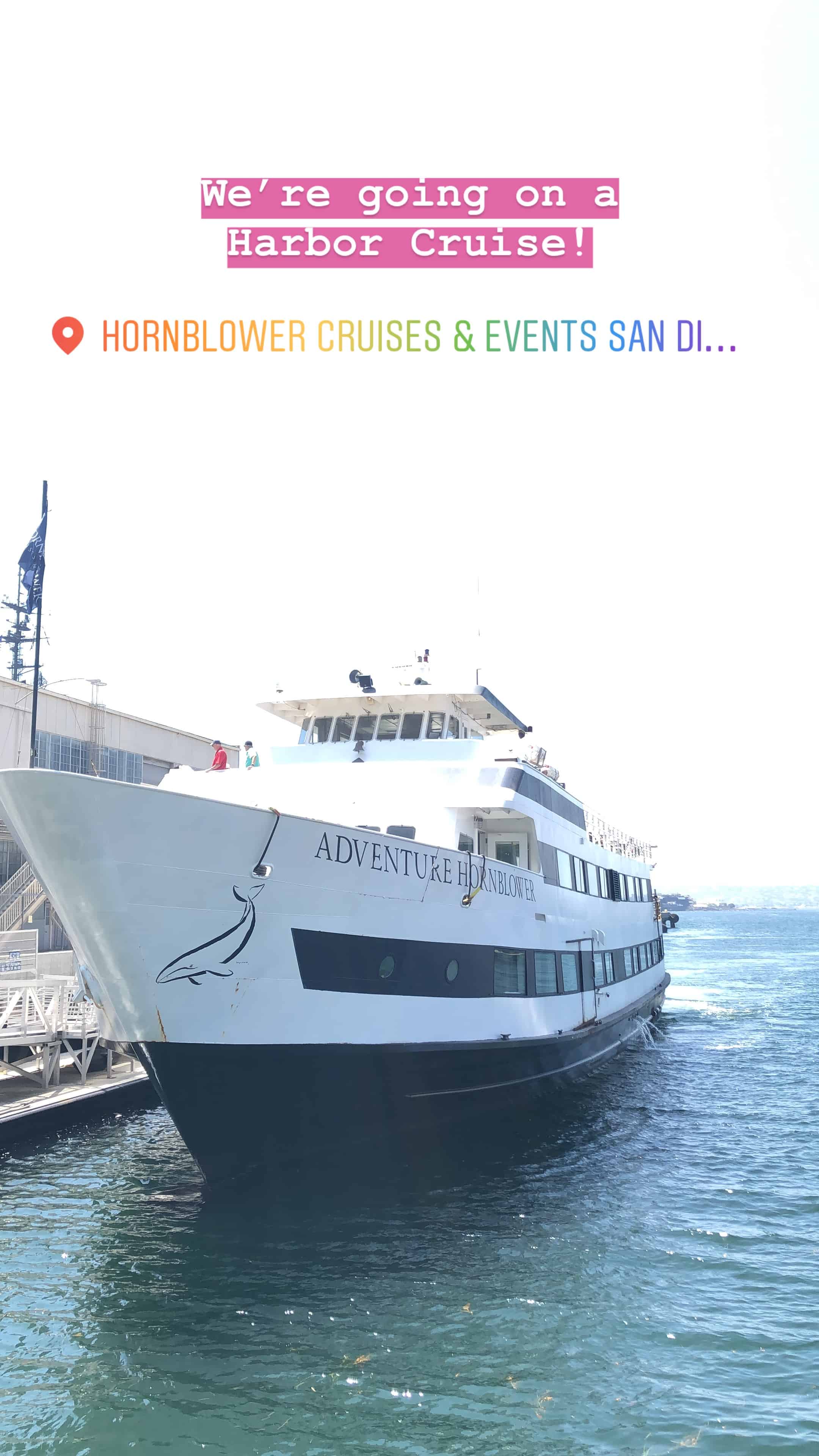 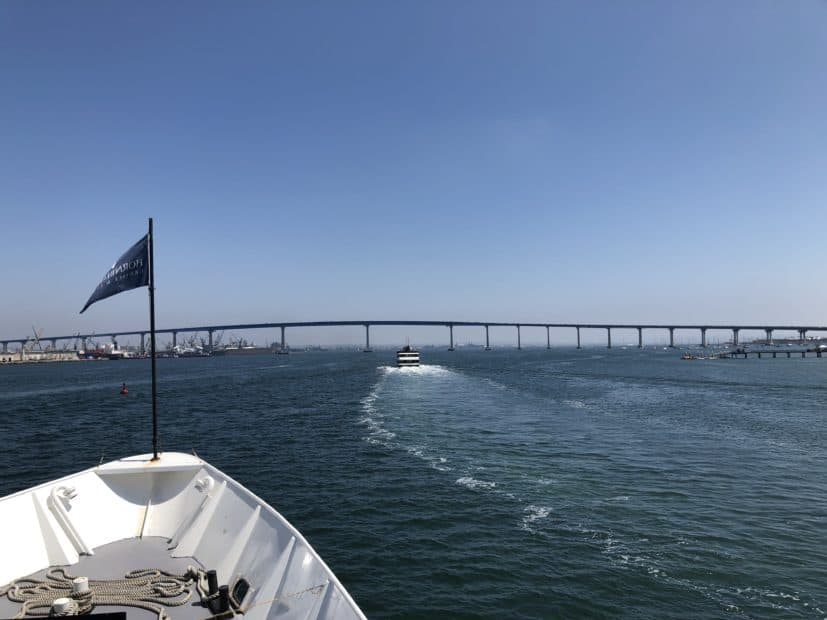 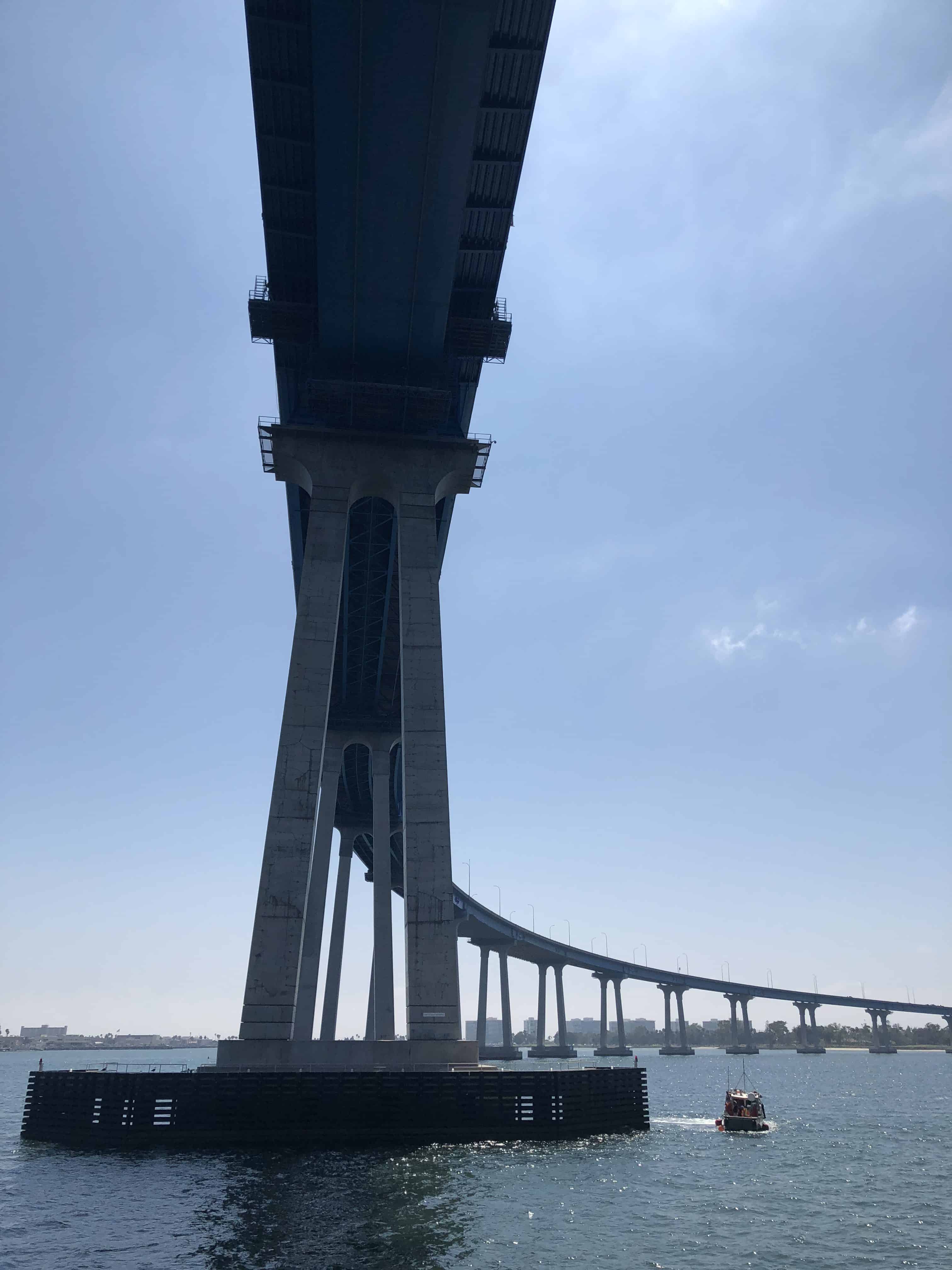 Try to do this on a weekend if you are just going to view the gliders. If you want to actually do it, go weekday so it’ll be less busy. It is so amazing to watch the gliders magically take off and fly around in the wind. I don’t know how they do it, and I don’t know that I could do it myself, but it’s fun to watch! Mike was going to try it but it was quite pricey $175 for one glide (approximately 20 minutes). 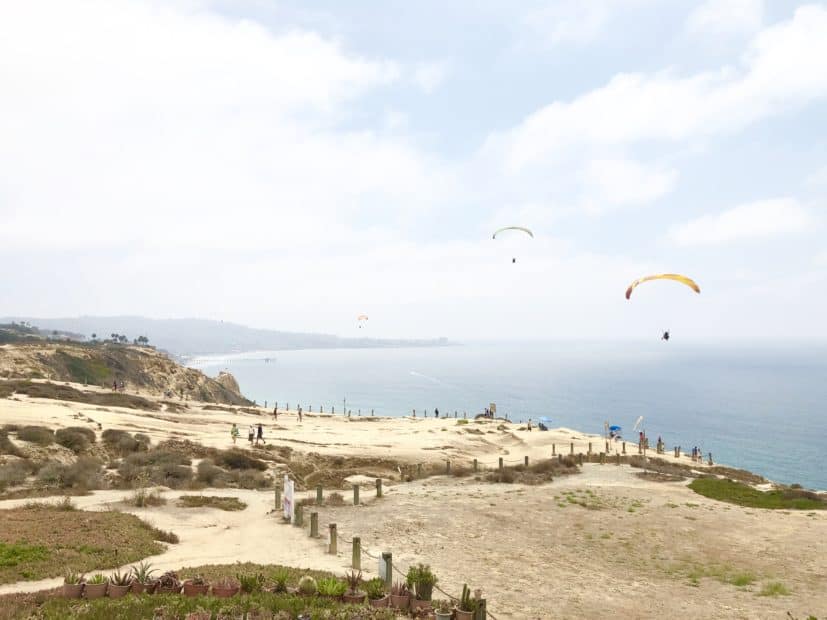 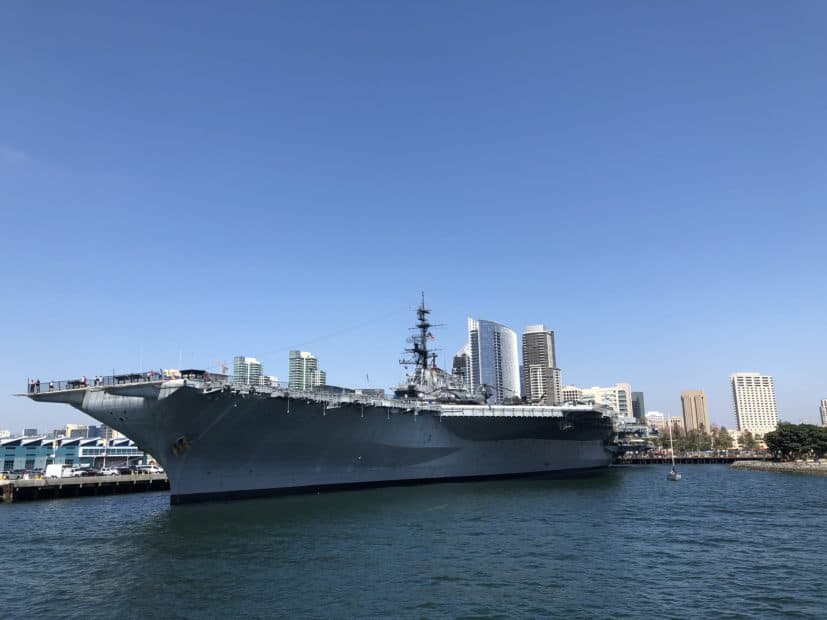 The USS Midway (above) is a Navy Ship Museum that can be toured! It’s massive and very impressive.

There are so very many things to do in San Diego, I could go on forever. These are the things we enjoyed on our trip though. Visit San Diego Tourism to plan your visit!