Game nights are slowly coming back which is a great excuse to gift them to your friends and family! With so many new games coming out every year we have put together our favorites in our board game guide for 2022. 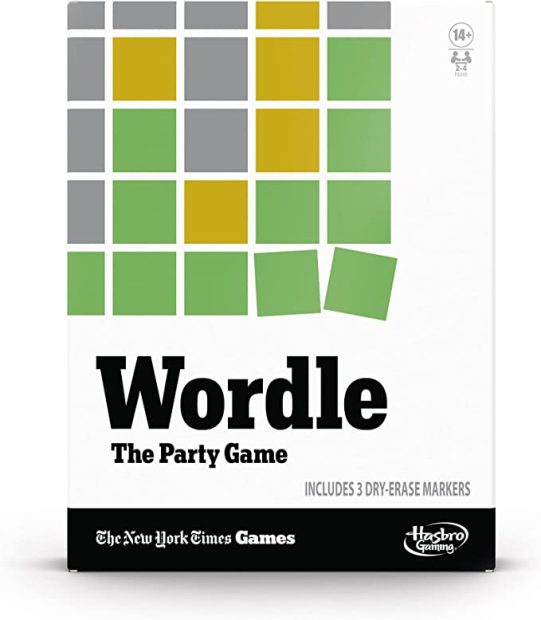 Love Wordle? Gather friends and family together to enjoy the favorite word-guessing game in real life with Wordle: The Party Game! Inspired by the digital version of the Wordle game, this analog game for 2-4 players delivers the classic Wordle gameplay as an exciting party game. Each round, a player designated as the Wordle Host writes down a Secret Word. Just like the original Wordle game, players try to guess it in the fewest tries (six max). But in this game, players are competing against others. The fewer tries a player needs, the fewer points they score. The player with the fewest points at the end of the game wins! 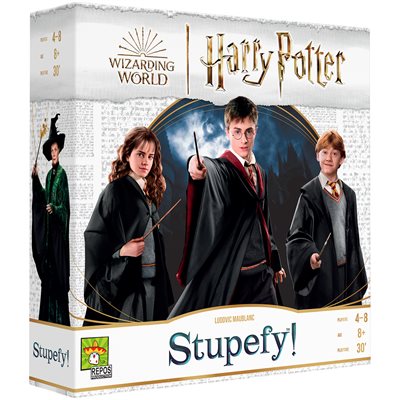 The moment you’ve been waiting for has arrived: Welcome to Hogwarts! Gryffindor, Hufflepuff, Slytherin or Slytherin, proudly wear the colors of your House and live up to its reputation. Practice casting spells to gain mastery, but beware…If you are stupefied, you risk losing points to your House.

Where to Buy: Chapters, Amazon 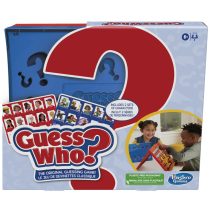 Bring back childhood memories of playing the classic Guess Who? game, and introduce this edition of the original guessing game to your kids and grandkids. With the Guess Who? board game, each player chooses a mystery character card and then using yes or no questions, they try to figure out the other player’s mystery person. The game features 2 double-sided character sheets including one with superhero characters. The character sheets easily slide in and out of the frame, making the game a breeze to set up. And the convenient fold-up case makes it a great choice for on-the-go play. The Guess Who? 2-player game is a great indoor activity for kids ages 6 and up.

Where to buy: Toys R Us, Chapters, Amazon, Walmart 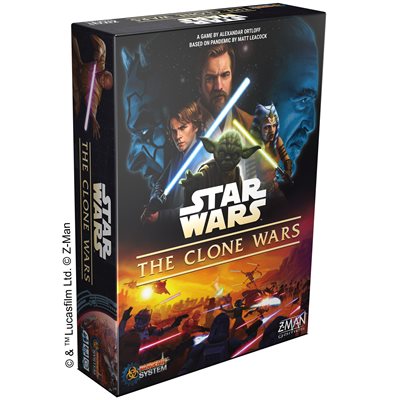 The Grand Army of the Republic is in continuous conflict with the unending waves of Count Dooku’s droid battalions. ln Star Wars: The Clone Wars – A Pandemic System Game, stand together as legendary Jedi against the Sith Lord and his Separatist forces. Utilize each character’s unique abilities to eut down swarms of droids, complete missions across the galaxy, and use the power of the Force to battle iconic villains across four exciting scenarios.

Where to buy: Asmodee 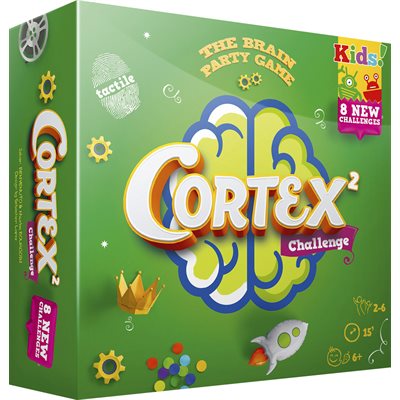 Cortex Challenge Kids is a fast-paced brain bender that tests your mental focus, flexibility, and speed, but geared toward younger players. Comprised of eight different types of challenges, players attempt to solve the puzzles faster than their opponents.

Where to buy: Asmodee 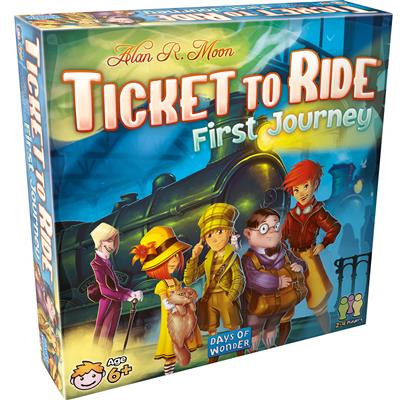 Players of all ages can now venture across America by train in Alan R. Moon’s Ticket to Ride: First Journey! With a brand-new map and simplified rules, First Journey is the perfect way to introduce new players to the game of cross-country travel. Just like in Ticket to Ride, players collect.

Where to buy: Chapters, Toys R US, Amazon 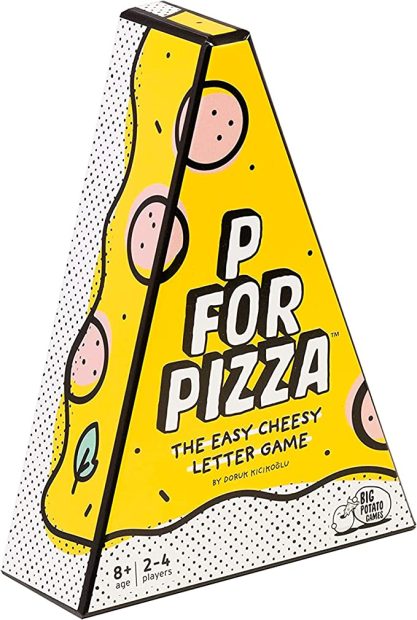 In P For Pizza, your mission is to think of words faster than your opponents. Like ‘spicy food starting with G’. Your goal is to build a pizza slice out of the cards that you win. The closer you get to the top the harder it gets, as you’ll only be able to compete for the harder categories.

Where to buy: Chapters, Amazon 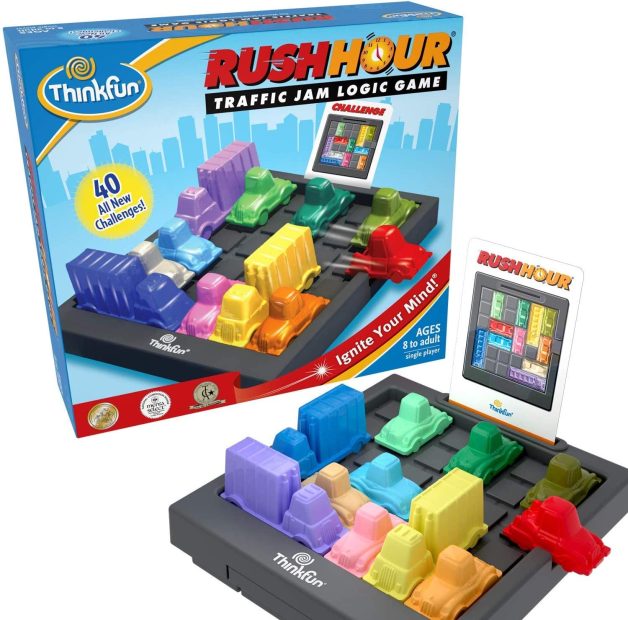 It will take more than a little skilled driving to get the red car out of this traffic jam – it will take brainpower. In Rush Hour, a sliding block logic game, you have to battle the gridlock as you slide the blocking vehicles out of the way for the red car to exit. With 40 all-new challenges, ranging in difficulty, players can progress at their own speed. As one of the best logic games of all time, Rush Hour is a must for every household.

Where to buy: Chapters, Amazon, Walmart 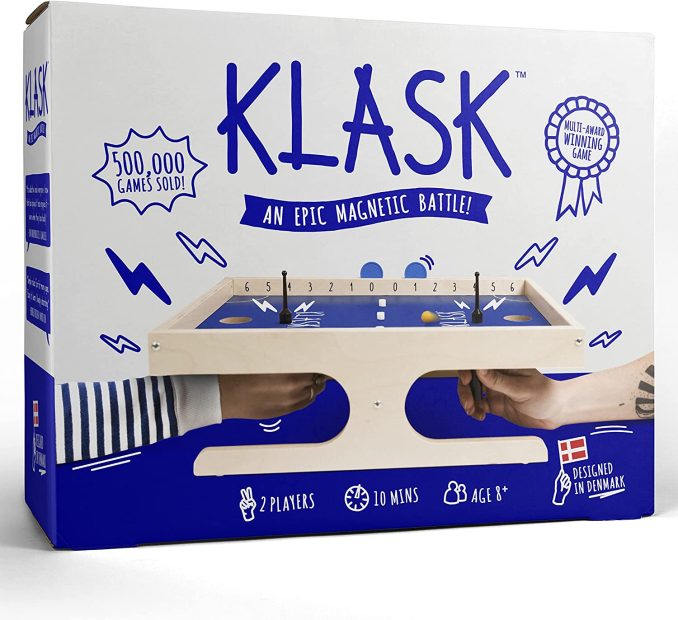 Slide! Dodge! Strike! Score! The award-winning magnetic gameplay of KLASK is unique, exciting and like no other game out there! This awesome action-packed battle will have everyone in the room playing again and again. Move quick but be tactical too, KLASK demands fast hands and even faster.

Where to buy: Amazon, Canadian Tire 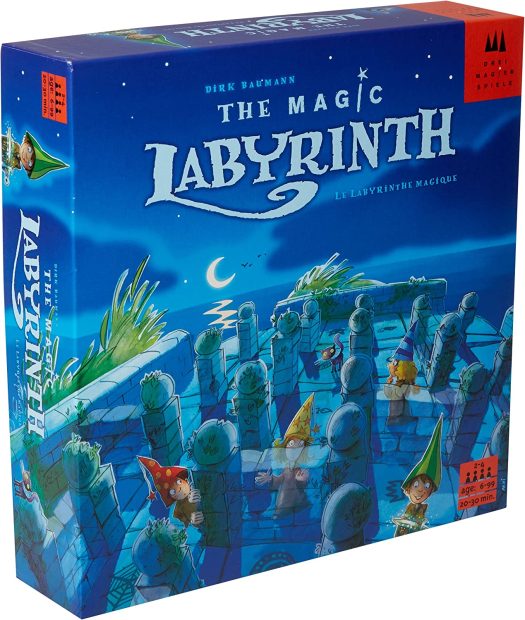 The apprentices to the Master Wizard have accidentally lost some objects in the Magic Labyrinth. Now, they must try to collect them before the Master notices that they are missing. However, this magical maze has invisible walls that the little wizards keep bumping into, forcing them to start all over again. Sharpen your memory and show your skill as you navigate the maze and win the Master Wizard’s favor.

Where to buy: Amazon

We are thrilled to team up again with our friends at Asmodee to give away the new Star Wars: Clone Wars game to one of our fantastic readers! The giveaway ends Wednesday, December 14th. Open to Canadian residents only. Enter on the widget down below.

*Disclaimer: I did recieve some of these items in exchange for inclusion. As Always all my opinions are my own*