Bullying is defined as to seek to harm, intimidate or coerce (someone perceived as vulnerable). 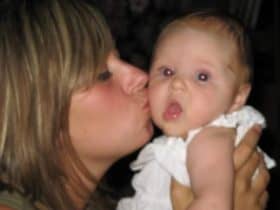 The word bullying gets so thrown around so much that I think it has lost impact. Most kids these days learn to not be jerks by being jerks. Just like adults, children have bad days and meltdowns. Unlike adults, children do not have the impulse control to always be able to bite their tongues or see that the end result won’t always be worth their mean comment or bad action.

I am the mother to an eleven-year-old girl. PMS and hormones are a big reality in my household. My daughter has a sarcastic wit and tough exterior. She is very sensitive and tries her best to be nice to people. She wears her heart on her sleeve and her thoughts can generally be read on her face for better or worse. She has come home crying from school with hurt feelings and has been so overwhelmed by bad choices that she has landed herself in her principal’s office. I am not a “not my child” parent. I understand that sometimes it is my child and we try our best to make every situation a lesson and hope that it isn’t repeated. I am that parent that understands that lessons aren’t always learned the first time. I am also the parent that will always support my child and try to advocate for her the best that I can. I also know as a parent how hard it is to realize that the people our kids are at home, aren’t always the people that they are when they are at school. I also I generally try to resolve problems with parents if the kids can’t do it themselves before escalating any situation to the school’s administration. This has a 50/50 success rate.

Our experience  with friendships and hormonal pre-teens has been less than joyful in my daughter’s Grade 6 year. She is in a non-catchment classroom, within her school, with 50% new children and a first time teacher. This classroom’s enrollment is based on a first come basis, so unfortunately for us, she was placed with a student that we had requested she be separated from. For us this classroom was something that was really important to my daughter and she was willing to hope for the best that things had changed. This girl and my daughter have been in class together from Grade 1-3. They started off friendly. They would have playdates and go to each other’s birthdays.This little girl’s parents put more importance on physical activities vs academics or family time. She always struggled a bit more than others and would be a bit distracting to others within the classroom. One day it broke my heart, she got physically sick in class and her mom left her recreational gym class to pick her up and take her to her grandparents so that she could go back to the gym.  The friendship ended after one of my daughter’s birthdays. The girl had criticized the food I was serving and said that she didn’t want to come to the birthday in the first place and wanted to leave. We happily obliged and sent her home.  We always tried to sympathize with the girl because it seemed like some of her negative behavior was a bit of a cry for attention and had very little to do with the kids in class. Once the friendship dissolved she would go out of her way to get negative attention from her peers and then accuse them of being mean to her. When Shopkins were a thing, the little girl would bring them to school even though it was frowned upon. She lost one and accused my daughter of stealing. Her mom waited until a day that she knew I wouldn’t be picking up my daughter to demand to search her bag and accused her of lying. The little girl found the toy at home but we never received an apology. There was another incident where the little girl had her shoelaces untied in gym class. The girls collided and she broke her collarbone. To this day she still claims that my daughter is at fault. Jump to this year this girl mostly stayed away from my daughter until they were sat beside each other. Both myself and the other parents requested a desk change but the teacher refused and said that kids have to learn to get along. The little girl would go out of her way to diagonally kick my daughter under the desk. The teacher would ask her to stop, she refused and it happened all day. It got to the point that she didn’t want to go to school. The little girl would cheat off other students and when she would get a better grade she would taunt them. She would go out of her way to click her pen loudly and unnecessarily throughout the day to get attention. The teacher and other classmates would ask her to stop and then the behaviour would continue.

I think that it is really important to teach our kids that there are positive ways to get attention and that not everyone is going to like you and that is okay. I also think that we need to teach our children how to apologize when they are wrong and to not spread rumors. The teacher said that in the real world that the kids need to learn to get along with people they don’t like which is true but if I had someone repeatedly make false statements to others it could be grounds for slander and defamation lawsuits. If my co-worker kicked me repeatedly it would be grounds for termination and possibly assault. I think that children can’t always understand the power of their words but doesn’t mean that the consequences of their actions will be any less real.

My daughter made friends with a new girl in her class in September. We do a big Halloween party every year and the girl attended. The friendship seemed to be like all other tween girl friendships where they loved each other one day and hated each other the next. My daughter had a friend from dance in common with this girl. Her mom had warned me that the new girl was a bit of a handful and had a bit of a perception of  situations issue. The girl in my daughters class and my daughter are both only children. I find that not growing up with siblings to get the instant reaction from that it can be challenging at times to see the situation as a whole. My daughter, for example, is quick to tell about the fall out of a situation but can’t always recognize without assistance what role she played to get the reaction. This is not just be an only child thing and is quite normal for the age group but in my opinion have noticed it more in only children. Sometime in November hormones in the classroom hit an all time high. Several girls, my daughter included, decided that the best way to handle their frustrations with each other was to slap each other in the face. The new girl and my daughter didn’t hit each other but there was a situation where the new girl dug her nails into my daughters arm to the point that three months later still has scars. The friendship changed from love/hate to hate/hate. That girl, who is 4’0″, threatened to beat my daughter who is 5’4″ and solid muscle after dancing the last 8 years. My daughter looped in her teacher but laughed it off. If my daughter had made the bad decision to engage in this girls threat my daughter wouldn’t have necessarily been the one to get hurt. I think that we need to teach our children to not start a physical fight and to remove yourself before emotions escalate. This girl continued to act impulsively and went as far as telling my daughter to go kill herself. Luckily my daughter didn’t take comments like this to heart but with a different person this could have been a very serious situation. This girl calls her classmates sluts, bitches and curses everyone out. The administration is aware that it is an ongoing issue but to the girl everyone else is a bully.

I really liked this girls mom and thought we were friendly but when I tried to reach out to her regarding the girls I was told that I was wrong and at times she just ignored my attempts to contact her. Her response was  that her daughter was blameless and that my daughter was the bully. Bullying was the same reason she left her previous school to come to the new one. When the mom sees my daughter in school she rolls her eyes and laughs. I think that we need to hold our kids accountable. If we want them to be kind to others than that is the behaviour that we want to mirror. If our kids are jerks than we need to stress the importance of them recognizing that and to be  remorseful and sincere in apologizing for it. When we have the attitude that it’s “not my child” then the child learns that they can blame others instead of recognizing the role that they played. 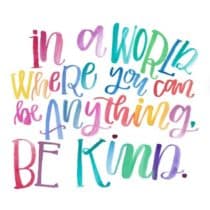 I hope that for anti-bullying day that we can be kind to each other because it is truly so much easier than to be mean. I would love to see more communication and less assumptions. My wish is that girls would see each other as allies not competition.