We are big horror movie fans and are looking forward to having so many great must-see options this year. The year is filled with original horror stories, returns to classic talks and sequels. With Valentine’s Day right around the corner a few of these would make a great date-night option.

Release Date: February 20th, 2020
Premise: Fun fact about this movie is that the “haunted” house that they use is actually the Craigdarroch Castle in Victoria, BC. The sequel follows a young woman who is the mother of a family. The mother, Liza moves in with her family to the Heelshire Mansion, not knowing of the doll and the impending horrors that await her. Soon, her youngest son finds the porcelain doll from the first movie and befriends it. This sets off a chain of events that puts the family’s life at stake and in grave danger.

Release Date: January 24th, 2020
Premise: A modern take on Henry James’ novella “The Turn of the Screw”. A young governess is hired by a man who has become responsible for his young nephew and niece after the deaths of their parents.

My opinion: This thriller leaves viewers guessing on whether this is a haunted ghost tale or the inner fantasy of a mentally ill woman. I’d say skip seeing in theatres and wait until it is streaming.

Release Date: June 5th, 2020
Premise: Feature adaptation of R.L. Stine’s book series. It is set to become the first film in a trilogy that will be released one month after another. In 1994, in the aftermath of a brutal tragedy in Shadyside, Ohio, a group of teens discover that a series of horrifying events that have plagued their town over many years might not be random, and that they may be the next victims.

Release Date: January 25th, 2020
Premise: A soon-to-be-stepmom is snowed in with her fiancé’s two children at a remote holiday village. Just as relations finally begin to thaw between the trio, strange and frightening events threaten to summon psychological demons from her strict religious childhood.

Release Date: June 12th, 2020
Premise: It is being described as a “spiritual sequel” to the 1992 horror film ‘Candyman’ that returns to the now-gentrified Chicago neighborhood where the legend began.

Release Date: February 14th, 2020
Premise: The enigmatic Mr. Roarke, makes the secret dreams of his lucky guests come true at a luxurious but remote tropical resort. But when the fantasies turn into nightmares, the guests have to solve the island’s mystery in order to escape with their lives.

My opinion: This movie almost acts like a prequel to the TV show. It is more of a thriller than a horror movie. I was anticipating it being gory and wasn’t as much as expecting. A few gunshots.

Release Date: April 17th, 2020
Premise: While we don’t know the plot for the sequel yet, it should pick up from the cliffhanger of the original and what happens next to Zoey and Ben. Whether they’re dispatched as part of a pre-title sequence before we follow another bunch of unfortunate players into an escape room remains to be seen.

Release Date: February 29th, 2020
Premise: When Cecilia’s abusive ex takes his own life and leaves her his fortune, she suspects his death was a hoax. As a series of coincidences turn lethal, Cecilia works to prove that she is being hunted by someone nobody can see.

Release Date: August 14th, 2020
Premise: It is based on James Wan’s 2011 graphic novel Malignant Man. Malignant focuses on Alan Gates, a cancer patient with a terminal diagnosis who is resigned to his fate until he discovers that his tumor is actually a mysterious parasite. Granted a second lease on life and incredible, otherworldly powers, Alan must fight against an evil army buried beneath society’s skin, all the while unlocking the secrets of his forgotten past.

Release Date: April 24th, 2020
Premise: This is from the producers of Get Out and Us. The story follows successful author Veronica finds herself trapped in a horrifying reality and must uncover the mind-bending mystery before it’s too late. 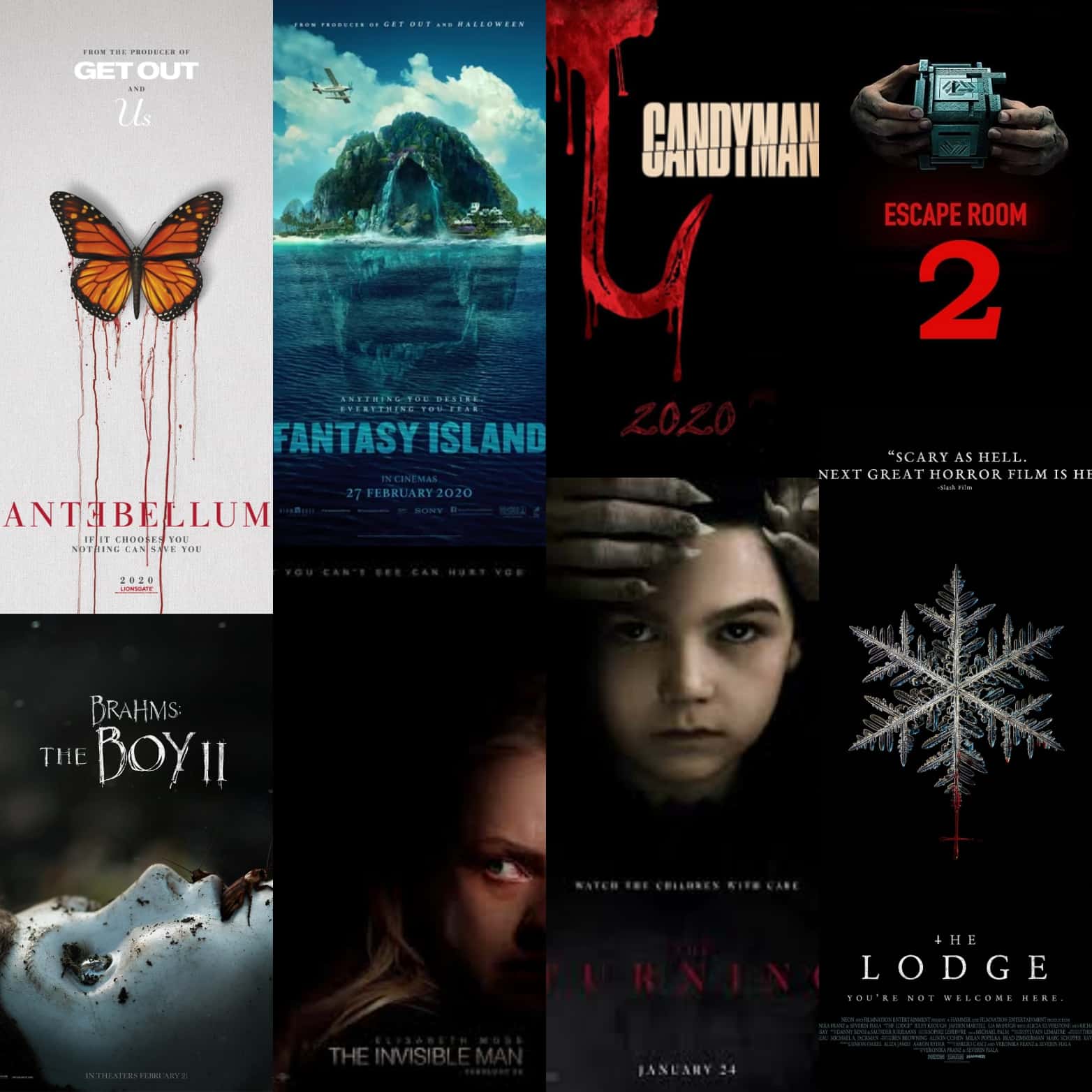 Let me know in the comments which you are most looking forward to seeing.