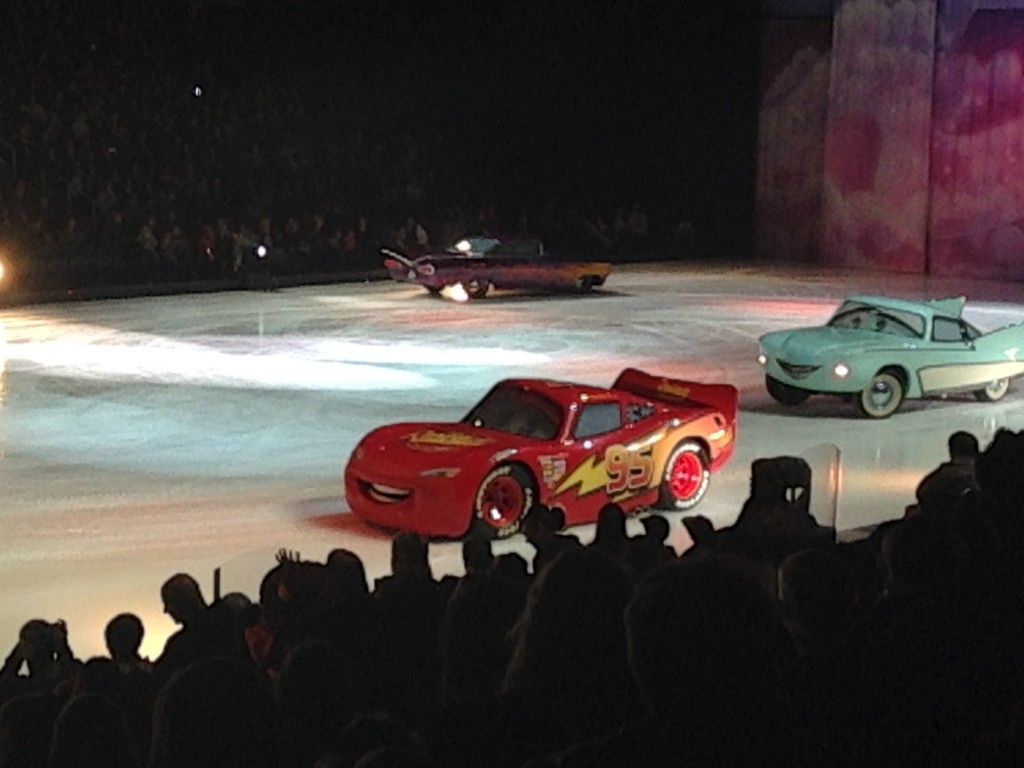 Last night I took my family to Disney On Ice.  I have only ever been to Disney On Ice twice in my entire life, and I am not entirely sure about how it was years back, I can tell you that this one was BY FAR our favorite! 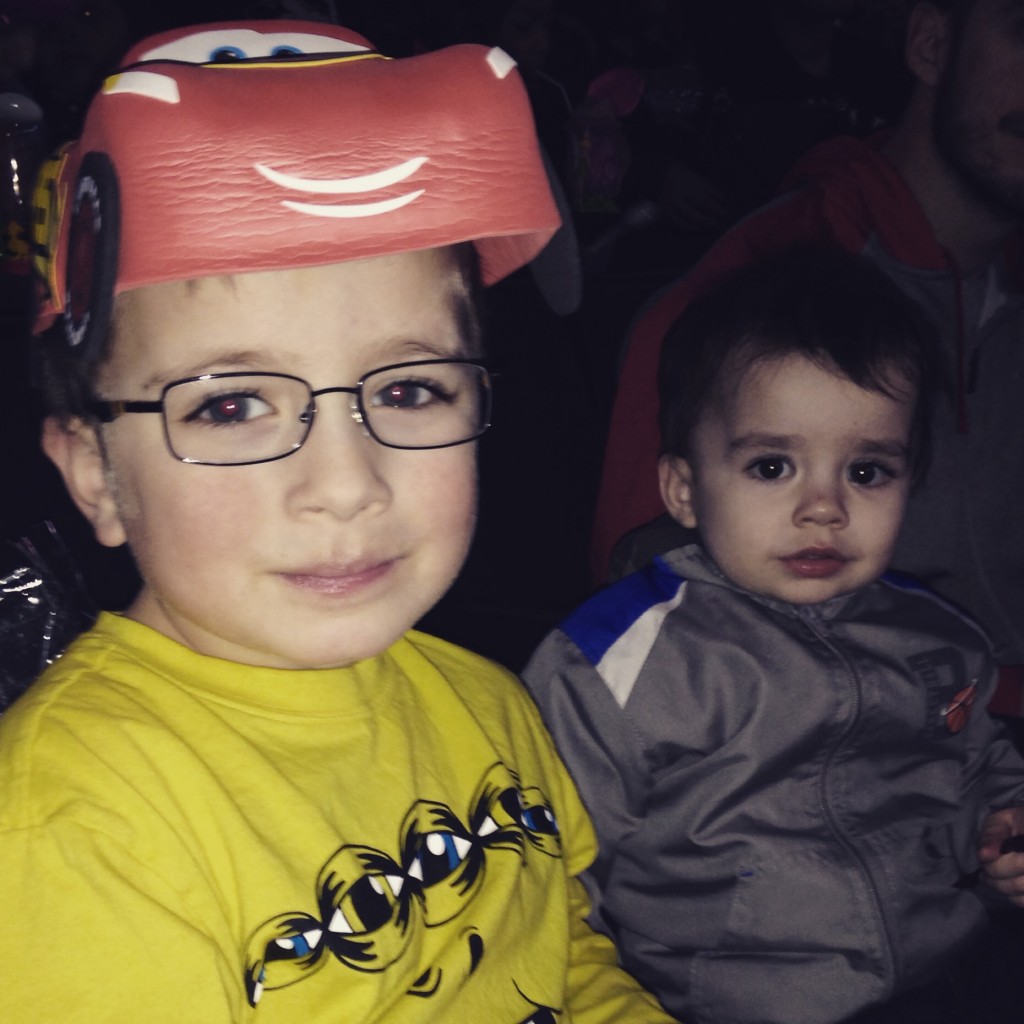 I have boys (pictured above) and this year they truly enjoyed the show! Disney always has princesses and Minnie Mouse and is always a fantastic show, but this year was really something different. 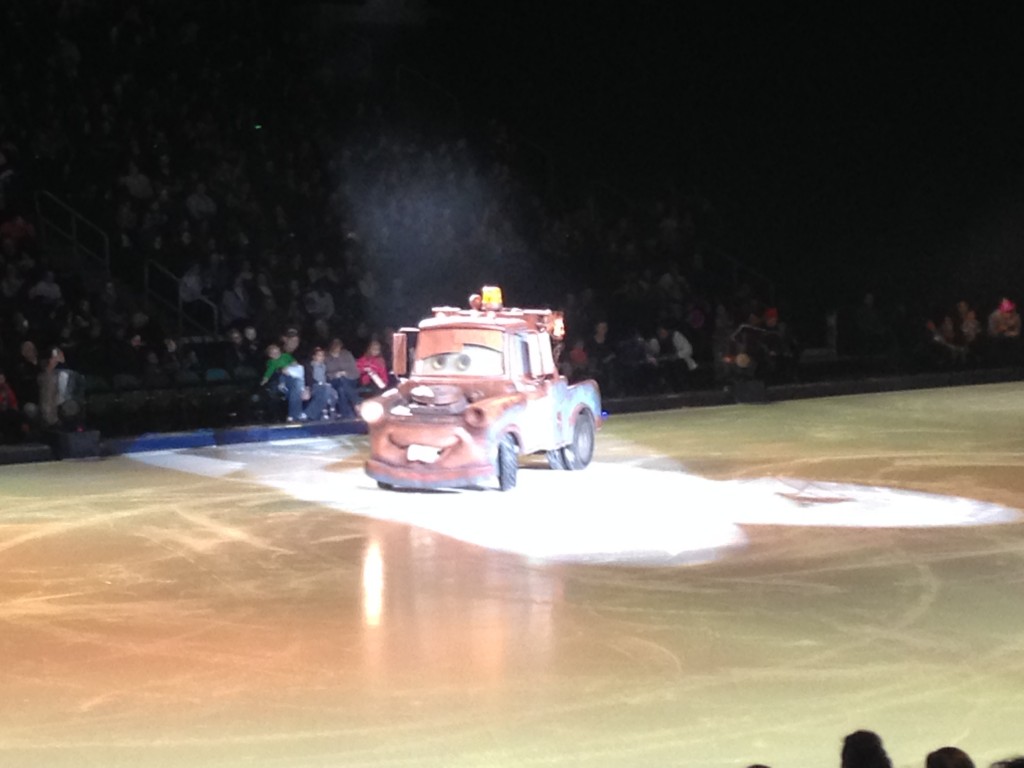 Our favorite, familiar faces – Mickey, Minnie, Goofy and Donald – visited different fantasy worlds, both vintage and new!  They started in Radiator Springs with our favorite Cars! My boys lit up when they saw Tow Mater and Lightning McQueen hit the ice! 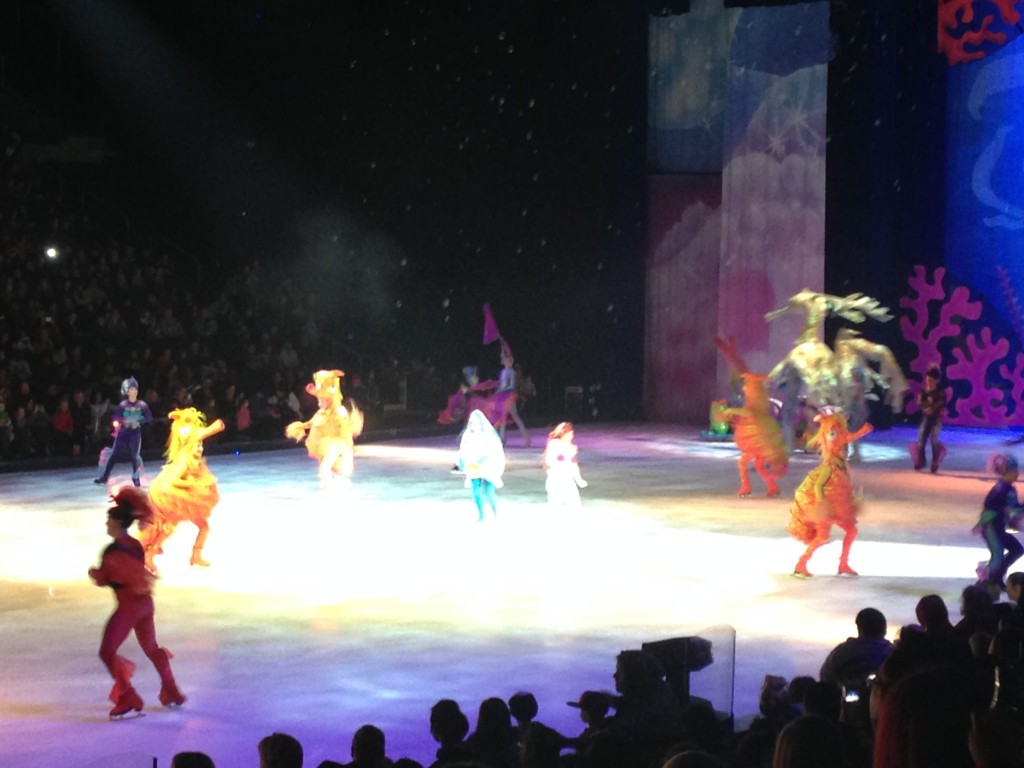 The Little Mermaid, always a crowd favorite, was skating under the sea! This year they even had a FANTASTIC Ursula!

But I’d have to say that the crowd favorite went to……… TOY STORY! 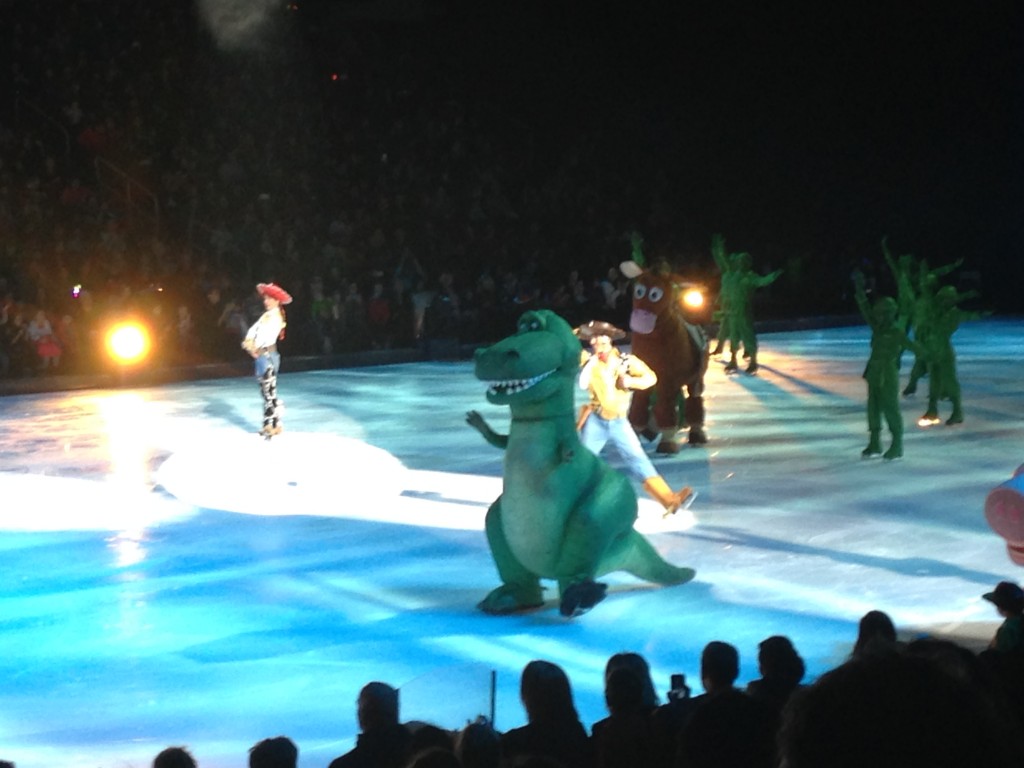 ALL of our favorite Toy Story Characters were there! It was most interactive, and the sets on the ice were amazing!  Life size army men, great big Slinky Dog, Ham and Rex, along with Woody and Buzz Lightyear skated around the ice and told a great story!  They summarized the plot from the latest Toy Story Movie, and featured their little alien friends and “The Claw!”

Overall, this show was a MUST SEE and my boys loved it so much, that they asked to go back again today!

Click here to purchase tickets to a Disney On Ice show near you!

Want more information about Disney On Ice and it’s shows?! Visit their website!

I received something of value from Feld Entertainment as part of their Insider Program. I was not required to write a positive review. The opinions I have expressed are my own.