I was provided codes to these films to facilitate this giveaway. 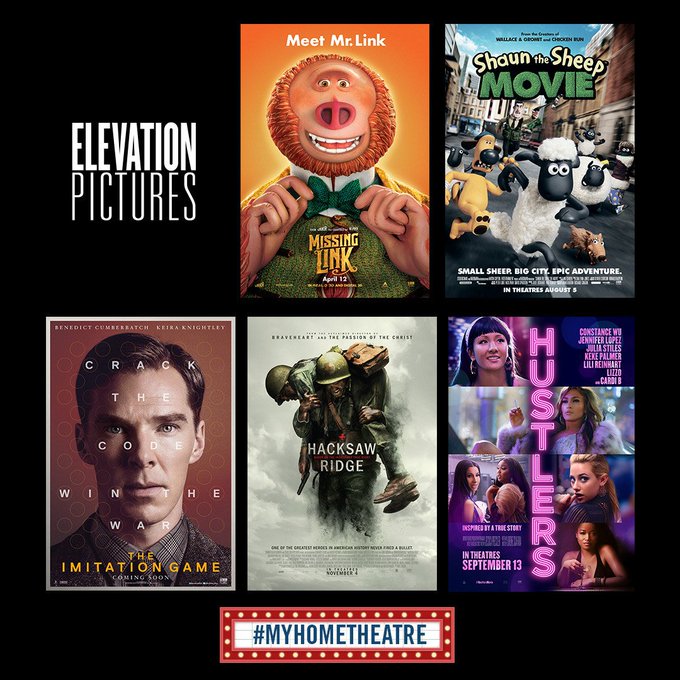 Getting bored of your normal streaming options? Elevation Pictures has put 50 of their most popular titles on sale on iTunes and Apple TV in order for people to watch films that are family-friendly, award-winning and enjoyable at a discounted rate. They have titles to fit the tastes of everyone in the family or for a perfect date night-in.

Films on sale include:

We had the opportunity to attend an advanced screening of Missing Link when it first came to theatres. Missing Link follows the life of the last known sasquatch, Mr. Link. This globetrotting comedy tips its hat to frontier Westerns, Victorian literature, and 1930’s creation. Sir Lionel Frost considers himself to be the world’s foremost investigator of myths and monsters. The trouble is, no one else seems to agree. He sees a chance to prove to himself by travelling to America’s Pacific Northwest to discover the world’s most legendary creature, the Missing Link. Mr. Link is slightly silly, surprisingly smart and soulful beast who Sir Lionel discovers. As species go, he’s as endangered as they get; he’s possibly the last of his kind, he’s lonely, and he believes that Sir Lionel is the one man alive who can help him. Together they set out on a daring quest around the world to seek out Link’s distant relatives in the fabled valley of Shangri-La. Along with the independent and resourceful Adelina Fortnight, who possesses the only known map to the group’s secret destination, the unlikely trio embarks on a riotous rollercoaster ride of a journey. Along the way, our fearless explorers encounter more than their fair share of peril, stalked at every turn by dastardly villains seeking to thwart their mission. Through it all, Mr. Link’s disarming charm and good-humored conviction provided the emotional and comedic foundation of this fun-filled family comedy.

When Shaun decides to take the day off and have some fun, he gets a little more action than he bargained for. A mix up with the Farmer, a caravan and a very steep hill lead them all to the Big City and it’s up to Shaun and the flock to return everyone safely to the green grass of home.

When her younger brother Charlie unexpectedly disappears into the magical, animated universe of PLAYMOBIL®, unprepared Marla must go on a quest of a lifetime to bring him home. As she sets off on a fantastic journey across stunning new worlds, Marla teams up with some unlikely and heroic new friends – the smooth-talking food truck driver Del, the dashing and charismatic secret agent Rex Dasher, a wholehearted misfit robot, an extravagant fairy-godmother and many more. Through their vibrant adventure, Marla and Charlie realize that no matter how life plays out, you can achieve anything when you believe in yourself.

Jennifer Lopez stars in this movie that was inspired by the true events told in a viral New York Magazine article, Hustlers follows a crew of savvy former strip club employees who band together to turn the tables on their Wall Street clients. The plot follows a crew of strippers in New York City who begin to steal money by drugging stock traders and CEOs who visit their club, then running up their credit cards.

Hacksaw Ridge is a 2016 biographical war drama film based on the 2004 documentary The Conscientious Objector. The film focuses on the World War II experiences of Desmond Doss, an American pacifist combat medic who, as a Seventh-day Adventist Christian, refused to carry or use a weapon or firearm of any kind. Doss became the first conscientious objector to be awarded the Medal of Honor, for service above and beyond the call of duty during the Battle of Okinawa.

We are giving away two packs of 5 digital codes.