If you are looking for something unique to do with your family during the holidays we have the perfect choice for any Little Women fans! Bring On Tomorrow Co. and Kay Meeks Centre are presenting Little Women this holiday season. If you are like me that has you completely tickled pink. This will be the perfect holiday outing to take your mother-in-law, mom, daughter and any other girlfriend you wish.

Being first written in two parts by the acclaimed Louisa May Alcott in 1868 and 1869, Little Women is a semi-autobiographical novel that follows our four favorite sisters: Meg, a hopeless romantic; Jo (my favorite), an aspiring writer; the hard-nosed Amy; and the kind-as-can-be Beth. Under the ever watchful eyes of their mother, they navigate hilarity, tragedy and romance as they grow to become adults. Filled with the same love, laughter, heartbreak and wisdom as Alcott’s narrative, the 2005 musical adaption with music by Jason Howland and lyrics by Mindi Dickstein brings these characters alive anew on the stage for your whole family to enjoy. 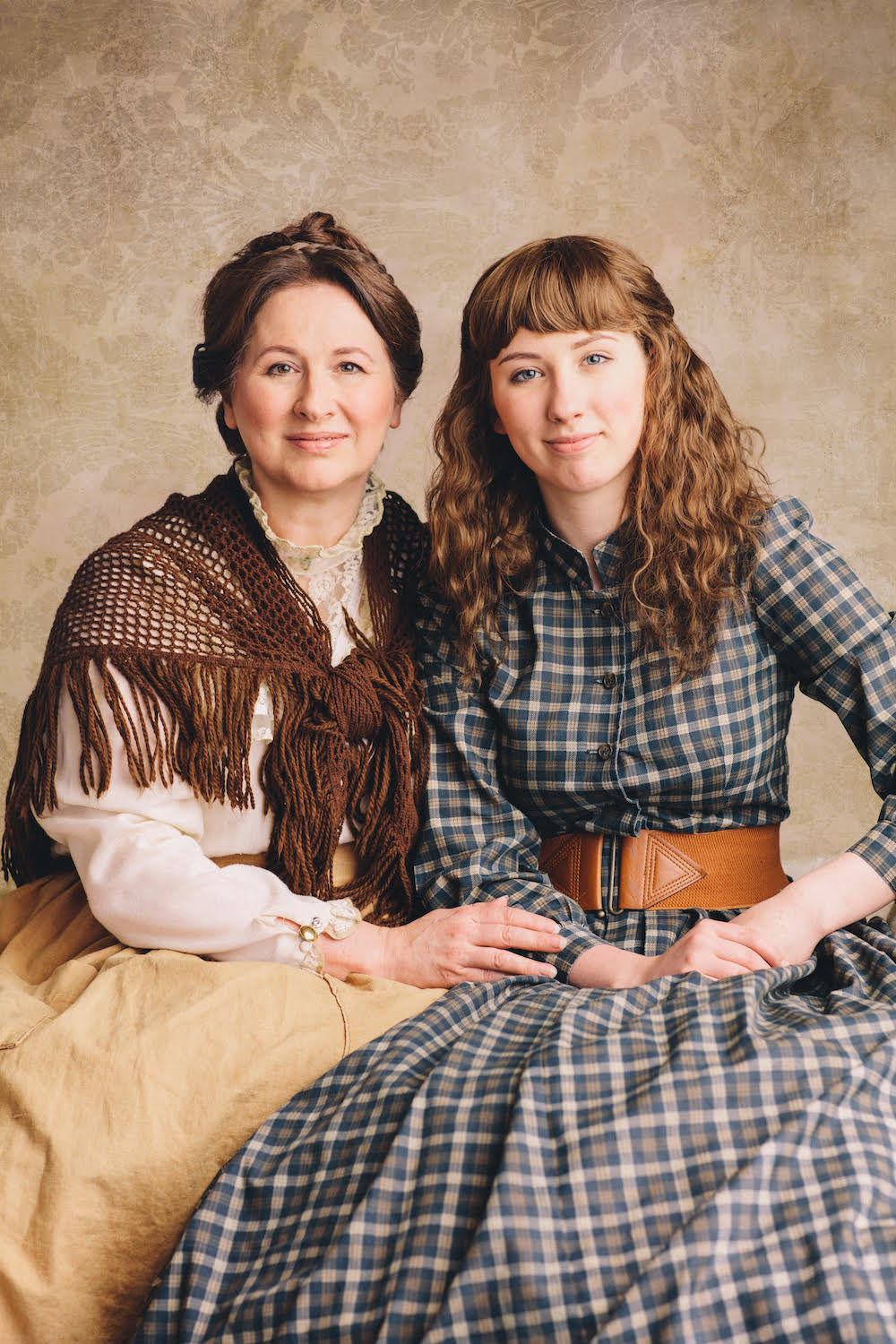 Starring as Jo March is Michelle Creber (18 years old), who recently appeared as Lucy in BOTCo’s 13: The Musical, and won an Ovation Award for her performance as Lambchops in BOTCo’s FAME. Ranae Miller, who last summer starred as Theatre Under the Stars’ (TUTS) loveable nanny Mary Poppins plays eldest sister Meg March. Jennifer Gillis (21 years old) plays Beth March. Gillis was Maria in 2016’s West Side Story at TUTS, and more recently appeared in Red, Hot, Cole! at the Roxy Theatre in Victoria. Julia MacLean (15 years old), who starred as Patrice in BOTCo’s 13:The Musical, takes on littlest sister Amy March. Playing the role of loving mother Marmee is Monique Creber, a versatile and engaging performer who often appears as a featured guest vocalist with symphony orchestras and on TV series soundtracks.

This cast of vivacious young women is going to take us away on a family journey we have all grown to love. We are even happier to announce that we will be giving our readers a chance to win a family four pack of tickets to go enjoy the show! With opening night being the 27th this could be the perfect stocking stuffer surprise for you and your family which is exactly what Little Women is all about.

Our additional talented stars are: 25-year-old William Tippery as Laurie, and local theatre mainstay and two-time Ovation Award-winner Chris Adams as Mr. Brooke. Adams who is also the associate producer of Little Women. Erik Gow, who starred as Schlomo in BOTCo’s 2016 FAME, plays Professor Bhaer. Stephen Aberle (Supernatural and The L Word) and Colleen Winton, who has performed at Stratford, Shaw and Charlottetown Festivals, play, respectively, Laurie’s grandfather Mr. Laurence and the March sisters’ forbidding Aunt. Completing this amazing cast that will is guaranteed to make your night!