Starting October 29, TELUS World of Science – Edmonton guests can dive deep into a story that is bigger than all of us and explore the largest animal that has ever lived in Out of the Depths: The Blue Whale Story. 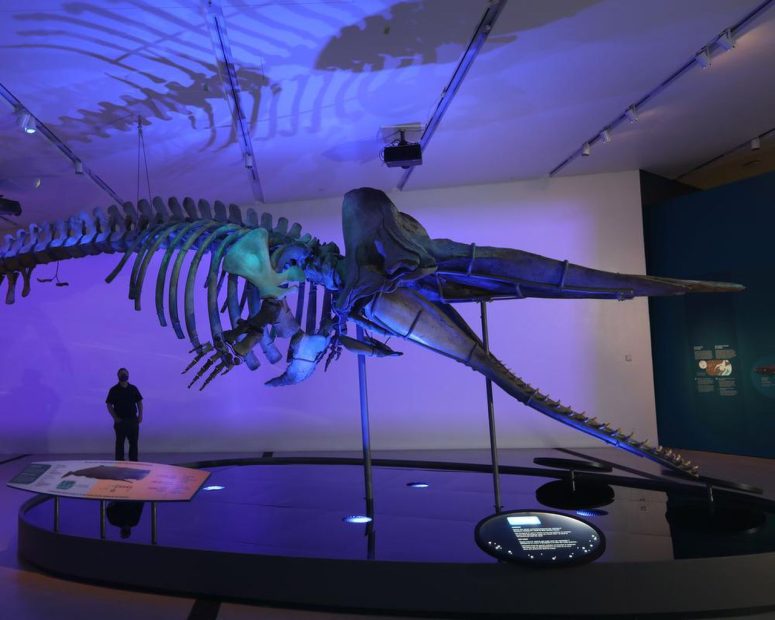 Out of the Depths: The Blue Whale Story, an original exhibition by ROM (Royal Ontario Museum), tells the story of nine blue whales that tragically lost their lives in 2014 when they became trapped in ice in the Gulf of St. Lawrence. The exhibition invites guests to share in the journey of the scientists who worked with local
communities to recover two of the whales, offering an unprecedented opportunity for scientific research on the elusive animals.

“Blue whales are magnificent creatures, but opportunities for research are limited,” said Alan Nursall, President and CEO of TELUS World of Science – Edmonton. “We are incredibly fortunate to offer visitors of all ages a rare glimpse into the world of these astonishing creatures. This is a once-in-a-lifetime chance to stand next to an 80-foot blue whale skeleton and begin to understand the enormity of these marine giants.”

Guests of the exhibition will be amazed at the sheer size and scale of the largest animal that has ever lived with highlights including:
• An enormous blue whale skeleton measuring 23.7 metres long.
• Over 40 objects and interactive experiences.
• A touchable blowhole, blue whale jaw, and the first and only real preserved blue whale heart.
• Plus, much more. 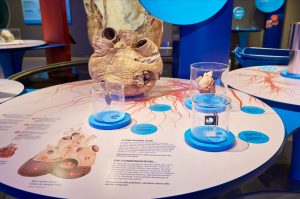 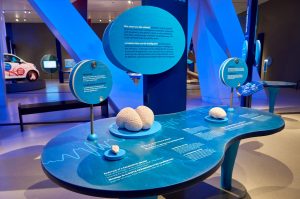 Out of the Depths: The Blue Whale Story is produced and circulated by ROM (Royal Ontario Museum), Toronto, Canada.

SPECIAL NOTE: This exhibition presents themes about blue whale anatomy and includes images of dead whales, which may cause an emotional response for some visitors.

Tickets for Out of the Depths: The Blue Whale Story are on sale now and can be purchased online at
www.twose.ca/OOTD