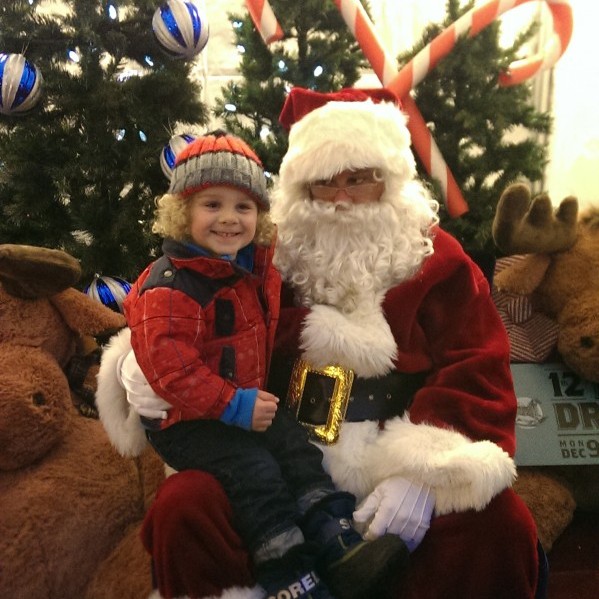 Ok, it wasn’t really a lie but more like one of those silly white lies. You know the ones you can be forgiven for later?

Here’s how it started.

Looking through the cupboards at what there was to throw together, I decided on tuna casserole. I love this dish as its a comfort food so suitable to this time of year. But I knew that we’d have a problem trying to convince my son to eat it, especially because he’s never had it before.

In our attempts to get him to bed on time and with a reasonably full belly, we’ve tried all sorts of things. And yes we have resorted to ‘kid food’ occasionally but that is a slippery slope as you may already know.

A No Kid Food Zone, sort of

Sure we serve up the occasional fish sticks and mac n’ cheese, but we always do our best to put a healthy take on it. Whether it’s by adding spinach to the rice pasta mac n’ cheese and calling it “Hulk Smasharoni’ or serving veggies alongside said fish sticks we don’t try to hide the healthy stuff. We just keep trying.

They say, whoever they are, (actually I have done a lot of reading on the subject but with this mama brain of mine I can’t tell you where I read it) that eating dinner fairly early (this is tough) and feeding familiar foods for dinner, with a bedtime snack as well, is the best way to make sure that your kid eats, and then sleeps.

But with all that said, who really understands what goes on in a toddler brain?  The best way to thwart the issue is to lie.

I told my son that I had a conversation with Santa on the phone. We talked about what we should leave for him to eat on Christmas Eve. And if that wasn’t bad enough, I then proceeded to tell a beautifully crafted lie that had me thinking I should be in politics. Even my partner was shocked but he soon bought into it. Ah…I’ve got a convert. Hahaha!

Santa is worried about getting too fat

I went on about how Santa loves to eat fish not only because it tastes good but it is good for his waistline. Santa told me that there are plenty of fish to eat at the North Pole but when he’s out delivering presents to all the good little girls and boys on Christmas Eve he doesn’t get the chance to have a healthy meal. Besides, Christmas Eve is a special night and so he loves to try all the cookies that are left for him. But, Santa is worried about getting too fat.

I told my son that Santa was going to come to our house first so that he can have a healthy dinner before finishing all his present delivering duties. But I said, I wasn’t sure if Santa would like what I prepared so I asked my son to help.

I told him that Santa would love it if he would taste the tuna casserole for him. And, if he liked it I would tell Santa the good news. I also said that we would make a few different dinners for Santa so that we could decide which one to put out on the table for Christmas Eve.

I am ashamed, sort of, to admit that I have taken the power that Santa Claus has over our children at this age and have used it to my own advantage.

But it was awesome because my son bought it hook line and sinker.

As my partner and I watched in disbelief our son proceeded to eat every blessed last bite of the tuna casserole on his plate. And after only a moment’s consideration he promptly gave the dish a two thumbs up.

What I didn’t tell him was that we were also leaving Santa a bottle of whiskey with two glasses. One for Santa, and one for me to ease my mama guilt. Come to think of it, this lie is hardly worse that that blasted Elf on the Shelf that seems to be lurking everywhere. That thing gives me the creeps.

Lee-Anne Ekland is the Community Director at Modern Mama Vancouver and manages the content here on Modern Mama. When she’s not working here and there, she’s over here at Mom Paradigm.com.

‘The way we view our world as moms changes as we learn to love and accept ourselves as we are.’

Mom Paradigm focuses on healthy living, lifestyle, parenting on occasion, wine and skin care. This journey is amazing and through my child’s eyes so much more fantastic and fun.