**Disclaimer – I was gifted a copy of this book to review. All opinions and views on this book are my own**

TRIGGER WARNING: This book/review could be a possible trigger for sexual assault, suicide, and loss.

-“An intensely personal and moving memoir by the father of Rehtaeh Parsons, the Canadian teenager whose tragic story sparked national outrage.”

Rehtaeh Parsons was a gifted teenager with boundless curiosity and a love for family, science, and the natural world. But her life was derailed when she went to a friend’s house for a sleepover and the two of them dropped by a neighbours house, where a group of boys were having a party.

The next day, one of the boys circulated a photo on social media: it showed Rehtaeh half naked, with a boy up against her. She had no recollection of what happened. For 17 months, Rehtaeh was shamed from one school to the next. Bullied by her peers, she was scorned by their parents and her community. No charges were laid by the RCMP.

In comfortable, suburban Nova Scotia, Rehtaeh spiraled into depression. Failed by her school, the police, and the mental health system, Rehtaeh attempted suicide on April 4, 2013. She died three days later.

But her story didn’t die with her. Rehtaeh’s death shone a searing light on attitudes toward issues of consent and sexual assault. It also lead to legislation on cyberbullying, a review of mental health services for teens, and an overhaul of how Canadian schools deal with cyber exploitation.

My Daughter Rehtaeh Parsons offers an unsparing look at Rehtaeh’s story, the social forces that enable and perpetuate violence and misogyny among teenagers, and parental love in the midst of horrendous loss.

-“The behind-the-scenes account of how this case led to new legislation on cyberbullying.” 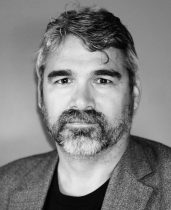 Glenn Canning is now an advocate for victims of sexual assault. He has spoken about Rehtaeh’s experience throughout Canada and the United States. 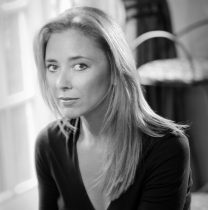 Susan McClelland is an award-winning magazine journalist and author. Her writing has appeared in the Walrus, the Guardian, and the Sunday Times Magazine.

-“A journey of profound loss, grief, and healing of a parent who lost a child to suicide and became an advocate for victims of sexual assault.”

This very powerful book highlights a tragic story that has happened way too many times and to way too many girls and women throughout the world. It is both heartbreaking and infuriating. While there is a major gap in teaching consent at school, the ultimate source of information should be happening at home. This book is a great opportunity to start a conversation between yourself and your teens: what to do if they see this behaviour happening between their peers, if they find themselves in this situation or how a sleeping or drunk person cannot give consent so the answer is always no. Cyberbullying is also starting way earlier than it ever has before, that it is very important to teach your children that whatever they say online is the same as if they are saying it someone’s face and in most cases they’d never so it shouldn’t be typed.

This book showcases Rehtaeh’s family vulnerability and unbearable grief. The fact that Carl was able to tell his daughter’s story so raw and courageously is commendable and heart-wrenching. This story shares how not only did his daughter’s peers let her down but the system that should have protected her failed her as well. It is a tough but very important story to read.

If you or someone you know are suffering please know that suicide isn’t the answer and please reach out to your local suicide hotline or a trusted professional for help. Canadian Suicide Prevention Service: 833-456-4566. 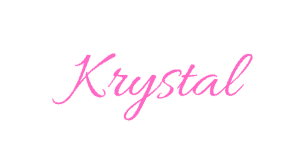