With Spring Break right around the corner, these 5 family-friendly movies are a great option to help pass the time as a family. There are a range of options from original stories, and sequels to re-visit their favourite characters.

Release Date: March 4th, 2020
Premise: Set in a suburban fantasy world, two teenage elf brothers, Ian and Barley Lightfoot, go on an journey to discover if there is still a little magic left out there in order to spend one last day with their father, who died when they were too young to remember him.

Release Date: April 3rd, 2020 (***Updated release date is August 7th, 2020***))
Premise: In the sequel the lovable rogue is back. Bea, Thomas, and the rabbits have created a makeshift family, but despite his best efforts, Peter can’t seem to shake his mischievous reputation. Adventuring out of the garden, Peter finds himself in a world where his mischief is appreciated, but when his family risks everything to come looking for him, Peter must figure out what kind of bunny he wants to be.

Release Date: March 19th, 2020
Premise: Poppy and Branch discover that they are but one of six different Troll tribes scattered over six different lands devoted to six different kinds of music: Funk, Country, Techno, Classical, Pop and Rock. Their world is about to get a lot bigger and a whole lot louder. A member of hard-rock royalty, Queen Barb, aided by her father King Thrash, wants to destroy all other kinds of music to let rock reign supreme. With the fate of the world at stake, Poppy and Branch, along with their friends, set out to visit all the other lands to unify the Trolls in harmony against Barb, who’s looking to upstage them all.

Release Date: March 25th, 2020
Premise: After the Emperor of China issues a decree that one man from each family must serve in China’s army, the eldest daughter of an honoured warrior disguises herself as a man to take her father’s place.

Release Date: March 13th, 2020
Premise: I Still Believe is an upcoming Christian biographical drama film. It is based on the life of singer-songwriter Jeremy Camp and his wife, Melissa Lynn Henning-Camp, who was diagnosed with ovarian cancer shortly before they married. Camp’s song “I Still Believe” is the film’s namesake. 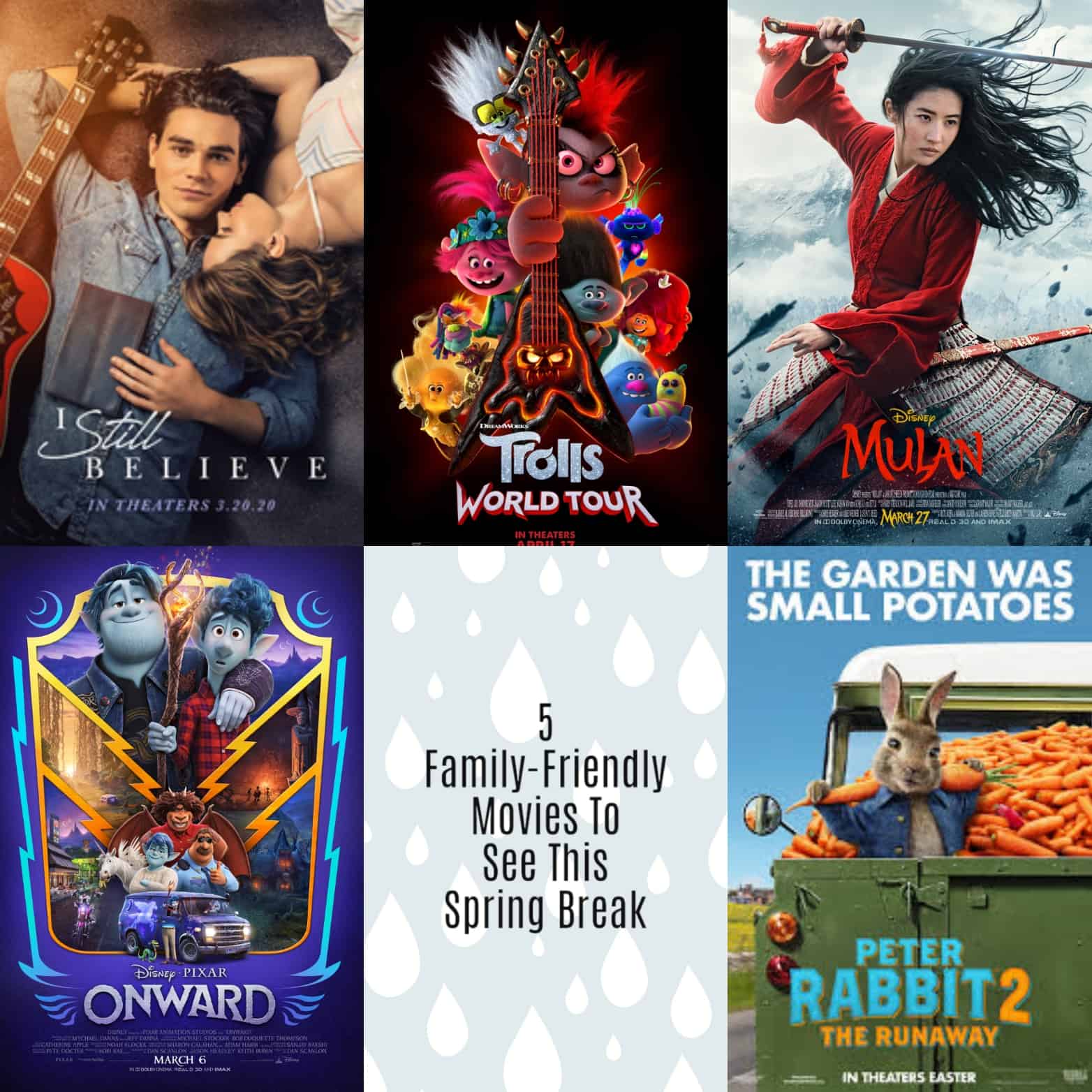 Let me know in the comments, which ones you and your family plan on seeing.