If your family is like mine, we are always excited to see a new Disney movie.

Walt Disney Animation Studios’ “Encanto” tells the tale of an extraordinary family, the Madrigals, who live hidden in the mountains of Colombia, in a magical house, in a vibrant town, in a wondrous, charmed place called an Encanto. The magic of the Encanto has blessed every child in the family with a unique gift from super strength to the power to heal—every child except one, Mirabel (voice of Stephanie Beatriz). But when she discovers that the magic surrounding the Encanto is in danger, Mirabel decides that she, the only ordinary Madrigal, might just be her exceptional family’s last hope.

Disney’s Encanto is in theatres on November 24

Modern Mama Calgary is excited to be giving away a pack of 4 tickets to see Disney’s Encanto one week before everyone else gets to see it!

Enter for your chance to win

Our winner will be chosen on Monday November 15.

Discloser – I did receive compensation for this post. I will always give honest opinions and all my reviews and opinions are my own. 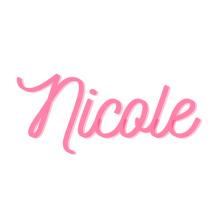