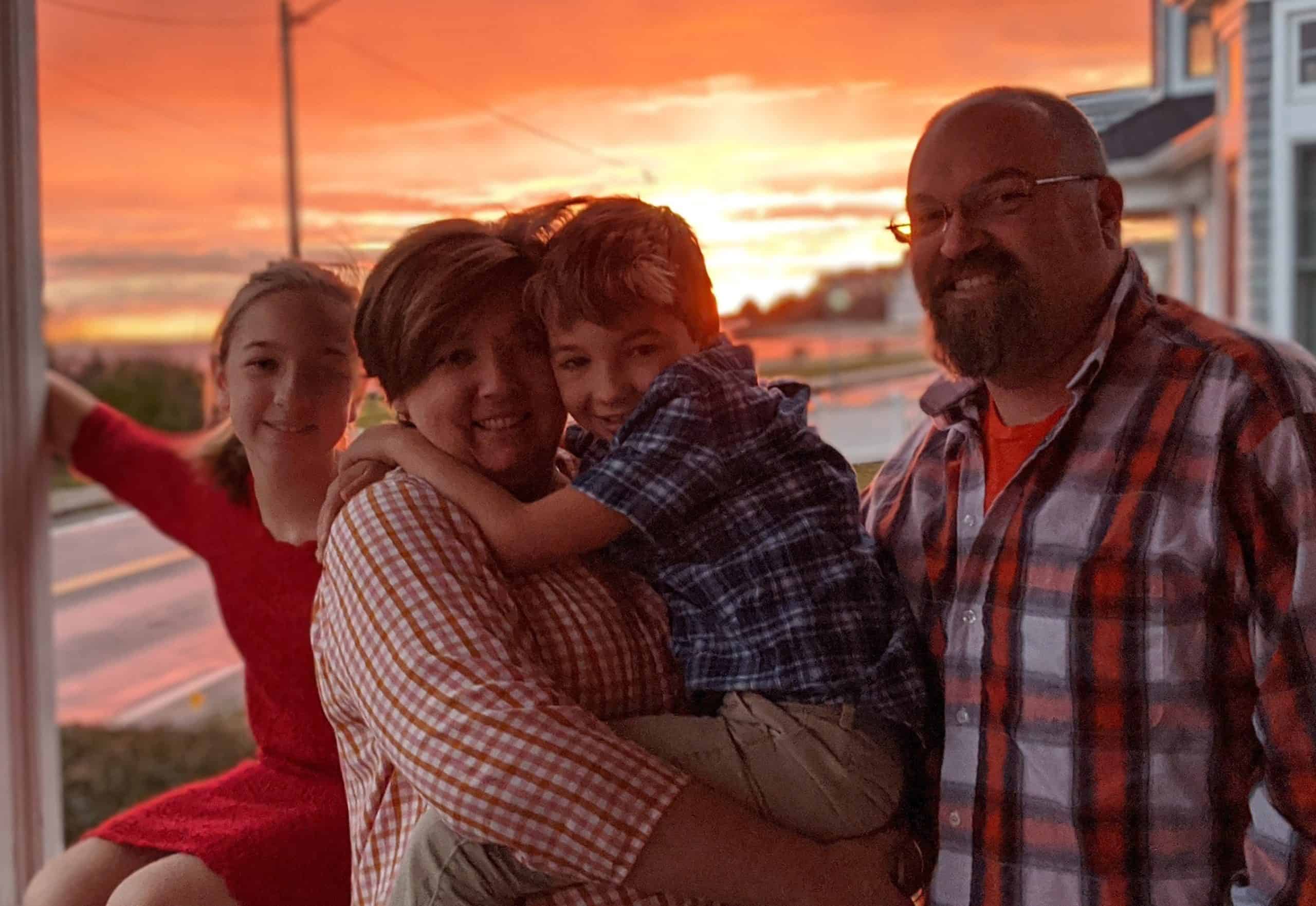 We are very excited to introduce you to Drew Bennett. He is a father of 2 great kids. He has been blogging at BenSpark.com for sixteen years. When I am not blogging or working on my YouTube channel I am taking daily photos. He had a 14 year streak that ended one day when he forgot to take a photo. That hit him hard so that he had to put the project aside for a while but is back at it and have one year under his belt again. He is a self-described big geek who loves toys and video games. He talks about all of that and travel and more at the blog which is called BenSpark Family Adventures.

Are you an urban or suburban dad, where do you live?

I live in a suburban town. I’d live in a cabin in the woods with no neighbors for miles if I could but I live in a suburb. It is technically a city and it isn’t the greatest one, but we bought a house we could afford in a neighborhood that is split down the middle from nice homes and good folks to run down 3 families run by slum lords. Guess which house is the dividing line? That’s right, mine. We’ve been in the house 8 years now. We moved in right before the birth of our son, Andrew. It was also when I changed jobs to take an overnight weekend position so that my wife could go back to work and I could be home with the kids during the week.

Tell us about your children?

Speaking of kids, I have two of them, Eva and Andrew. Eva is now 12-years-old and is so creative and fun. She’s got a geeky streak like me and we can talk Harry Potter, Percy Jackson and Star Wars all day long. She’s recently gotten interested in Dungeons and Dragons and Magic: The Gathering. She can throw together an original cosplay in a night and write page adventures for the family to play. She loves Acting, Dancing and stepped outside her comfort zone to play basketball this year. When not obsessively reading she is building Minecraft castles, sewing and creating.
My son, Andrew and I got off to a rocky start. When he was born we had just moved into our house. We learned that our neighbors in the 3 family next door communicated by screaming expletives at each other all the time. At one point my daughter said to me, “I’m glad that you are my dad, that man next door is not very nice.” So, I guess they learned how not to behave. Back to Andrew. I had also just started working an overnight weekend shift. Andrew would not sleep and I was getting poor sleep. He didn’t want to be cuddled like my daughter did and he frustrated me to no end. It took several years where it was he and I together every day for us to get into a groove. He is a great little guy but always finding his way in the world. We enrolled him in Karate so that it could help with self-control and discipline. He’s still the kids dancing to the music while he’s supposed to be in line. He’s funny, charming and sweet. He’s also infuriating. Then he can turn around and melt your heart. Andrew is 8.

Tell us about your typical weekday?

For me, a typical weekday is atypical of everyone else as I work weekend overnight shifts and that means that I work Friday from 7pm to Saturday morning 7am and repeat until Monday 7am. I have to flip flop my internal clock every week and have been doing so for 8 years now. It gave me time to be home with the kids when they were small so that I could take them to school and play groups and spend time with them. Now they are in school all day. My wife takes them to school in the morning because she works at their school and they come back around 4pm each day, unless there are after school activities. While they are gone I work on making videos for my YouTube channel and that often means playing video games.

I wrote an article for the Toy Insider Parent Panel on violence in video games and had to research Fortnite as that was the hot game for teens that features violence. I ended up enjoying the game a lot and began making instructional videos for people who were learning to play. It gave a big boost to my YouTube Channel. So, now I make more of those plus I review other video games and unbox tons of toys. Twice a week I take a Krav Maga class. I train at the school where Andrew is enrolled and I love it. I probably should spend more of my time working out instead of playing games but it is all about balance. 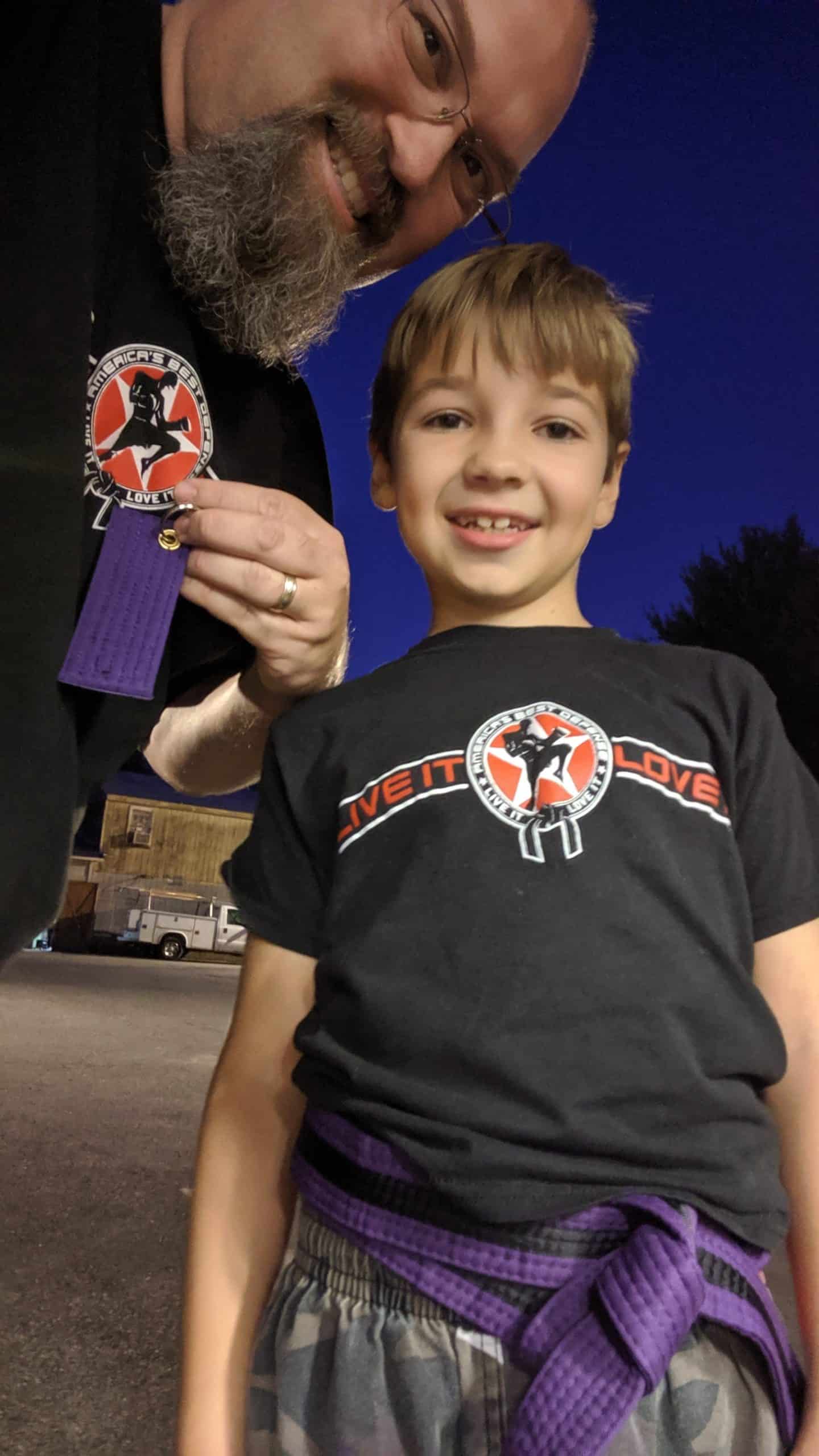 Do you have help? Who cooks dinner? How often do you have date nights?

Do have help? Well, at home my wife and I work together to raise the kids, we’ve been married for 14 years and love being parents. Allison, my wife, does the cooking because early on we learned that she hates to clean. We made a deal that whoever cooks does’t have to clean. I rarely cook. I am always cleaning. I keep the house in order and keep Mount Laundry to a small hill. I do the washing and folding. It is up to everyone else in the house to put their things away. Allison and I do not have a set date night. We spend our downtime watching shows that we both enjoy. It is hard to do a traditional date night with my work schedule but we do try and do special big events like see comedians that we both enjoy or go to plays. Working on my blog I get plenty of opportunities to go and see all sorts of movies and plays. I take the family as often as possible.

What clothing lines or stores do you like to purchase for your children?

Honestly we are in a hand me down cycle with friends and family. I used to work out at a gym and the owner gave me a ton of clothes from her daughters so Eva got all this great designer stuff. But we mostly shop at Target or clothing will come in from my Mother-In-Law who works at Macy’s so that she can have spending money and also get clothes for the kids. Personally, I have a rotation of about 30 t-shirts, two pairs of jeans, a suit for funerals and not a whole heck of a lot more to speak of. Clothing and fashion mean little to me. My daughter, however, loves to sew and she wants to create costumes for the theater and movies. But, the kids go to a school where they wear uniforms so there isn’t much need for extra clothes.

Do you exercise regularly and if so, what and how do you fit in it?

I do not exercise as much as I should. I had been on a great regimen at a gym called Koko Fit Club where you’d go, work out and get points that showed your level at the club. I worked out there so much each week but then decided to switch gyms so that my wife could work out at a gym too. The switch was a bad one and I stopped going. Then I started taking Krav Maga over a year ago and really like it. I’d like to start back up at Koko, but the price of Krav and the price of a gym membership together is too much for the budget. So, I have to make more time at home. I have a heavy bag to work out on and a treadmill gathering dust. Working out stopped being a priority and it shows. I have a lot of work to do to get myself in much better shape because I want to earn a Black Belt and that will take a ton of discipline and hard work. 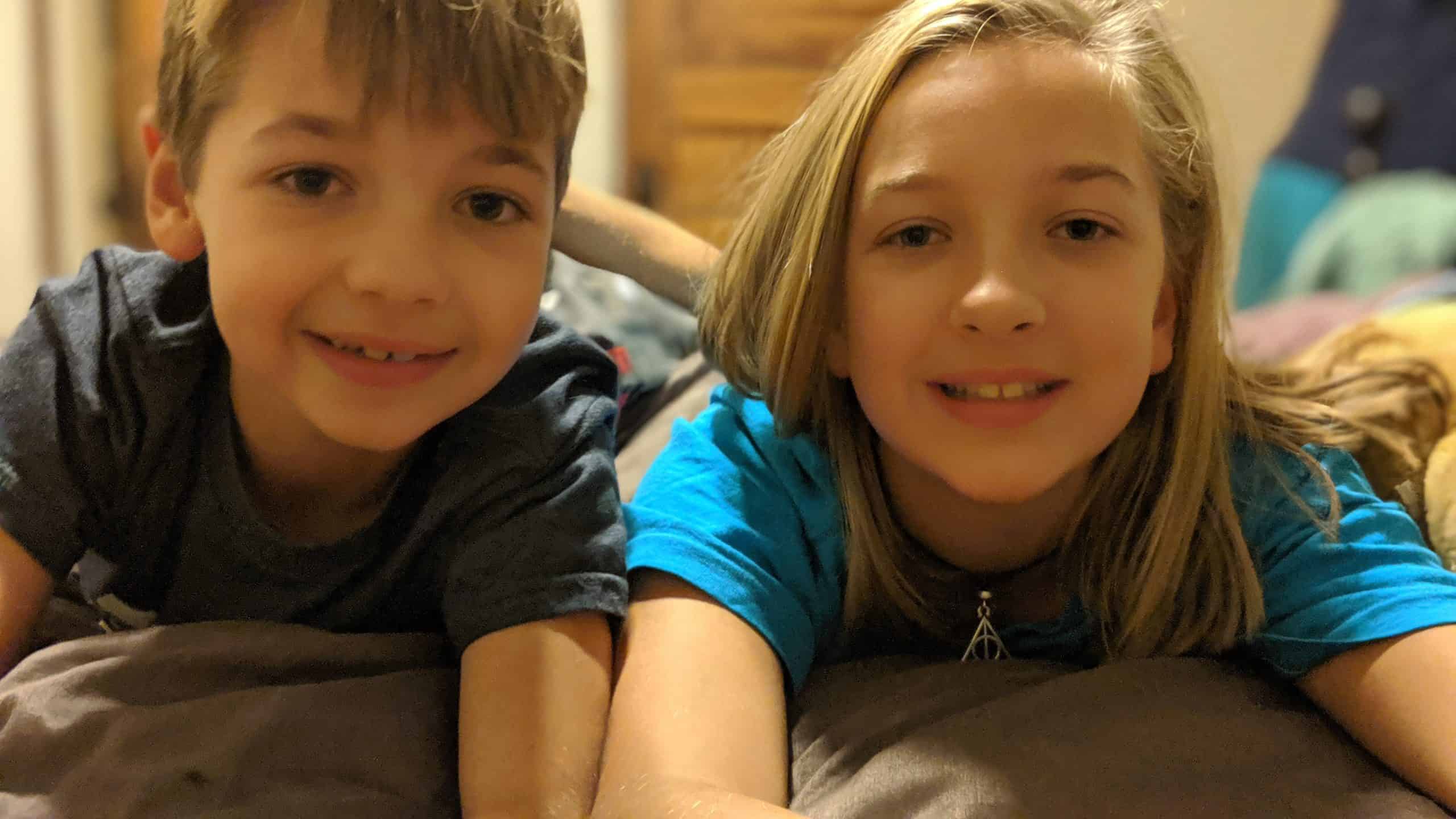 What is your favourite Christmas/Hanukkah gift that you have received as an adult?

I love when my kids and wife give me LEGO sets for Christmas. Putting them together with the kids is the most fun. This Christmas I got the LEGO Ideas Voltron set and it is awesome!

What are you currently watching?

The better question is what am I not watching?1? In my overnight job there is a lot of downtime and I have Netflix or Amazon Prime rolling. Most recently I watched The Mandalorian, The Witcher, Jack Ryan, and Kim’s Convenience. I’m going to start Schitt’s Creek and some others soon. With my wife we watch This Is Us, A Million Little Things, Young Sheldon, Arrow, the Flash, Supergirl, and Legends of Tomorrow. I watch Batwoman and Black Lightning on my own. I used to be on the Netflix Stream Team and would watch anything and everything that came out in order to report on it. I’ve been known to finish multiple whole seasons in a weekend.

Thank you to Drew for taking the time out of his day to let us know “How Does He Do It.”